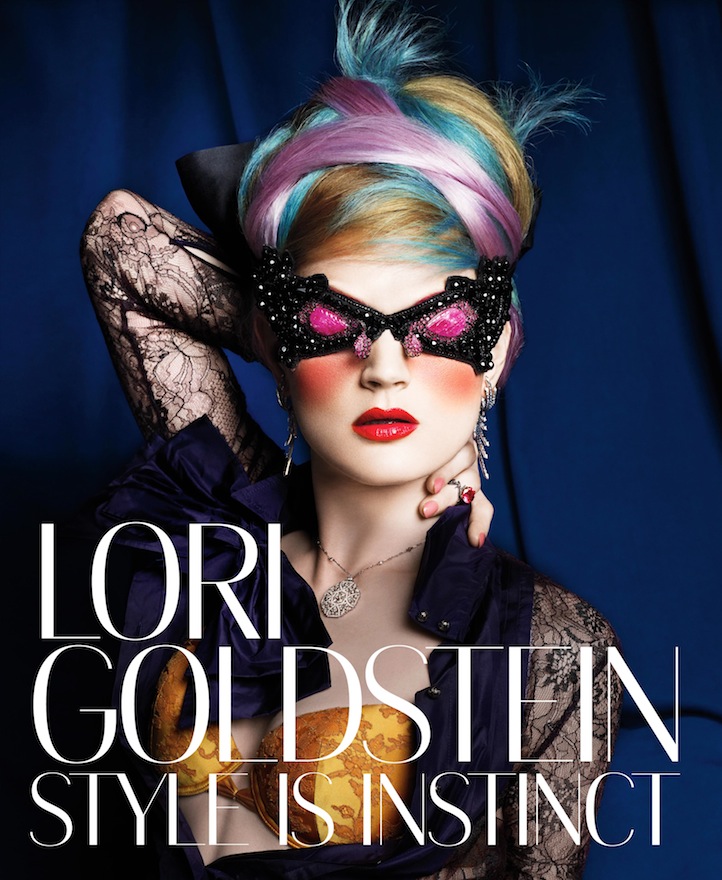 Stylist Lori Goldstein‘s motto is “everything goes with anything.” Over the years, as one of the most influential stylists of our time, Goldstein has helped to create and curate an aesthetic that is uniquely her own. Having worked with photographers like Steven Meisel and Annie Leibovitz, here Ms. Goldstein walks us through her new book, Style Is Instinct.

Life+Times: What was your editing process like? How did you even start to go through all your archives?
Lori Goldstein: The process was unbelievable. You have so many ideas in your head and think “How am I going to do this?” and then you just start. It took months – putting them all on a wall, staring at them, taking them off, putting them back on and then slowly but surely the vision starts to come. Specific images stand out that you know should be in the book and the others you know should not. Then the chapters took form. I approached it like I approach styling.  It felt really similar to editing a story. I call in so many clothes and then as you look at them al, you can feel what will make it in the story and what won’t. I guess at the end of the day, it really is about instinct. Which is why I titled my book Style Is Instinct. 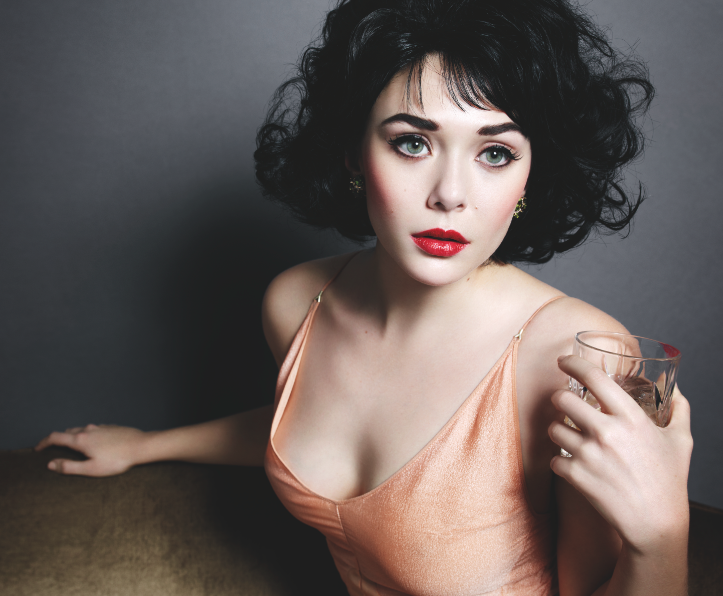 L+T: What do you want your readers to take away from this tome? Is there something you wanted to reveal about either yourself or your aesthetic through the creation of this book?
LG: I definitely wanted to reveal my style of work which is layering and mixing with a method. For me, the clothes come first as they are the most important. My stories always start with the clothes. I love fashion and the process that goes with. I have been more of a behind the scenes person in this industry (with really just my work speaking for me) so I wanted to put it all together in a book so that a new generation can see what it was like then. Things have changed so much that I really want to make sure every generation that comes (and now they’re interested in fashion more than ever) has the history of what was. I’m trying to get all my friends to do books. I think it’s the best way to physically document any times. 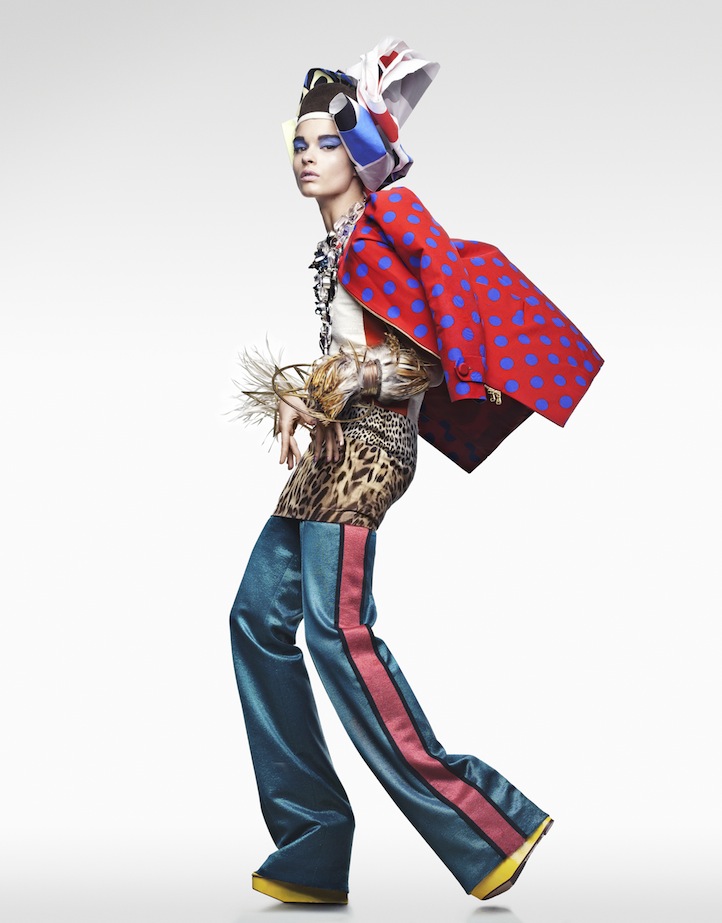 L+T: You have a special relationship with Mr. Steven Meisel. Where did your working relationship begin? Why was it important for you to have him write the forward?
LG: I met Steven very early when I moved to NYC thru Anna Sui. We grew up in the same times of the Mudd Club and downtown NYC being the epicenter. He wasn’t a photographer then and I wasn’t a stylist yet in those days. Our working relationship would start years later when we had the same agent at art and commerce as fate would have it. It’s maybe the best thing that ever happened to me. I adore and cherish all the work we have done together. Not to mention he is one of my best friends – which is why I was so touched when he offered to write the forward… no one knows me better than Steven! 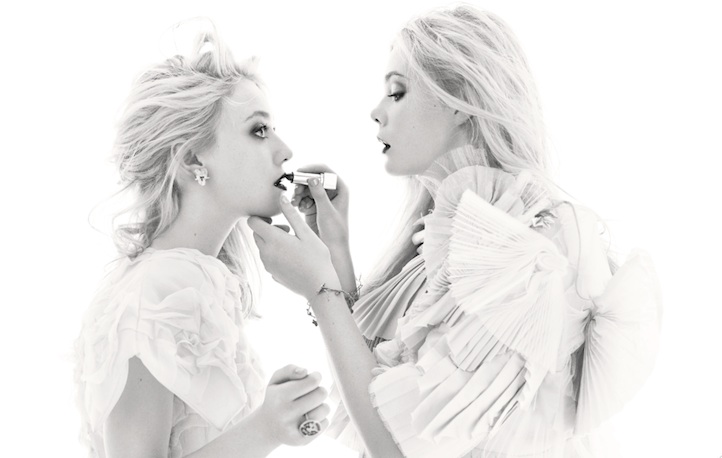 L+T: The book is divided into four chapters.  Can you tell me about these chapters? Why did they make sense?
LG: As I said earlier, as we were editing I could see the chapters. I always knew there would be the chapter “DIVINE.” I have this side to me that always loves the absolute gorgeous. The prettiest and the lightest – a great example is Chanel Couture…to be honest, couture really in general. The respect for the craft of clothes and fabric and these pictures just end up being so divine to me. Or a divine moment with a subject or model, its a mood that comes across that I love. It’s like being in the present moment and observing something surreal. The “SICKNESS” is that place that is beyond normal beauty – it’s a bit twisted and it’s kind of how I always felt growing up in Ohio. When I moved to NYC I realized everyone here saw life in that sort of way. It’s always about the beauty but in a perfect, sick unconventional way. Harmonious discord is just one blink more unconventional than the sickness. It’s really more about the clothing and my style of layering and mixing and pilling things on to make shapes and new forms. When I style there is a very clear method to the madness. Every piece of clothing, every texture and pattern and proportion is on purpose. Nothing is a haphazard and to me that is the harmonious discord. “POP” is my work with artists and actors and people in the public eye. I started working with Annie Leibovitz very early in my career for Vanity Fair and my very first campaigns with public figures so I had the privilege of being a part of this world before the word celebrity really even existed. 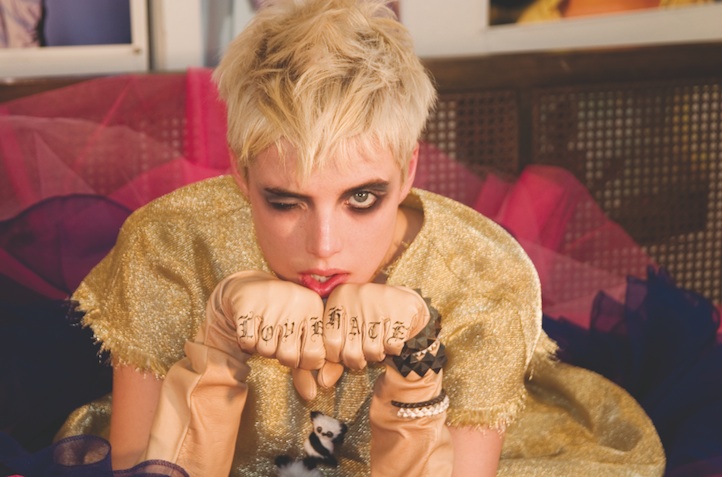 Style Is Instinct is available now. Credits on the next page.