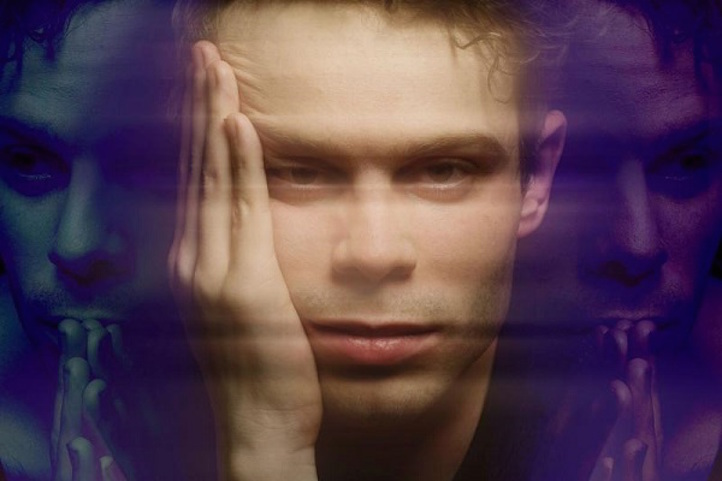 Before you proceed, just know that there are no girls in Shy Girls. There’s a guy, and his name is Dan Vidmar. The Portland-by-way-of-Pennsylvania-artist might be familiar to you as tour support for acts like Little Dragon and Roc Nation’s Haim. However, Shy Girls’ recently released mixtape 4WZ may propel him to the headliner. Sure, he gets the lazy Weeknd comparisons, coupled with a few “Timberlake In His Timbaland Era” adjectives, but Shy Girls is on a whole other playing field that’s all his own. He chops it up with Life+Times about his ascending success story and where he hopes to take his music. There are some secret collaborations in the pipeline too, so we’ll all have to stay tuned.

Life+Times: How has the response been from your mixtape 4WZ?
Shy Girls: It’s been good overall. Seems like people are really digging it. There’s a lot of streams, and I’m just happy to be able to finally put it out. I’ve been working on it for a while.

Life+Times: How long?
Shy Girls: Man, some of the songs I started over six months ago. Which is for me, a long time. I know people work on albums for years. Like D’Angelo, look at that whole situation. But for me, that’s a long time to work on something.

Life+Times: There’s a little patriotism theme going on in the mixtape. You mention Independence Day on “Renegade,” then you say, “America the beautiful” somewhere. What’s the deal with that?
Shy Girls: The first line of the whole mixtape is “America.” You know, honestly, as I was writing a lot of these songs, I was sort of feeling like… I was traveling a lot, seeing a lot of the country – because I toured like all summer – and just kind of seeing all these small towns, big cities and stuff like that and also seeing the beauty and also just some of the ugly parts of the country, and sort of relating to it myself in a way. I think that’s probably where that sort of theme came from. Also I just felt like it was, to me, a strong… Like, the imagery was strong for me. I kept sort of picturing, for example, with “Out Of Touch,” the first track, I kept picturing this all-American Fourth of July barbecue thing in my head, from when I was a kid in rural Pennsylvania. That sort of imagery had a lot to do with that song in particular.

Life+Times: It’s funny because before finding out you were in Portland, I assumed you were from the UK because of your sound.
Shy Girls: Like, “What does he know about America?” [laughs]. That’s funny.

Life+Times: Generic question…is Portland like Portlandia?
Shy Girls: Kind of. But also, I feel like it’s as much like Portlandia as Brooklyn is or a lot of places.

Life+Times: So they have organic water farms and stuff?
Shy Girls: [laughs] Yeah, there’s all that for sure. I mean, it’s a pretty small city, but it’s beautiful. It’s gorgeous. We’re surrounded by volcanoes and rain forests.

Life+Times: Wait, seriously?
Shy Girls: Yeah, seriously! It’s amazing. And you know, the scene here is small enough that I feel like I know everybody and in some ways, like they say, it’s where young people go to retire. I can understand that a little bit. But also, I travel so much that this is really only a part-time home for me at this point.

Life+Times: Where did you come up with the name Shy Girls? Because when I first Googled it, it brought me to porn sites.
Shy Girls: [laughs] Hopefully that’ll change eventually and I’ll be the first thing that comes up! But yeah, I don’t know. I get asked that question a lot. It kind of started out as this project where I was just playing music for my friends, and they all know who I was because I was the one sending it to them. So I just kind of came up with this name off the top of my head that I felt like embodied the aesthetic of the music. Me and my friends were always sending each other music under different sort of pseudonyms, and that one just stuck.

Life+Times: Where do you get your inspiration from? This project particularly feels like you were taking in a lot, experiencing a lot.
Shy Girls: Yeah, this past year was like I said, a lot of traveling and a lot of meeting new people. I also went through a breakup from a long relationship, and also my apartment almost burned down and I had to move. All kinds of stuff happened this year that was like, a little bit of a roller coaster, so obviously that seeps out in the mixtape. I feel like it’s a very personal and honest record, and I think people that know me well personally would agree, and could probably read into the songs even more than maybe other people.

Life+Times: Did you have any reservations about that kind of level of honesty, putting that out there?
Shy Girls: Not really, I think that’s the lifestyle I’ve chosen. Some people text their best friends incessantly needing to vent about things, and I just write it all down. I guess it’s my way of communicating. I feel like as an artist, or at least the artist that I want to be, being genuine and authentic is so important to me. So I feel like I have a responsibility to myself and to the art and to the people that are listening to be forthcoming, honest and revealing in some ways.

Life+Times: Where did you come up with the title of 4WZ?
Shy Girls: So when I was kid, there was a radio station in my hometown that was a pop station, and it was not called 4WZ, but it was called something similar, so I changed the name a little bit. I used to listen to it a lot, and my parents had this sort of radio tuner/cassette recorder thing, and I would listen to that station and make my own mixtapes. I would just record the songs that I liked so I didn’t have to wait for the radio DJ to play my favorite song. I could just have my own top favorite songs on one tape. So I grew up doing that, and it just felt appropriate to name it after that radio station.

Life+Times: I want to talk about your Tumblr real quick. Is this like the inside of your mind? Is that what that looks like?
Shy Girls: [laughs] A little bit. I have to be honest, my buddy Amar, who produced one of the songs on the thing and is one of my best friends and also plays keyboards with me when we tour, he actually runs a lot of that Tumblr because he is way better at it and is way more active on it. So a lot of that – and frankly the better stuff on there is him – so credit where credit is due. But yeah, we grew up together so we have sort of similar aesthetic tastes, and I can say for sure that’s probably something like the inside of my head. And his.

Life+Times: And you’re probably getting a Nike endorsement deal with all these posts, right?
Shy Girls: Of course, yeah!

Life+Times: Talk to me a little bit about touring and being support for some of these other acts, like Little Dragon and Haim. What have you learned while being on the road?
Shy Girls: I learned that it’s hard to maintain normal relationships with people when you’re constantly traveling, which I guess I already always knew. And I don’t know, I learned a lot from those bands in general. Just like sort of watching Haim for example, this was their big, breakout tour. This is after they blew up and were fucking huge and were on SNL, and we got to sort of be a small part of that tour and it was really cool to watch and learn from somebody who has taken it to the next, next, next level. So it was really cool. I feel like I learned a lot about just being a touring musician and how to do it the right way and what works live and what doesn’t.

Life+Times: So what does work live?
Shy Girls: I’m still figuring it out.

Life+Times: Are you going to be doing the festival circuit?
Shy Girls: No, I may be at some of those festivals for other reasons, possibly seen with some other people, but none of that is confirmed. ShyGirls won’t be at any of those festivals this year, unfortunately. The mixtape came out a little bit late, the singles and all of that, and they booked those things a while back.

Life+Times: So a little bit of an obvious question: how do you feel about the comparisons to The Weeknd?
Shy Girls: You know, I have respect for Abel. He obviously has an amazing voice, he did things from the ground up which I really respect. I don’t listen to a lot of his music. I’ve listened to the early stuff a bit, and I think it’s great. I think the comparisons are a little bit cheap. I think we probably both draw from the same influences. Like I am definitely influenced by Michael Jackson, and I definitely hear that in him as well. So I can see that sort of wheel turning in peoples’ heads, but I think especially this past year, he blew up with the Ariana Grande thing and I think that’s just the first name in peoples’ heads now when they hear R&B that’s a little bit sexy and emotive to the singing. So I don’t know, I think it’s a little bit of a lazy comparison, but I’m also not offended by it. That’s how I feel.

Life+Times: That’s fair enough. You both have your own sort of swag, but I saw it a lot in the YouTube comments.
Shy Girls: I get it all the time, “The white Weeknd.” That’s my label now.

Life+Times: So what’s next?
Shy Girls: There will be some touring coming up. I don’t have all the information on that yet, but there’ll be an announcement about that hopefully in the next month. So yeah, touring, and I’m getting back in the studio right now, on to the next thing already. I have some cool networking connections that I’ve made. I think I’m going to be working with some very interesting people coming up, so I’m pretty excited about the next six months or so.

Life+Times: No one you can reveal, though?
Shy Girls: Yeah, I can’t reveal just yet.

Life+Times: Who are some of your favorite rappers?
Shy Girls: These days I like Travi$ Scott, I like Young Thug, all that sort of stuff for some reason is right up my alley. Kind of excited about Kendrick and that stuff too. Some of the Top Dawg stuff is really cool. But yeah, I don’t know. It sort of changes every day.

Life+Times: Are you preparing for a full-length now?
Shy Girls: Yeah, we’ll see! I’m gonna keep writing. Honestly, the way that I release things is I’ll write and write and write, and then I’ll sort of decide what form it takes. Maybe I’ll just release singles, maybe I’ll release an EP. It kind of depends on how I feel it’s come together.