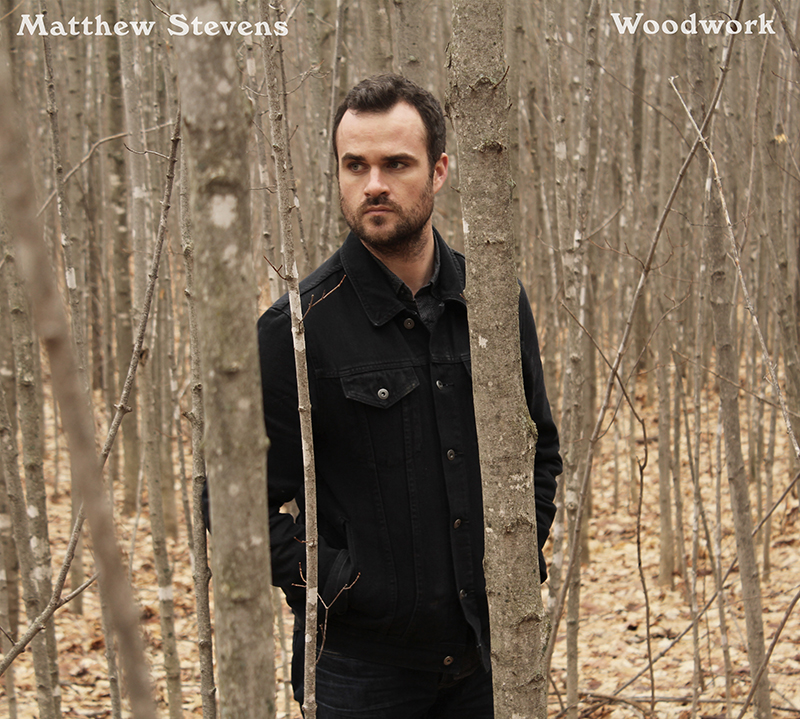 “The kind of music that makes me excited is the more mysterious stuff where it’s like, ‘Man, what is that?’, says guitarist Matthew Stevens. “I really try to approach my writing and improvising that way whether it’s in my own band or someone else’s. It’s such an open and exciting time in music to be able to draw on all these different influences and let that be what it is, and not be like, ‘Well, this is a funk tune, this is a straight-ahead tune, this is more of a rock thing.’”

Stevens, after years playing with a long-list of great musicians in their own right, including Christian Scott, Esperanza Spalding, Harvey Mason, NEXT Collective and others, has patiently waited for the moment to lead his own band. Thus, on Woodwork, his debut album, he steps to the forefront making the music he enjoys most, that which is difficult to classify. To change up the pace, he puts his guitar is at the forefront on most tracks dominating the melodies, and the album is exempt of horns and electronics.

“It felt really personal and maybe it wasn’t what people were expecting from me,” he says, “but it was really a huge part of who I am as a player and a writer, and I wanted to make sure it was presented in a really clear way, musically speaking.”

Life+Times spoke with Stevens about Woodwork and the mission behind his first album.

Life+Times: What made now an ideal time for you to finally release your debut record?
Matthew Stevens: Well, it’s sort of a natural evolution for me. I started recording a lot of my own music in the last four years in different situations and with different people. I was really just trying to not rush things and work with a timeline that felt natural to me. It’s easy to get ahead of yourself and say, “I have to have something out now or this year or next year.” Or, “I have to have something with this person or that person.” Really, there’s so many different avenues to get your music out these and there’s no rush. I felt like I was really learning a lot about how I wanted my music to sound and how I wanted to present myself. I had a lot of new experiences in the last few years with a lot of really wonderful different musicians, and I think that all of those contribute to having a sense of what’s important to you and refining yourself in terms of how you write and present your music. I just didn’t want to rush it.

L+T: You probably could have had your pick in terms of who you wanted to play with. Why did you select the band that you did? What sound were you trying to capture?
MS: I get to play with lots of great horn players, you know, but something that I really wanted to do – I was finding that I really wanted to play my own melodies. That was a big part of the music and I felt like, “Who better to interpret my own melodies than me?”  I knew I wanted to be the voice that was out front and I really wanted the guitar to be front and center, and sound like the driving force on the record. So, the rest of it was about filling out the instrumentation. I knew I wanted to have Gerald Clayton play piano – we first started playing together with Ben Williams and then with NEXT Collective, and we just developed a friendship and great musical relationship. [Bassist] Vicente Archer is someone I met playing with Jamire [Williams] with ERIMAJ at first. We were hanging around [the studio in Brooklyn] and spending a lot of time together, talking about music, playing together a lot, so that happened naturally. Eric Doob, the drummer, is one of my oldest friends. Him and I just have a real rhythmic kinship, I feel. Over many, many years of playing together, Eric and I have a real interesting dynamic, we interpret rhythm in the same way. It’s almost like we can read each other’s minds, we really feel the eighth note the same way and I really want to document that in this record and have that rhythmic thrust. Then, I wanted to add something else to add some texture and give it three-dimensional feeling. I wanted something else that’s not a horn, I didn’t necessarily want to go in an electronic direction and add keyboards or another guitar – Paulo Stagnaro is a percussionist. He and Eric had played together a lot. His father, Oscar, is a really well-known Peruvian bass player in Boston who I knew from when I was at Berklee, he was a teacher there. Paulo and Eric have such a strong connection, it felt like playing with 50 drummers and that was a really inspiring thing to play against.

L+T: To your point, it is hard to put your finger on the album in terms of genre. There is really nothing to call it. Working with, Christian Scott, Jamire Williams and others who pull from many different places, what have you learned as an artist? How has working with all of those people who work beyond boundaries like you helped you grow creatively?
MS: That’s always been what’s really excited me in music as a listener and been my guiding star, something I was always trying to work towards. In studying, you have to break things down to particular things to study. I spent a lot of time studying different kinds of music in a very concentrated way. So, there’s that element, but I think it’s all how you look at it. If you’re able to make those bigger connections and realize that it’s all connected – if I’m playing any kind of eighth note line over chord changes, no matter how far away it sounds, there’s still a direct line to Charlie Parker, in my opinion. That’s the seed of that and then everything grows out from there and branches are added. To me, it’s more of a mindset. You have to focus on different kinds of vocabulary. There’s always a balancing act between what you bring to a song, while also respecting history of the vocabulary. Working with all of those people, there was a real opennes. They’re not interested in, “We need to pay attention to this element or that element.” They don’t have an agenda to create something, it’s more of, “I’ve got this idea or this song, what is going to make it sound the best.”  To pick one sound to be married to for your entire career works well for lots of people; for me, it just hasn’t been what I’ve naturally wanted to do.

L+T: Which tracks are your favorite?
MS: It’s tough, because for me, when you write them all, you love all of them for a different reason. They all feel like your children. The 12 that you hear got cut down dramatically – I’m 33 and I’ve been writing for a long time, so I had a lot of music. I really love those two “Ashes” tunes a lot. It just feels like a blueprint for a part of the album, the textures of the record and what I was talking about in terms of the rhythmic hookup that I have with Eric and Paulo. “Woodwork” is one of my favorites because it’s one of those songs that came quickly and naturally and it’s really fun to play. I really like “Star L.A.” a lot, I like “Gently” a lot, the last track. That was one of the ones that didn’t come so easily. Most of these were first takes when we were recording without a lot of overdubbing, if any. Sometimes, there’s just an air in your recording session.

Woodwork is available digitally now. Its physical release is May 26.