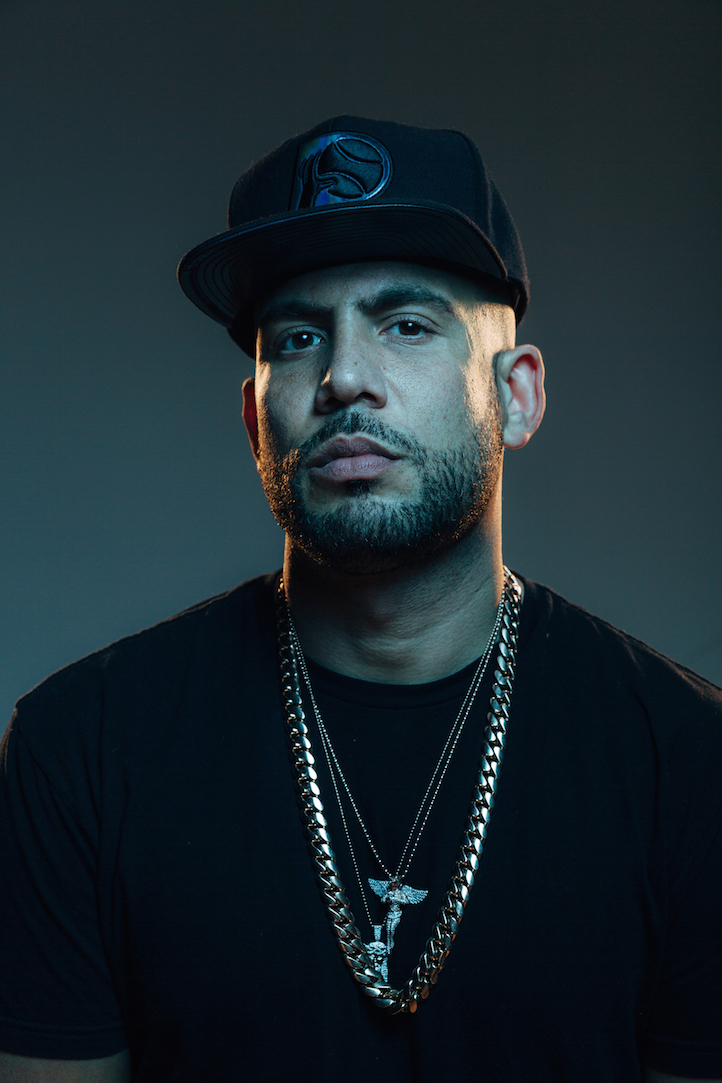 Both Jeezy‘s Trap or Die and Lil Wayne‘s The Dedication hit the streets a decade ago, which means that this year marks the ten-year anniversary of not one, but two classic Gangsta Grillz mixtapes. In the years since their respective releases, the mixtape game has been completely revolutionized. The mixtape has made the transition from underground obscurity to mainstream acceptance and the DJ Drama-hosted Gangsta Grillz series has played a major role in that transition. Gangsta Grillz tapes featuring hip hop heavyweights like Jeezy, Lil Wayne and T.I. have been game changers, as have the more unexpected projects in the series from the likes of Jean Grae, dead prez, Little Brother, and Pharrell Williams. “I was listening to Pharrell’s Gangsta Grillz —which quietly helped raise a generation just like Trap or Die had done — the other day,” says DJ Drama. “That Pharrell tape was a moment where worlds came together with what Pharrell was doing as well as with what Gangsta Grillz represented. A lot of hipster kids have come up to me over the years saying that’s one of their favorite projects ever.”

It’s 2015 and the Gangsta Grillz brand still resonates with hip hop’s elite, so much so that almost immediately after Drake dropped his surprise album, If You’re Reading This It’s Too Late, rumors began to surface that the project was originally slated to be the latest edition to Gangsta Grillz roster. Though Drama neither confirms or denies this to be true, the fact that the hottest rapper currently in the game would feel it necessary to associate a project of his with the legendary mixtape series says enough. “As a DJ, having my hand on the pulse of what’s next and knowing what’s the new and fresh shit has always been very important to me,” says the DJ, who attributes part of his success to his knack for keeping his ears to the streets.

Life + Times: People are still bumping both Trap or Die and The Dedication ten years later. How does it feel knowing that projects you helped create ten years ago are now considered to be undisputed classics?
DJ Drama: It’s definitely a blessing. I love hip hop. I love the culture.I love that projects we created ten years ago are now considered to be classics. It feels great. Having mixtapes that mean something to culture a decade later is quite the accomplishment and will go down in hip hop history. It keeps me focused. Hip hop is competitive and every year I want to win a championship.

L+T: You recently posted a picture on Instagram with you and Lil Wayne and you captioned it with “Dedication 6.” Can you confirm that the sixth installment of Wayne’s The Dedication series is in the works?
DD: We were at a club during the Super Bowl just chopping it up when we took that picture. Anytime we see each other we talk about collaborations, but I mean, of course there is going to be a Dedication 6. Anybody can tell you that my dates don’t always stick, so I don’t have no date on that, but definitely look for that in the future.

L+T: Do you have a favorite of the out-of-the-box Gangsta Grillz projects?
DD: It’s like having kids and since I have like 200 of them, I can’t really choose one favorite [laughs]. I honestly enjoy everything. The Little Brother and Pharrell tapes are very special to me though. Those were two of the first out-of-the-box projects in the Gangsta Grillz series. Jeremih’s Late Nights is also one of my favorites. I hate to even call that project a mixtape. It was more like an album. That was one of the best Gangsta Grillz ever made. My approach to that tape was a lot different from how I approached a Jeezy or Gucci Mane tape. It was just special.

L+T: Is it true that Drake’s If You’re Reading This It’s Too Late was originally slated to be a Gangsta Grillz project?
DD: No comment.

L+T: Not too long ago you were spotted in the studio with Young Thug and Don Cannon. Is that a sign that Young Thug has a Gangsta Grillz coming?
DD: I’ve been working with Thug consistently for the past year. He’s working on his new album. I definitely have some input. He’s a rockstar. He’s definitely one of the hottest new talents out here right now. I’m definitely enjoying Thug’s creative process and working with him on his new project.

L+T: What can we expect from T-Pain’s forthcoming The Iron Way Gangsta Grillz project?
DD: I’m going to just say it’s phenomenal. I’m serious. T-Pain is one of the most prolific writers of our time. The first time that he played me a lot of his music it was still unfinished. I don’t know if he’s joking sometimes or if he really doesn’t understand how amazing the music sounds. I’m just glad I’m able to add T-Pain to the roster of Gangsta Grillz. It felt incomplete without him.

L+T: I’m surprised that it’s just happening.
DD: This isn’t the first time we’ve tried to make it happen. We were suppose to do it a few years ago. We were actually in a session working on a mixtape at the time that I was finishing up the Quality Street Music album. That’s how the album’s intro came together. I felt like I was missing one. He came to the studio and played me the perfect record, which became the album’s intro.

L+T: Is there anyone that you haven’t worked with for a Gangsta Grillz that you’d want to?
DD: Drake.

L+T: You released “Right Back” featuring Jeezy, Young Thug and Rich Homie Quan a few months back. Can we expect to hear the next single from you’re Quality Street Music 2 album soon?
DD: That’s the plan.

L+T: Last year you joined the A&R team over at Atlantic Records. What was it about Atlantic that made it the right fit for you?
DD: I had done my first two albums on Atlantic, so the system Craig Kallman, Michael Kyser, and Julie Greenwald had was one that I was already familiar with. It was like coming home in a sense. There was also a roster that I was excited to work with. It was a great place to launch that side of my career.

L+T: It’s safe to assume that you’ve been getting similar offers for some time now, so why did you decide to take on the role of A&R Executive when you did?
DD: I just thought it was a good time when the opportunity presented itself. After the success of my last album and having my first gold record, I wanted to take my accomplishments in other directions. Helping behind the scenes on the consulting and A&R side of things with artists was something I had already been doing, so it was just bringing that to the table as an executive and making sure the building understood what’s important to the streets. That’s one thing I’ve built my career on.