Last December, DJ-producer Steve Angello revealed the news of the development of his Size Records sub-label, Size X. During this eight-month period since the announcement, Steve has taken the time to work with and mentor some of the artists on both of his labels. When he receives a song from one of the artists he represents, he takes the time out of his schedule to fully listen and constructively critique. “I listen to it, then I hear something special, then we just continue and develop from there. It depends from artist to artist,” Steve stated. “Some guys are really good in the beginning and some guys take longer time. I like that process of being developed. I like the process of teaching people. So, it’s fun. It’s a good process.” Whilst running two labels, the family man – who is a husband and father of two daughters – is also working on a new release of his own. On September 27th and 28th, Steve will host Size In The Park in NYC where he’ll perform alongside artists from his label.

Life+Times: What is the overall sound of Size X?
Steve Angello: It’s a little jackier. It’s a little more darker in a sense of production. It’s not as main stage sounding. It’s more like club-y, proper, house dance tracks. It’s, like, the real deal.

L+T: Very cool! What are some projects you have planned?
SA: I’m just gonna continue to push. I’m working on my album which will be done in May. It should be out in May. Singles are starting to drop now in September. That whole project is a different kind of ballgame for me because it’s such a big visual project. We’re doing movies.

L+T: Can you expound or do you have to keep it under wraps for now?
SA: I can’t say too much, you know. It’s a real creative flow, massively creative in visual and audio – it’s going its’ own path. 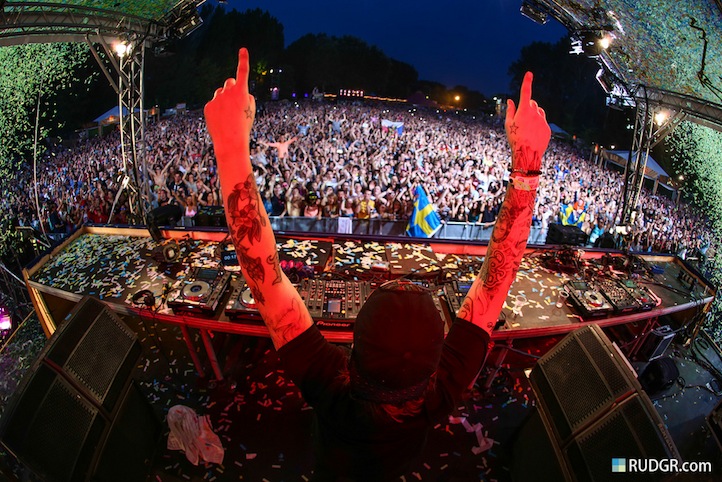 L+T: I can’t wait! Now, within your two labels can you tell me about some of the new artists you are working with? Who should everyone be on the lookout for from Size X?
SA: I have Harry Romero back, Armand Pena from Miami, [and] Sick Individuals. We have Phunk Investigation. We have Steve Mac – he’s working on a record. There’s, like, a lot of guys releasing new records. Both Size [Records] and [Size] X are doing really well. We’re in a really good flow right at the moment and we’re just having a lot of fun.

L+T: That’s great! For someone that’s not familiar with your labels, what would you say is the key difference between the two?
SA: I think that Size in general is a bigger label sound wise. It’s a little bit bigger sounding, more main stage – just large. Then, X is a little more club-y and proper dance music like how it started, developed. So, it’s the best of both worlds.

L+T: You and I had a conversation a bit earlier about Mysteryland. What would you say you appreciate more about this festival versus all of the other music festivals?
SA: There’s a lot of great festivals. I think one of the reasons, here, it’s grown very organically and they started out as a very small festival. With years of hard work, they kind of built their own empire. It’s just nice to come here. The culture’s great, everybody’s having a good time. People have been coming here for years. They know what to expect. They focus a lot on different genres of music, well, different genres within dance music. It’s just very organic. Its grassroots and they built this out of nothing. It’s pretty interesting. They didn’t start out with 60,000 people. It’s nice to come here.

L+T: You’re a dad, a husband, and you own a label. You have a lot going on! I’m always fascinated by artists that have families and careers. How do you keep a balance?
SA: It’s not as hard as it seems. When you love something, it’s not work. I’m home, I’m with the daughters, with the girls we’re having fun, then I go to the studio for an hour. Monday [Lily], the older one, she joins me and sits there while I work. The less work it actually is, it’s easier to handle. I’m just enjoying myself so much, so nothing is actually taking space. Everything is just pleasure. It’s not that tough. The girls appreciate it and understand when I’m leaving. They know what I do. For them I play music and they’re happy when I have new records. They’re like, “Yay! Daddy’s new song! Play it again! Play it again!” Then, after, like, ten times they sing along with the lyrics. I think that as long as you have fun with what you do, it’s not hard to keep the balance. 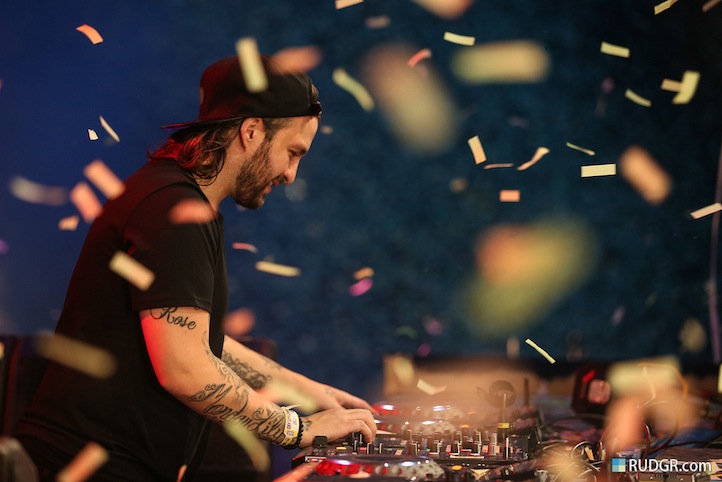 L+T: You said you’re album is projected to be released in May. Do you have any collaborators involved?
SA: A lot!

L+T: Can you tell me?
SA: No, I can’t. You know how it is with albums. I work with a lot of talented artists, a lot of indie bands and stuff. It’s taken a little indie turn – the whole album in a very creative way. [It’s] my definition of indie. It’s very interesting. A lot of people will be shocked. They’re gonna respect what I’ve done.

L+T: Oh! I’m so excited! I love when unexpected collaborations take place within music genres.
SA: Nobody expects this.

L+T: I even got excited when Rifo (Bloody Beetroots) got with Paul McCartney. It was so left field. No one saw that coming!
SA: That was amazing. That’s the way it should be.

L+T: A producer shouldn’t limit themselves to solely working with other dance music artists. How can you get inspired by listening to only one genre of music, right?
SA: You can’t. I don’t even listen to dance music when I’m home. I’m listening to Sigur Rós to Kanye to Coldplay to Metallica. Sometimes I go back and listen to old disco records. I’m really wide in what I like. So, how can I make an album that doesn’t express my journey in music? You gotta have the balls. I have really big balls with this album. (Laughs) So, hopefully this is gonna work.