Telling the story of a complex American icon is difficult territory to tread, especially when trying to walk Hollywood’s fine line between truth and entertainment. James Brown’s story is in good, cautious hands with Tate Taylor (The Help) though, director of Get On Up, the long-awaited biopic about James Brown, the “Godfather of Soul.”

“I got real protective of Mr. Brown and his legacy,” says Taylor. “If you ask people around the world, ‘Who is James Brown?’, nine times out of ten they start smiling and say he’s crazy, a drug addict, he beat his wives, etc., and that’s a very small part of this man. There’s so much people have no idea about. I realized that we needed to depict those dark moments in his life, but more importantly, we needed to show the 85 percent which most people don’t know. That’s how I approached the film: pack it with stuff people don’t know instead of filling it with flavor people already know and parody Mr. Brown with.”

Life+Times caught up with Taylor to discuss Get On Up and the life of James Brown. 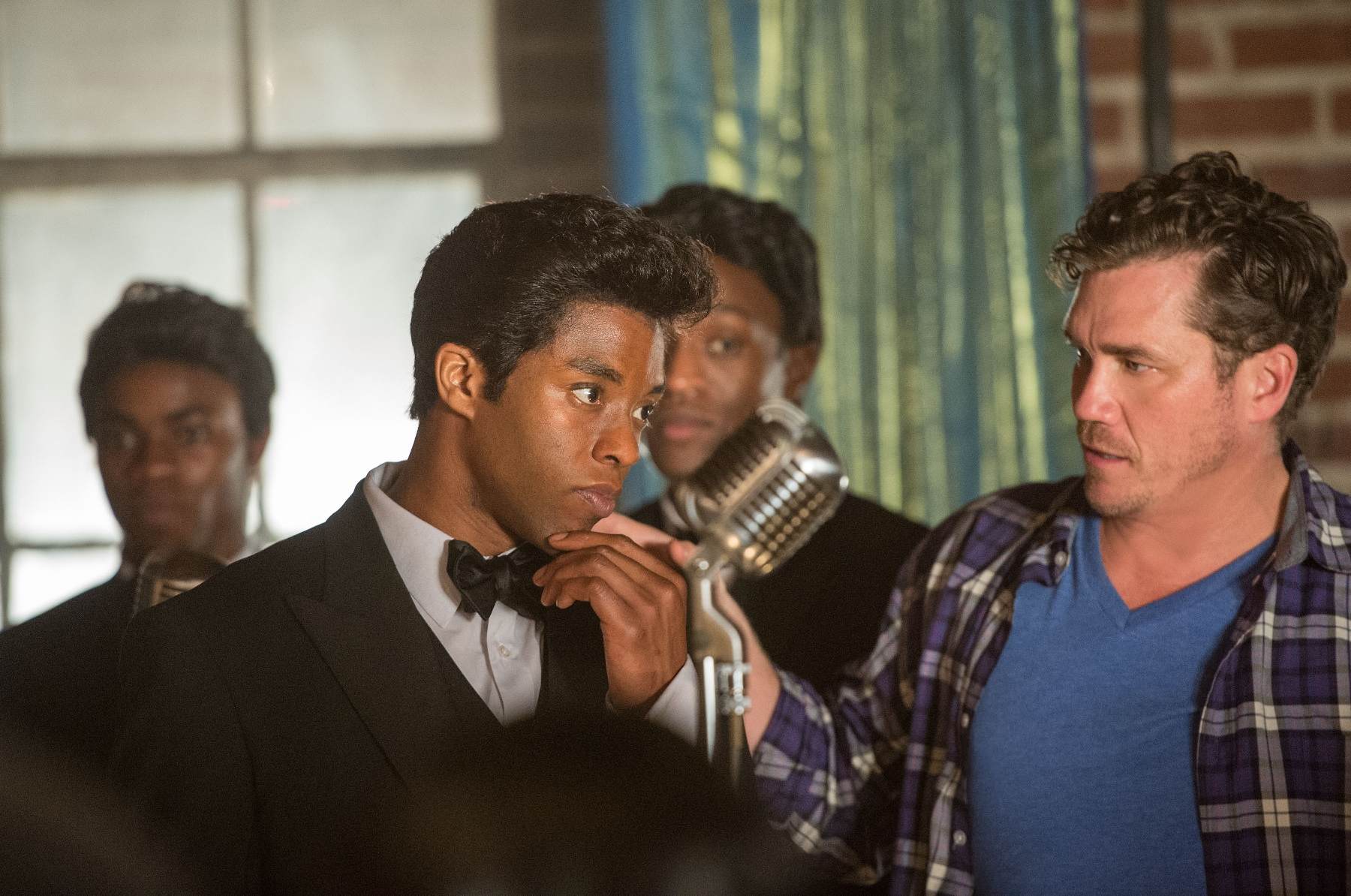 Life+Times: How did you come to be the director of the film, and what perspective did you take in trying to tell his story?
Tate Taylor: After the success of The Help, I was trying to find my next project. Two years had gone by and I couldn’t find what I wanted to do next. I was offered a lot of stuff, but I’m really picky in the fact that I have a checklist of things that I must have: pathos, humor, spectacle, an ensemble with really cool and different characters coming in and swirling around each other. I also look for something where the audience can leave having a sense of importance about the film, something they can take home with them. Man, that is hard to find. I was under this illusion that after the success of The Help I was going to be taken to this secret room in Hollywood where all these projects were; it doesn’t exist. I was at an unrelated meeting with Imagine Entertainment and [Get On Up producers] Brian Grazer and Erica Huggins about doing a television project, and while I was there someone mentioned that the James Brown script had just come in. Being a southerner and a James Brown fan, I was curious to read it. So, they gave me the script; right after the meeting, I got on a plane to New York and somewhere over Vegas, it got me. I said, “Oh my god. This man’s life has checked every box of mine and the stories I want to tell.” I landed and called them and said, “Can I direct this movie for you?”,  and three days later we were off to the races. What grabbed and shocked me about the story that I hadn’t known was the pure, true rock bottom abandonment this man faced from early ages. The fact that he was seven years old and left alone for six weeks in the woods by his dad to fend for himself – I still can’t wrap my head around how a kid survives. For me, it wasn’t a story of how did he get from point A to point B and get so famous. I saw in him something that I feel in myself, and something that anybody can relate to when they’ve gotten a little bit of fame or success: the fear of going backwards. In James, I saw a man fighting to stay relevant, to reinvent himself, being challenged when people thought they had him figured out. I think that was a cool drive that he had, and out of that drive he changed music forever.

L+T: For you personally, how did you come to know James Brown on a musical level growing up?
TT: In the South, we all – no matter what color you are – are proud of people that come from our land. We’re always the underdogs, talked about poorly or there’s misconceptions – and there’s definitely some dark, sad truths about the South – but we’re proud of our Elvis Presley’s, we’re proud of James Brown and R.E.M. James was always a part of my life. My mom always had him playing in our house; my grandparents, all my family lives in South Carolina, and it was always a big deal that James was from there. I always grew up with that excitement as a kid. As I became a young adult and I started realizing that I wanted to be in the entertainment business, one of the most influential movies of my life was Blues Brothers. I remember being 12 years old and seeing it, and I just couldn’t believe anything goes in that film. And sure enough, the legend himself, James Brown, appears in that film and I had such a sense of pride. That was who James was for me. The protective nature and ownership I took of him as a Southerner is what made me want to read the script, probably to make sure they didn’t mess it up. Then I somehow wanted to bring back the Blues Brothers movie to this film, and it’s all a really serendipitous mix of history and protection. That’s why I wanted Dan Akroyd to be in the film, I wanted it to be full circle. 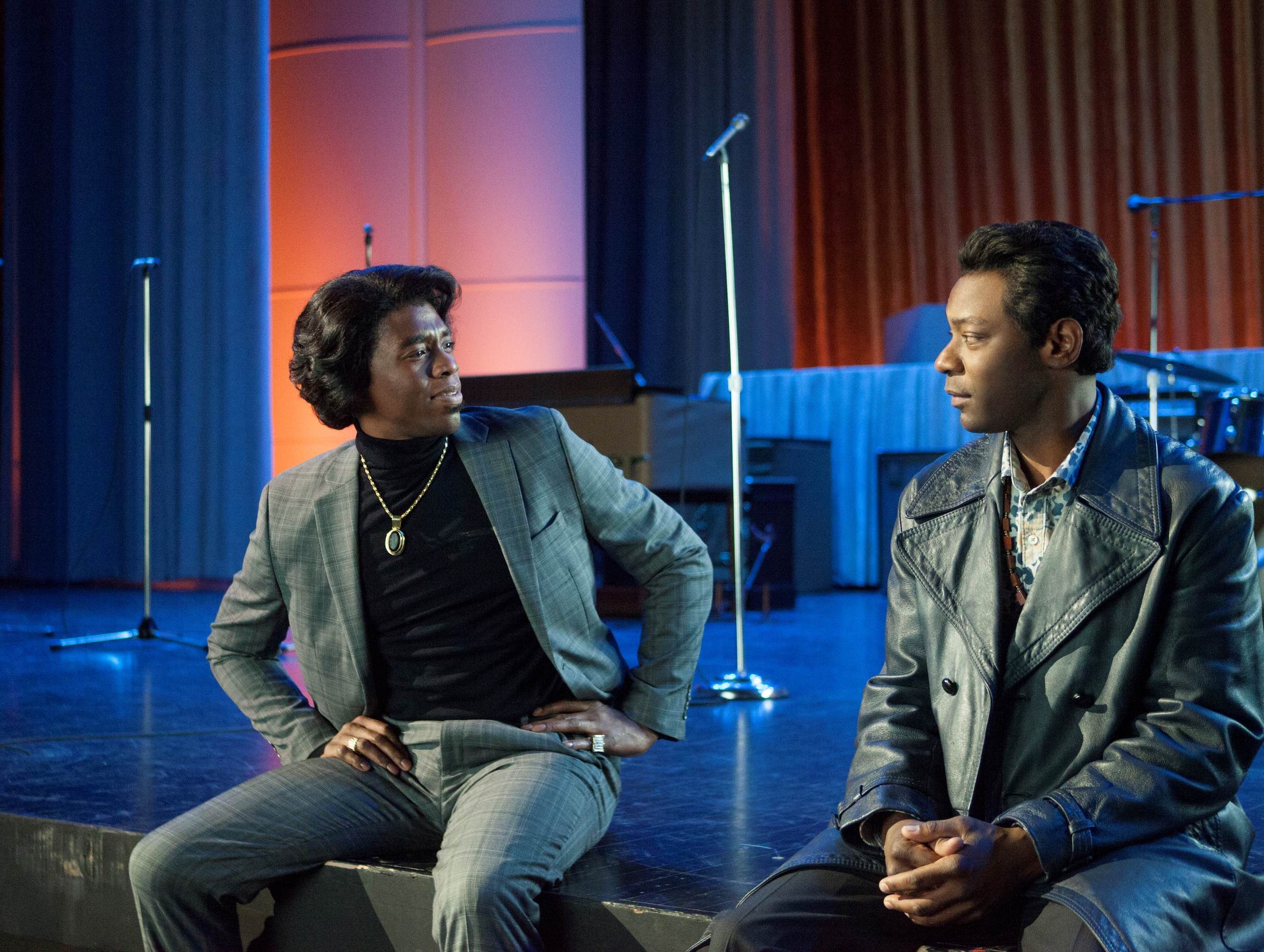 L+T: How did you all pick Chadwick Boseman to play the role of James Brown? How did you see him evolve and fully embrace becoming James Brown?
TT: As I said earlier, there are so many parodies of James: Eddie Murphy in the hot tub, mug shots floating around. I said, “I’m not going to go the route of hiring a musician who can dance because that’s probably where I should start. I’ve got to get an actor very efficiently and artistically who can sew us into his soul.” I started trying to figure out who that could be and realized that Chad Boseman is that kind of an actor – his work in 42. He, much like Viola Davis, when they act, there’s a simplistic economy of the way they perform which is so brave for an actor to do, and they draw you in. It’s like you’re being sucked into their eyes. I knew that Chad had that ability. After about two months of coaxing him, because he did not want to do it our of pure fear, someone brought him in to meet with me and I chose the scene at the end of the movie when James is 63 years old. Chad came in cool jeans and shoes and was Chad Boseman, and he started reading as James at 63 and he became him. I completely forgot about what he had on and where we were, and I was like, “This is my guy. This is a real actor.” Also, I knew that Chad was from the South Carolina, and as his performance showed me, he had the soils of South Carolina and Georgia in his blood and he would know the speech patterns, the cadence and the walk of a proud man from that region. Then I said, “Oh God, please let him know how to dance,” and he does and he’s worked his ass off to get there. 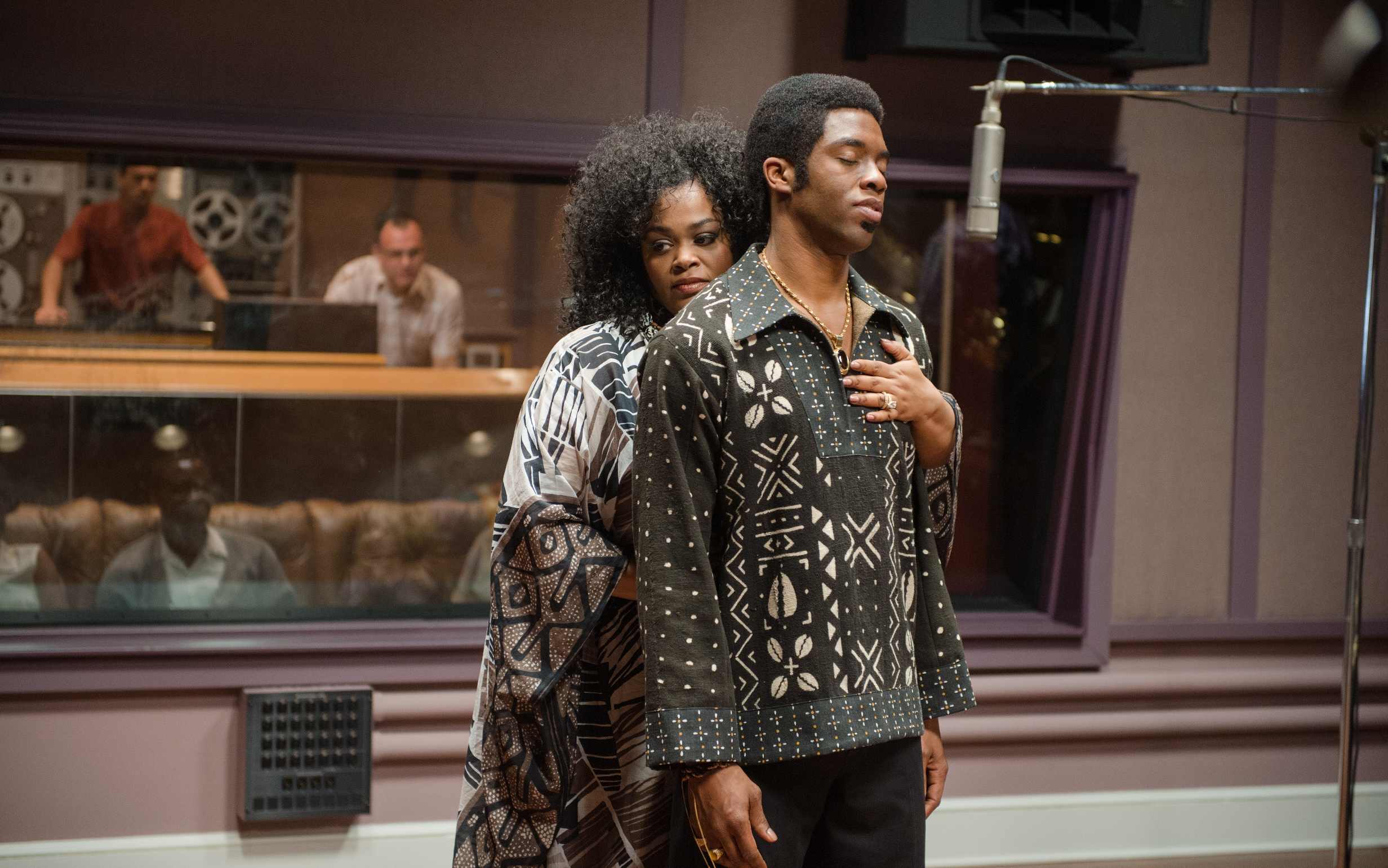 L+T: There are some real musicians and artists in the film as well: Jill Scott, Aloe Blacc, Tariq Trotter (Black Thought). Talk about the job they did.
TT: I cast for talent, not for stunt. Jill Scott came in to read for Gertrude who was James Brown’s dresser, it was a very small part. I was so impressed at how in check Jill’s ego was, and she blew the part away and I went, “I’m gonna write something bigger for Jill Scott.” So, I expanded the role of Dee Dee, James’ first wife. She played the part and she was amazing. In my mind, she’s an amazing actor and then I’m like, “Oh yeah, that’s Jill Scott the singer.” Same with Tariq, same with Aloe: they got the parts because of their acting. That’s how I approached it and they were fantastic.

L+T: The James Brown catalog and discography is vast. How did you all decide what songs to include in the film?
TT: Well, the first thing we had to do was find out what we could even use. As you can imagine, on some of the early recordings the quality is not good. Once we figured out what we could use, I then realized that I didn’t want the narrative of the film to stop just so we could insert a performance of a favorite song. I thought, “We need to approach this like a musical. Whatever songs we choose must complement the narrative scene before and the scene that’s about to follow.” So, once we got the structure of the film figured out and I knew in a balanced way where I wanted songs to be, we then went into the lyrics. James is a storyteller and we selected it like that: “Which songs support the narrative the most?”

L+T: Talk about the research you and your team did, and the people that knew James Brown that you all brought in to help you tell the story.
TT: Absolutely. Brian Grazer has been at this for 12 year and over that time, Al Sharpton was brought in as a consultant. Charles Bobbitt, his road manager, his family and James Brown himself was a part of his own biopic until his death in 2006. All the biographies were scoured over and checked. This has been ten years of gathering information, but for me and Chad, the best for us was the weekend we went to Augusta, Georgia together and spent the weekend with the family absorbing stories and subtle nuances that we wanted to bring to the vast information that we had already gathered. That was our biggest takeaway – the family – and it was important to me and Chad that they be happy and support the movie, and they’ve seen it and they love it.

Get On Up releases nationwide August 1.