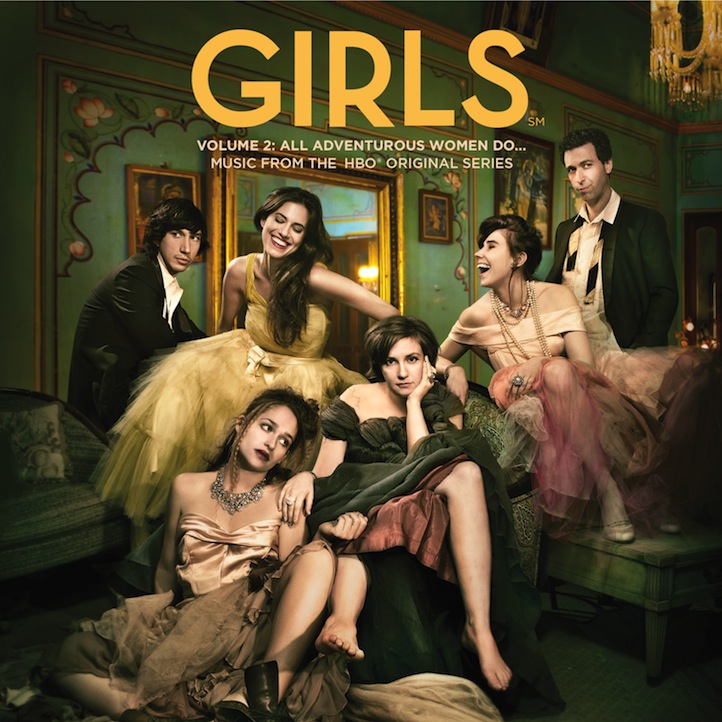 On February 11th, fans of HBO’s GIRLS will have something to play on their iPods. The cult-loved TV series helmed by Lena Dunham will release Girls Volume 2: All Adventurous Women Do…, the official soundtrack from the original series. Here, the show’s music supervisor Manish Raval – known for his work on such popular TV shows as Community, Happy Endings, New Girl, Raising Hope, and the films Donnie Darko, Jackass Number Two and others, tells Life+Times about the creation of the show’s second soundtrack.

Life+Times: What exactly was your role in putting this together?
Manish Raval: As the music supervisor on the show, I’m responsible for overseeing all the music aspects of the show and picking the songs for the right scene. When it comes to picking the soundtrack album, I like to try and pick the most memorable musical moments from the show and compile a soundtrack album from those moments.

L+T: What was the idea behind releasing the second iteration? Was this something that you always felt was important to put forth to the GIRLS audience?
MR: We just wanted to put together an album that represented GIRLS musically and what the fans wanted to hear. What made this album different is you get a lot of artists that record new material specifically for this season, which we didn’t get with the last album.

L+T: You’re a music supervisor and music editor for both film and television. What was your career path?
MR: I grew up playing music, my background first and foremost was always as a musician so that’s how I approach everything, I just happen to fall into music supervision as a career after college.

L+T: As we know, Lena Dunham is a quadruple threat. How much was Lena involved in this?
MR:Lena is very involved; we like to run everything by her all the time. We feel like the show is really her voice, her character and we want to make sure everything we do serves her as the executive producer of GIRLS.

L+T: There are a total of 15 tracks on the soundtrack and together, there’s a great selection of artists and music. What did you want to achieve with this album?
MR: We wanted to achieve a souvenir for the fans, and wanted them to hopefully when they listen to the album it makes them remember the show, remember the scenes that these songs played in the show and really just connect them back to these characters.

L+T: It seems you’re always on the cutting edge when finding new music. What are you currently working on?
MR: We also work on the TV shows  New Girl, Crazy Ones, and we’re starting the new HBO show Togetherness. We’re currently working on the film Neighbors starring Seth Rogen, Zac Efron, and Melissa McCarthy, as well as the upcoming comedy Sex Tape with Jason Segal and Cameron Diaz. And this fall, we will be releasing Dumb and Dumber To, which I think will be our 11th film with the Farrelly brothers.

Girls Volume 2: All Adventurous Women Do… will be released on Feb. 11, 2014 and features music from Miguel, Lilly Allen, Jenny Lewis, Beck and more. Click here to pre-order it on iTunes.