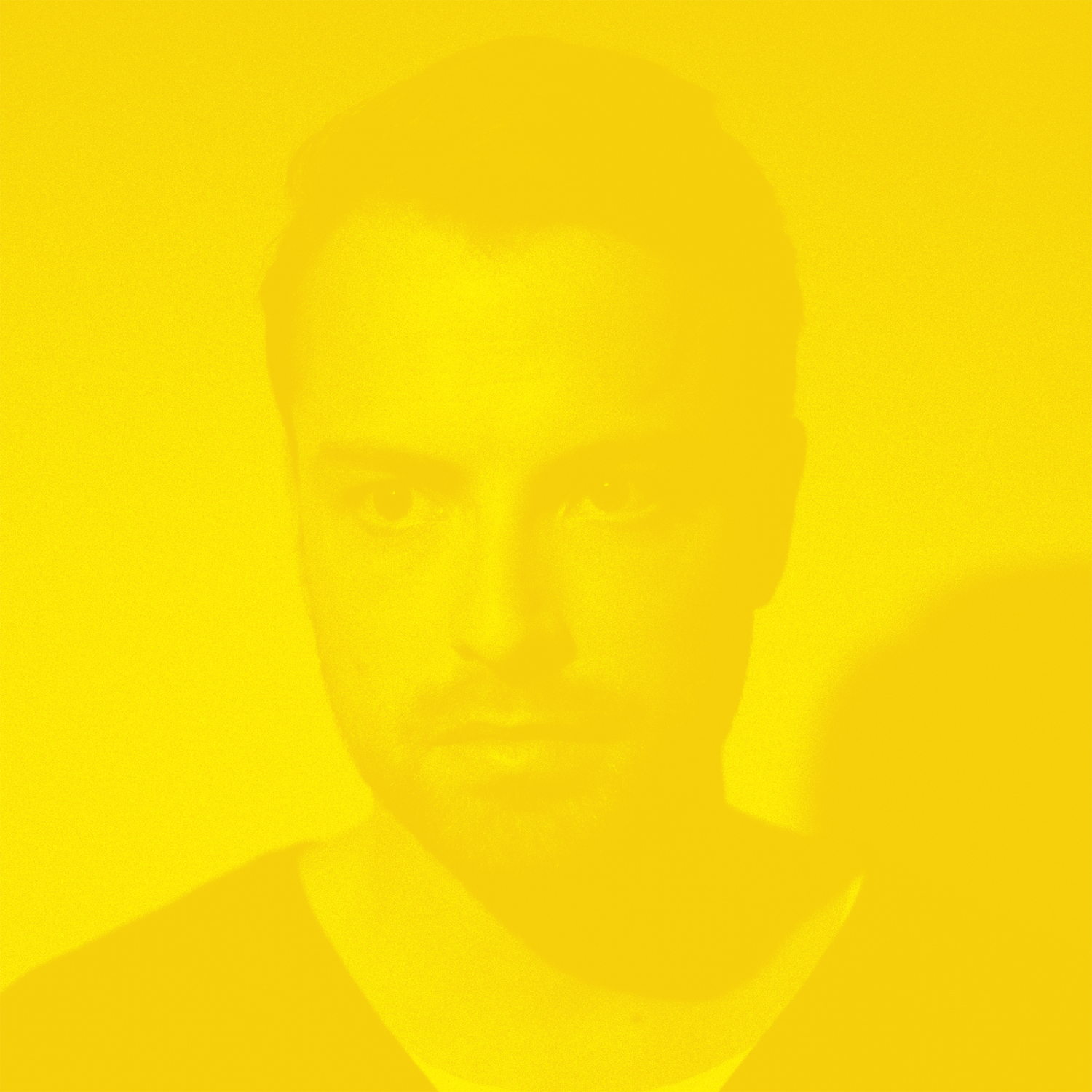 There’s a quiet but direct correlation between the mind and the groove. A definite understanding of that may be what aides Amsterdam pianist Gideon van Gelder in constructing the poignant rhythms of his sophomore LP, Lighthouse (out Sept. 6th). van Gelder indeed doubles as psychiatrist.

“I go back and forth,” he said of his travels between Europe and America. “There’s this other side to me. I’m also a medical doctor, I’m studying to become a psychiatrist, that’s what brought me back to Amsterdam. That’s my day gig right now, if you want to call it that. The nice thing is that ever since I’ve been back, I’ve kept in touch with people. People pass through – Jamire [Williams] did, I just did a tour with Takuya Kuroda – people come to Europe, and I’ve been fortunate enough for them to call me up to play their shows. Then I go back to New York to record with these cats and mix my album there. I feel very blessed with the whole situation.”

He’s done a damn good job moonlighting, working with Jose James, Williams, Kuroda and others over the years as an acclaimed musician. Life+Times talked with van Gelder about Lighthouse and his stellar band.

Life+Times: Talk about the title Lighthouse. Why did you choose that and what do the songs mean in relation to the title?
Gideon van Gelder: It gets down to the fact that when I write it’s also a visual thing for me. I would just get images in my mind. For this record, all the the material conjured up night time scenery for me. A darkness but with an element of light in there though. It was the best way of capturing that feeling or that mental picture that I had while I was writing the record. It was like being on the coast somewhere and it’s dark out, but there’s stars. Kind of like that feeling. I did it specifically, too, because with titles such as Milton Nascimento’s “Pier//Cais,” “Orbit,” Toninho Horta’s “Moonstone,” it wrapped it all together for me. It made it coherent, that word “Lighthouse.” It’s kind of abstract, too. People can have different images if they want to, which is why I made it a point not to have too literal of a reference on the cover. Where this comes from is some of my favorite albums feel like they have stories behind them like Wayne Shorter’s Speak No Evil, Herbie Hancock’s Empyrean Isles. There are stories that can be imagined around the tunes.

L+T: Speaking of colors and things that you saw, the artwork is this bright yellow, neon color.
GvG: These guys [Machine] did the artwork for my first record and I like it because it’s quite radical. They have a way of translating my concepts into image. I think what comes through in the full artwork – even more so than just the cover – is that contrast of having dark, and then really bright light elements woven through that. We just happened to pick yellow and I liked it, and it’s something that comes close to whatever [color] light is gonna be. There’s the shadow behind me in the back, so you could imagine being in the light of the lighthouse. That tells you that there was an actual source of light on me.

L+T: You talk about Lighthouse being a tribute to your current influences, namely electronica, 70s pop, and Brazilian music. Describe the musical vibe on the record.
GvG: Basically, since my first album which was four years ago, I haven’t been listening to that much jazz music, it’s been other types of music. A lot of Brazilian stuff, going deeper into the Milton Nascimento thing. I was already a big Toninho Horta fan, but Milton, he wrote this incredible amount of beautiful music. A lot of Flying Lotus. There’s this Dutch producer Jameszoo who I’ve been doing live shows with too, he’s in that electronic jazz side of the music. There was a lot of Bjork going on at one point, and then I got into that duo called Knower – they’re in LA, it’s Genevieve Artadi and Louis Cole – that’s some of my favorite stuff right now. I don’t even know what to call it. They call it progressive pop music, I don’t know, there’s a ton of stuff in there. Playing with Takuya [Kuroda], having played with Jose [James] for years, that influenced how I hear music and encouraged me to incorporate anything I like and not limit yourself in any way. Why would you? I wanted to make it a point to take full advantage of my band even more so than in the first record. That’s why I had Becca doing all these overdubs. I  didn’t even think of that for my first record. 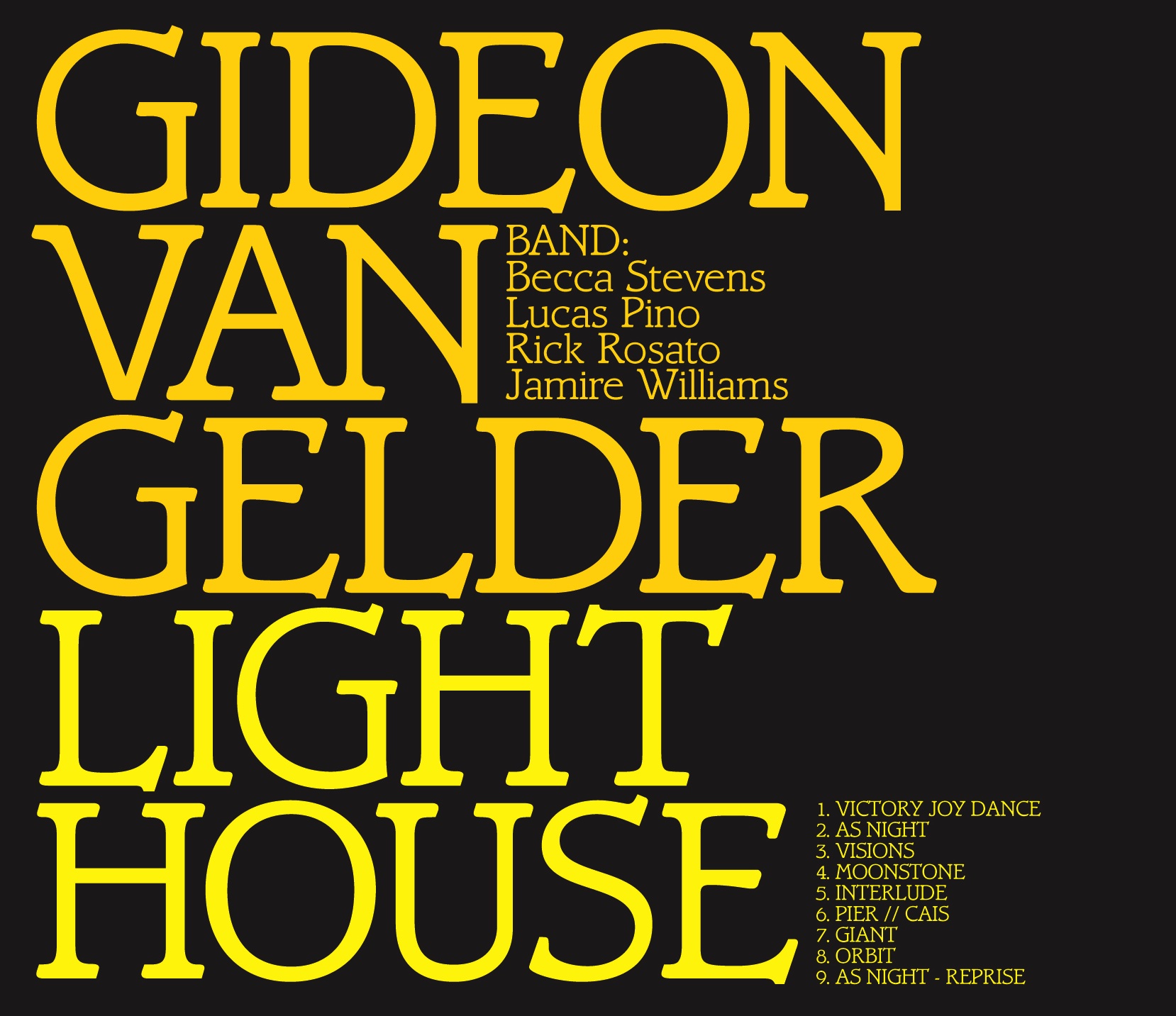 L+T: Expand on your band. You’ve got Jamire Williams on drums and Becca Stevens singing. Most people just feature singers, but she’s considered part of the band, and as far as I can tell, there’s no lyrics that she’s singing, but her voice is an instrument itself.
GvG: Exactly. To start with Jamire, if you want to talk about influences – I got connected with him because he came through Holland and didn’t bring a piano player on the tour, so through Corey King who’s in his band and who I went the New School with in New York, I played two shows with [Williams’ band] ERIMAJ. For me, that’s some of my favorite stuff and that’s where this corner of the musical world is at right now, the stuff that Jamire is doing. We played together and I had a blast playing his music and in his band. He has this great combination of the sensibility that a jazz player has and also the real solid thing coming from Houston and playing whatever kind of music. He has the amazing backbeat and groove and soulful thing, and the jazz sensibility added to that, to me that’s the perfect mix. Rick Rosato I went to school with. He’s great, he’s one of the busiest young bass players in New York right now. There’s Lucas Pino on saxophone. We share that love for Brazilian music which is a lot more about melody than notes and freaking out, you know. It’s about respecting the song and trying to make a beautiful song or statement. When we play the music, I want to keep it about the song instead of totally stretching out in a jazzed out way. Becca, before we played, I just really dug on her music. She was coming up in New York and I used to see her shows, and she really inspired my writing. What’s great about her – and everyone in the group – they won’t just play it, they’ll tell you what makes the most sense to them. It would be a completely different record without them. I wrote these songs with them in mind and I’m really happy with how they did their thing.

L+T: You’re from Amsterdam and live there currently. How did American music first come to you? Once you came to American, how did that experience change your musical perspective even more?
GvG: Honestly, it’s always been in my life because my dad runs a record store here [in Amsterdam] in the north of the country in my hometown. So I grew up with any American-slash-Black American music you can think of. They didn’t only run a store, they also ran this Mississippi Delta Blues label, so I grew up with R.L. Burnside and Aretha and there was a ton of jazz and blues music. This is all American music, there wasn’t a lot of European jazz. Moving to New York, it was really easy because everyone there at the New School, they all knew the same stuff, so it felt comfortable. In New York [city], specifically, there were a lot of things going on that I hadn’t been in touch with. There’s young musicians around you that really influence you. Meeting someone like Becca or Corey King. Then playing with someone like Jose James, he brought a lot of hip-hop to the table. Playing with him, he writes from that vibe. It’s not that we ever tried to blend hip-hop with jazz, but it’s in his ear, so that vibe is in his music. That changed the way I listen to stuff a lot. It changed how I listen to a beat, a groove, where I like things to sit, the fact that I love stuff to have a backbeat to it. After coming to New York, it was reaffirmed that it feels best if you completely let go of any references and allow yourself to just be free and do what you want.