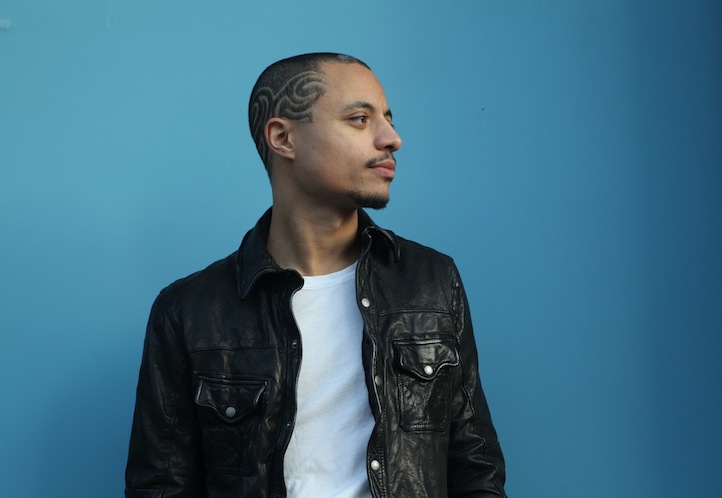 Immediately after pressing play on José James‘ latest album, No Beginning No End, listeners hear a familiar sound, one that accurately channels D’Angelo‘s Voodoo. It’s not intended necessarily, but simply a natural, organic development, as James was not only madly influenced by D’Angelo’s magnum opus, but incorporated some of the same musicians for his own project. Continuing through the album provides several other sounds, too, original and influenced, evoking jazz, R&B, soul and beyond. James’ past albums have fallen under the jazz genre, but No Beginning No End marks the first time he’s completely stepped from underneath that umbrella and the outcome is wholly positive.

James sounds totally comfortable on every record on his third solo album (his Blue Note debut), bringing together a strong supporting cast of musicians to help him, including Robert Glasper, Pino Palladino and Chris Dave. Life+Times catches up with the Minneapolis crooner and instrumentalist to talk about the album, its conception and the D’Angelo influence.

Life+Times: One of the big things with this album is the fact that you conceived it and recorded it independently. Talk about that and what it’s allowed you to do with No Beginning No End.
José James: Creative control is so important, and I feel like that’s something that most of the artists that we love haven’t been able to enjoy until now. It was just really clear that if I wanted to make the album that I wanted to make, especially in the U.S., I need to just do it myself. I was living in London and working with Pino Palladino, and I basically had the team and I had the songs, so it was just about putting it all together. It was really gratifying to do that. It’s kind of like the difference between renting a place and owning a house. No matter what you do, if you’re fixing up a rental, you know that eventually somebody else owns it, you’re gonna leave and somebody else is gonna move in. When it’s your home, it’s yours, and that’s how I felt, like I was building a house. All the energy, love and money put into it had an intention and I feel like that really comes across in the music. All the little details – what food people wanted to get after the session, how the session would go, where we wanted to record, what equipment we wanted to use, everything – it was really freeing to not have to check in with an A&R or check in about a budget.

L+T: What were some of the different sounds and influences you wanted to pull together that you might not have been able to in the past?
JJ: I really wanted to work with a different kind of band. Meeting Pino, with all of his work with John Mayer, D’Angelo, Erykah Badu and everybody, it really helped bring the sound out of less of a jazz place and more to a R&B, soul place. That was really important. Working with him really gave me a lot of confidence in terms of songwriting, as well. He’s just that certain sound that makes everything sound so soulful. I also wanted the sound to have a little bit more global influence, that’s why I wanted to work with Hindi Zahra, and brought that North African, Moroccan thing that she does with the handclaps. I added kind of a Fela thing with the horns on top of that [on “Sword + Gun”]. I wanted to go back to the late ’60s, early ’70s sound of Roberta Flack and Donny Hathaway in terms of the songwriting and the instrumentation.

L+T: How did you come up with the title No Beginning No End?
JJ: I feel like whatever you title the album really comes true in your life and in the span of the project. I can’t remember the exact day that it came to me, but I knew that this had to be different. I wanted to express myself fully. When I wrote I didn’t want to think about any genres; I didn’t want to think about jazz or R&B, I just wanted to write music. That was just such a freeing thought for me, and everything started to unfold from that moment and all these great things started to happen. No Beginning No End just means music is limitless, we’re limitless as human beings, spiritual beings out in the world, and when you take away limits in your life, great things can happen.

L+T: Did the different underlying musical tone change the content or your approach to writing?
JJ: I think so, yeah. It’s definitely a bit more sexy, you know, more emphasis on the lyrics. With jazz you know there’s gonna be a lot more instrumental sections, a lot more solos. There aren’t really any solos [on No Beginning No End], it’s not really a jazz album. I wanted to really focus on communication through words. As a lyricist, I’m really proud of this album, especially the track “Bird Of Space” or “No Beginning No End,” the title track, I think those are some of my best lyrics. Also, it’s kind of about slowing things down. I was listening to Leon Ware and Marvin Gaye‘s album I Want You a lot during this album. Nothing was fast, nothing was rushed, they take their time to say what they need to say, so that was a focus for me as well.

L+T: Expand on working with Pino Palladino and the presence he has on this album.
JJ: He’s really the reason that this album has this sound and feel. I wouldn’t have been able to approach the project with the same level of confidence if he wasn’t involved. It was totally unexpected. We met in London through a mutual friend and he wanted to do some writing. We wrote the song “Make It Right” and he liked it so much he was like, “I’m gonna do the album.” For an artist on his level to reach out to a much lesser known artist who wasn’t even on the [same] label really impressed me. He brings the same work ethic to every situation. We wrote that song, then he went out on the road with Herbie and played Hollywood Bowl. We’re tracking in Brooklyn during the day and he’s going out to rehearse with D’Angelo for the European tour at night. That level of dedication and excellence was so inspiring to us all. He’d be out doing sessions with D [D’Angelo] until three or four in the morning; he’d wake up and be in the studio with us at 12 fresh and ready to play. It was amazing. Nobody sounds like him. The way he plays is so classic. Everything he played on was one take, there weren’t any overdubs or anything. He really inspired the musicians to bring their best, too, along with the engineer, myself, all the guests on the album. He’s the kind of person that has the really rare gift of not only sounding amazing, but making everybody around him better. It was like being around a master. I could go on forever. It’s pretty much impossible for anyone else in the world to play like him.

L+T: What’s the reaction been to the first single, “It’s All Over (Your Body)”?
JJ: People love it. They want that kind of music. Everybody’s been waiting for D’Angelo to come out with a new one since he dropped [Voodoo]. People really want intelligent, sexy music that feels good. I was talking to Glasper about it – when I started writing this album, I knew who the audience was. I didn’t make the album for dudes music-heads or people who like beats, it’s for ladies and “It’s All Over Your Body” speaks to them and they really like it, because there’s romance in it. Leon Ware heard it – he and I did some writing in L.A. – he was like, “I totally understand where you’re coming from. It’s the same thing that me, Marvin [Gaye] and all of us writers at Motown were trying to accomplish. Excellence in music and romance in the production.” That’s really important for me as a man, to try to portray something that’s very positive with sexuality and romance. It’s been great, man, we start off the live set with that and people know it’s about to go down [laughs].

L+T: There’s a crazy D’Angelo vibe.
JJ: I think that album – I can’t believe it’s been so long – that’s been the most influential R&B album of definitely my generation. It’s not just the songs and D’s singing, it’s his playing on the keys. It’s the band, Questlove, Pino, Charlie Hunter, Roy Hargrove. We’ve all been studying that album since it came out. It’s mind-blowing how they could come up with that. The first session [for No Beginning No End] was with [drummer] Chris Dave and Pino, who are both in his [D’Angelo’s] band now, and Russ Elevado, who did Voodoo, tracked it. It was kind of like, “Ok, we are definitely headed toward this territory sound-wise.” I didn’t want to come off as trying to do some D’Angelo stuff, but I can’t think of any other album that’s been so influential. D’Angelo left such a wealth of unexplored territory musically, and to have those dudes [Dave and Palladino] in the studio with Robert Glasper, that to me is one of the best bands in the world.

L+T: Between people like yourself, Glasper, Esperanza Spalding and others, there seems to be a trend of jazz artists kind of moving toward soul and R&B and encompassing all these different things. Do you see that, too?
JJ: Absolutely. It’s so gratifying to me to see this new generation step into a leadership role musically. Glasper’s [Black Radio] really opened the doors. That opened the door to make this album – guaranteed – at Blue Note. Esperanza’s success, especially with the media, really helps, not only taking jazz artists into R&B or hip-hop, but just to see a different portrayal of Black artists in the U.S. is important. In the UK – I’ve spent a lot of time in London – they’re a lot more open to artists doing what they want, like Sade, Corrine Bailey Rae. I had already started heading toward this more R&B, hip-hop direction musically with Blackmagic, working with Flying Lotus and all those dudes. Jazz has had a hard time accepting hip-hop as a real musical art form, but this is a new generation of artists that grew up with hip-hop and ’90s R&B, so I think it’s natural for us to put it into music.

No Beginning No End is available January 22nd.