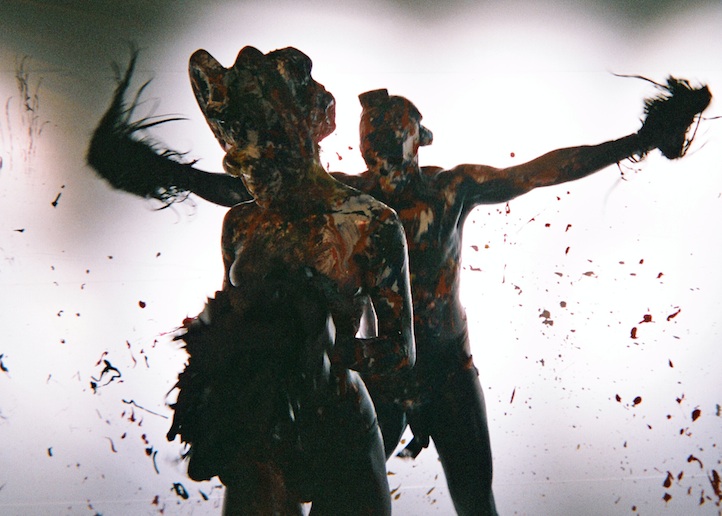 James Franco recently unveiled The Animals, his first show in France of his artistic works that brings together paintings, photographs, and video. Each medium acts as “documentation or ephemera” of performances he composed, which involved a group of individuals wearing animal-type costumes. The Animals represents androgynous figures who wore Venetian masks, lending the characters a carnival-like appearance. 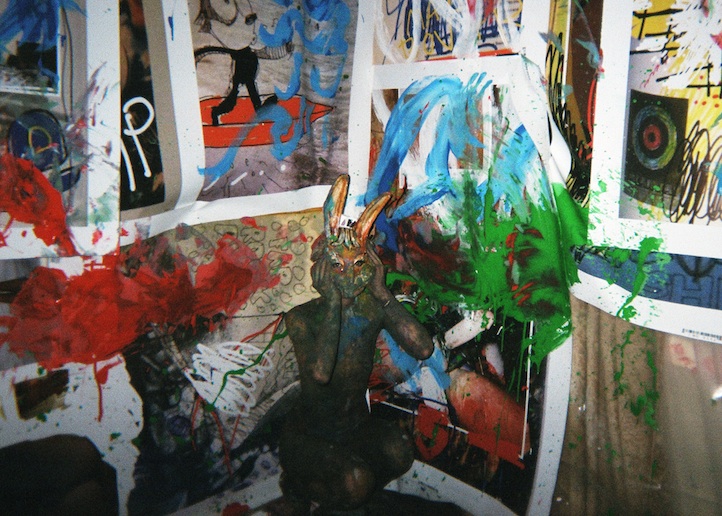 These sexless beings capture something essential and childlike – creatures communicating through behavior rather than speech. Engaging in a variety of physical activities, such as dance and dodge ball, they used these actions as methods of non-verbal interaction. The Animals, covered with wet paint during these improvisational activities, left gestural traces of their movements behind. 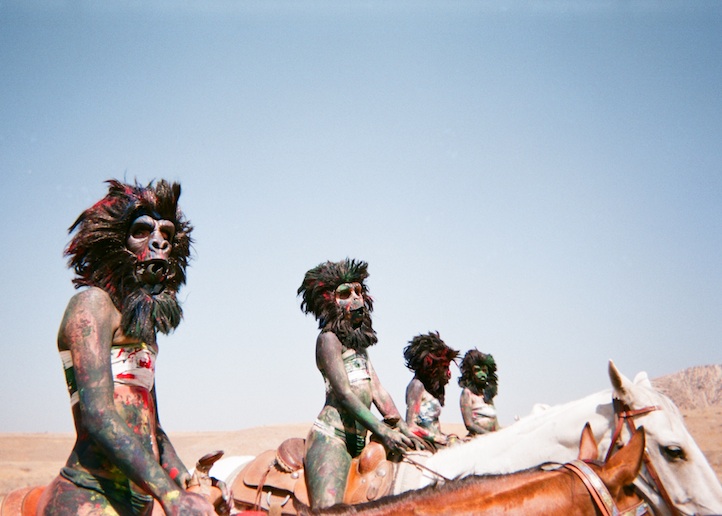 They performed on top of canvasses printed with images from earlier enactments, which resulted in work stacked with multiple layers of information. The performances, videos, paintings, and photographs all come together in layer after layer of media, fusing the different disciplines and approaches.

No layer dominates – they fold into each other, repeatedly. With each coat and action, chaos and order visually ebb and flow, as every element adds to the narrative. In collaboration with Parisian favorite Colette, here, we take a look at The Animals. 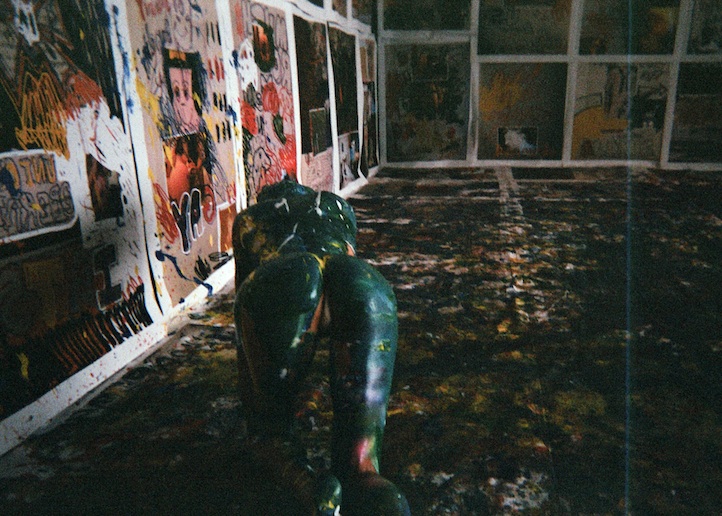