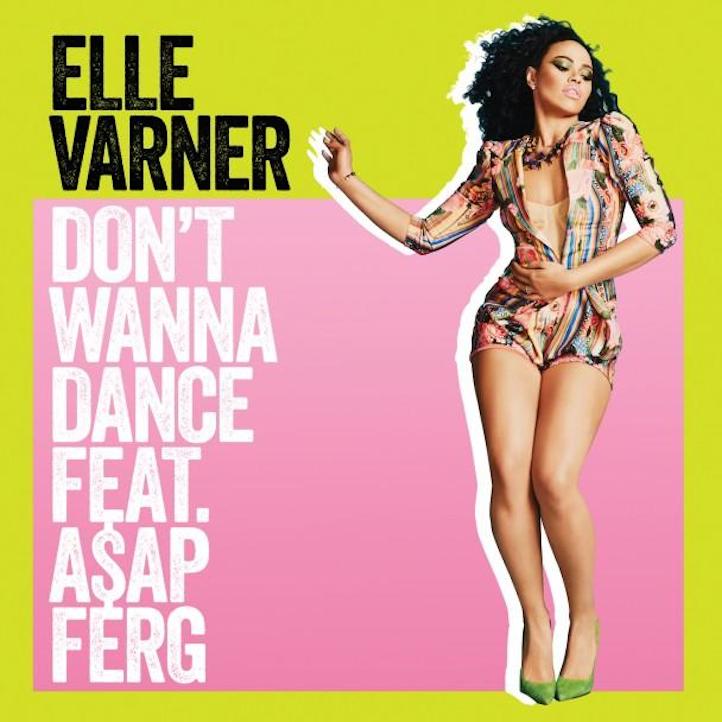 “Music is photography of the soul. I feel like this album captures my soul,” Elle Varner says of her forthcoming album, which is due later this year. Though the album’s title is 4 Letter Word, it seems like the word that may best describe the project is the eight letter word: personal. Offering a raw glimpse into her world, the collage of songs set to appear on the follow-up to 2012’s Perfectly Imperfect are tales of love, heartache and growing up, among other things, and will showcase a more mature, more experienced and at times more vulnerable Elle Varner. “I think because of that a lot of women will relate. Men will also,” she says of her decision to share her experiences with fans on 4 Letter Word. “Either they have been through those situations, are going through those situations or will go through those situations.” And with easily relatable lyrics like “I should try and pretend that I’m happy for a minute or two,” her A$AP Ferg-assisted single “Don’t Wanna Dance” is sure to have fans in their feelings and reminiscing on past relationships for months to come.

Before her performance of the National Anthem during the recent EBC America Celebrity Basketball Challenge at Brooklyn’s Barclays Center, Life+Times chatted with Grammy-nominated singer-songwriter about her new single, her new album, and collaborations.

Life+Times: Aside from love, what are some of the four letter words that have helped to shape 4 Letter Word?
Elle Varner: Pain, lost, lust, heal, true, lies – there’s a few [laughs].

L+T: Your new single “Don’t Wanna Dance” features A$AP Ferg. How was it working with him?
EV: It was great. He’s just so dope. His verse paints such a vivid picture. It’s really cute. It’s a unique verse in today’s climate in hip hop. He helps make “Don’t Wanna Dance” a great song. I think it’s going to be a classic. It all worked out so well.

L+T: Who else have you worked with for 4 Letter Word?
EV: I’ve collaborated with everybody for this album from J. Cole to Chance The Rapper to Joey Bada$$ to Juicy J to 2 Chainz. There was a possibility of Drake being on the album, but right now I’m not sure. I’m still hopeful though. There also may be a Nas record on the album.

L+T: There’s a clear hip hop element with 4 Letter Word. Are you a hip hop head?
EV: I’m a hip hop head in my own way. I don’t know every rap album. I don’t know every lyric, but I appreciate the culture of hip hop from my jazzy and soulful sense of style. I do know that when hip hop and jazz marry they create a very special thing for me and for the listeners. They just go hand in hand.

L+T: Who are some of the producers you’ve worked with for 4 Letter Word?
EV: There’s Pop & Oak, Eric Hudson, Hit-Boy, The Internz, Boi-1da, Will Larsen, who produced Nico & Vinz’s “Am I Wrong”, and a few others. I’ve been working on this album forever, so there’s been a lot of helping hands assisting me in shaping the album as it stands now.

L+T: At this point in your life and career, how would you best describe Elle Varner?
EV: She’s real. She’s real with it. You don’t have to like the songs or anything, but please know that they are real. Know that they are from my pen, my mouth and my feelings and that I gave you a piece of me. This album represents my growth as a young woman. Through that growth some of the inspiration is love, heartbreak and just growing up in different ways like having a job and responsibilities.