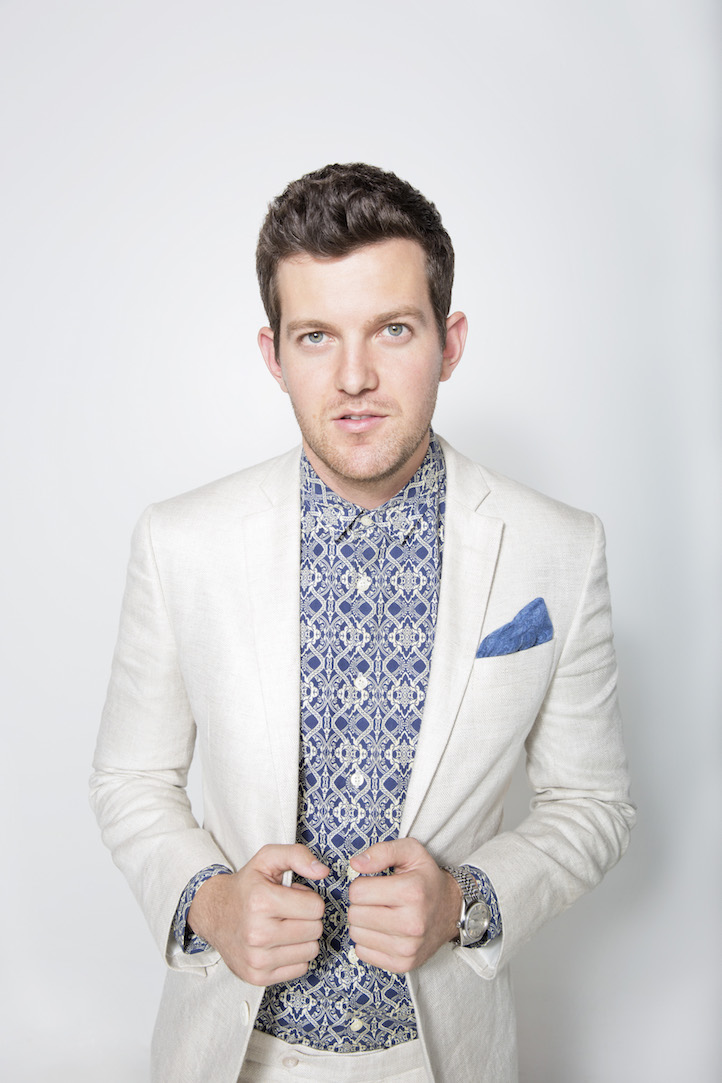 Last year, DJ-producer Dillon Francis, took a break from prolonged touring to focus on the creation of new music. Dillon’s debut Money Sucks, Friends Rule album (released via Columbia Records) is a result of that specific time well spent – his 2013 undertaking to produce fresh music specifically for this release. The outcome? A faultless execution of Dillon’s personality and varied music tastes – ranging from moombahton to house – reflected on 12 tracks. Along with collaborating with vocalists and fellow producers such as DJ Snake, TJR, Lily Elise, Brendon Urie of Panic! At The Disco, and Martin Garrix just to list a small sampling, the LA-based artist took a less predictable route with this album by partnering with rapper Twista on “All That.” Dillon says, “Most of the other collaborations I was the one who sought them out, but this one was full on my manager getting Twista on this album. Little did I know that was a dream come true. I didn’t think that was a possibility. I didn’t think rappers would fuck with a weird, lanky white dude from LA.”

It’s no mystery that Dillon is the epitome of the class clown type from viewing the video clips of his many monikers (DJ Hanzel being the main figure), but the significance behind the Money Sucks, Friends Rule title is more emotionally driven that it appears. “I’m definitely wiser from being 27 now. That definitely shows a lot in the title I chose for my album. The title – Money Sucks, Friends Rule – because with gaining success or any traction you kind of get a light shined on you; a lot of people come out of the wood work. They’ll try to pretend to be your friend,” Dillon adds. Life + Times catches up with Dillon during his extensive “Friends Rule Tour” to discuss the inner workings of his debut album and the “meaning of life.”

Life + Times: It’s been over a year since I last spoke to you. You were talking about the new album before it even had a title. So, it’s cool to finally see everything come to fruition. Congratulations!
Dillon Francis: Yeah, thank you. It’s been fucking forever.

L+T: Yeah it has been, but I’m a firm believer in timing. So, it has to feel right and you have to be ready – and all that good stuff. I know that sounds ridiculous.
DF: Yeah, no, it’s true.

L+T: I mean this in the most non-creeper way, but I went to the Death From Above [1979] show and I was like, ‘Man, it would be so sick if Dillon did a remix of one of these tracks.’ Just wishful thinking.
DF: Oh my god, yeah. They actually asked me to remix “Trainwreck [1979].”

L+T: Really?
DF: That new one they came out with. But then no one followed up and it kind of just fell through the cracks. So, I would be super down though. I absolutely love that band.

L+T: I, of course, heard your album Money Sucks, Friends Rule. I’m not even saying this out of flattery, but I’m glad you took your time because it came out really, really nice. Are you happy with the outcome?
DF: Thank you. I am super happy with it. I did exactly what I wanted to do which was to make a bunch of random ass music and put it on an album. (Laughs) I kind of hit every single genre that I love.

L+T: Some people had you pigeonholed into making one particular sound, but this whole album really just reflects your personal music tastes. Were you more focused on listeners hearing your versatility or did it all just incidentally happen that way?
DF: Oh no, everything was intentional. The last record that I made was “Love in the Middle of a Firefight.” I think we had 17 records including some remixes and re-mashes of my songs. I remember just going through them like, ‘Cool! I hit my hip hop market stuff that I like with “All That” and “Get Low.” Okay, I hit the house stuff that I like with “Hurricane” and “When We Were Young.” Okay cool, I hit the club house market stuff with “Set Me Free,” which I like.’ And then, I found the lo-fi stuff which is “We Are Impossible” and then “Love in the Middle [of a Firefight].” “What’s That Spell?”, “I Can’t Take It,” and “Not Butter” were the three moombahton [songs] that I knew fans would love for that. That’s what I wanted it to be where here’s some stuff for my fans that will know that I’m able to do all this other stuff and that I love all this other stuff. That’s what I wanted everyone to see. It’s kind of what I do when I deejay. I’ll play different genres and play other people’s songs that are in that genre. It’s like, ‘Why can’t I just make it? I like the music that I make and I think I can make it in this genre.’ That’s pretty much what the album was.

L+T: I get what you’re saying with that. At the same time, even though it’s a different blend of genres and your tastes – it doesn’t sound catastrophic. It doesn’t sound like it doesn’t make sense. It’s very fluid. Good execution with that.
DF: Good!

L+T: Because it’s easy for it to be a train wreck if it’s just a bunch of different sounds that doesn’t flow together. It sounds like a continuous mix of Dillon.
DF: That’s good. That means so much to me. You have no idea. That’s really what I was trying to do. I’m glad that I did that for you.

L+T: Well, thanks. I won’t lie to you, I was a little concerned. When I just went off of the track list and collaborations – Brendon from Panic! At The Disco, DJ Snake, Twista – I was like, ‘Where is he going with this?’ Then, when I sat down and listened to it I was like, ‘This is why you don’t judge from a track list.’
DF: (Laughs) Yes! The thing that was my favorite is I think that a lot of people thought that I probably made the house record with Brendon from Panic! [At The Disco]; which I hadn’t. It’s a very downtempo, lo-fi song-pop record. So, that was my favorite one for kind of throwing a little curveball. I bet everyone was just assuming that I made like an Avicii, Panic! At The Disco record.

L+T: I knew that’s not what you were going for. Based off of our last conversation, you mentioned The Blood Brothers and how you loved bands. So, I wasn’t shocked about that one at all.
DF: Okay, good.

L+T: You [recently] had a birthday. So, I’m going to ask you the question my mom always asks me when I have a birthday. First off, do you feel any wiser?
DF: Yes, totally.

L+T: What’s something valuable – it doesn’t just have to deal with music – that you’ve learned that you feel has helped you as an artist along the way?
DF: So, yes, I’m definitely wiser from being 27 now. That definitely shows a lot in the title I chose for my album. The title – Money Sucks, Friends Rule – because with gaining success or any traction you kind of get a light shined on you; a lot of people come out of the wood work. They’ll try to pretend to be your friend. Luckily for me growing up in LA, I can easily see through anybody whose fake facade is like, “Hey man, we’re best friends now.” That’s why I named the title that because that’s a learning experience I had to go through…You have to really be able to trust the people that you’re working with as well as the friends you’re letting into your life.

Also, the main thing I’ve learned from growing up is that my mom and dad are the greatest people I could ever have in my life. I ask them every single thing ever under the sun. Any question I have, I go to them. I’m always like this super big open book. I remember when I was 24, I had this weird call with my dad like, ‘Dad, I know this is the eternal question that every single person asks in the world, but I really want to know from you. What is the meaning of life? Why?’ Like we had a big, long sit-down – just that whole thing of what he thought. His answer was, “Everlasting joy,” which I thought was really cool.