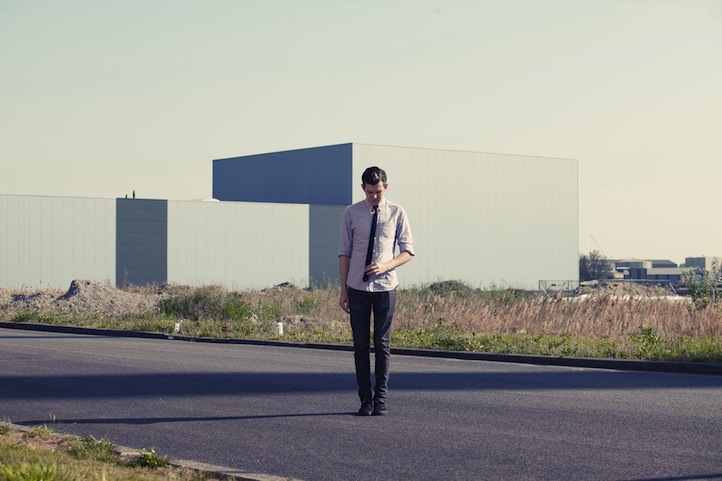 Talent and timing have continuously served as charms for LA based producer/DJ Dillon Francis. Much like a chef that skillfully uses ingredients to create the perfect dish, Dillon deftly produces tracks using a dash of moombahton’s tempo, electro house’s dirty basslines, and a blend of other standout sounds. Therefore, it comes of no shock that Roc Nation’s DJ Reflex recently stated that Dillon “always seems to be a step ahead of the curve in electronic music.” Though his rise to fame came fairly sudden, it did not come without a price. “I took all the money I saved up. I bought Ableton on my credit card. I was like, ‘I’m going to be able to pay this off…I will just have to work my ass off to pay it off so I don’t get charged [fees] for it.’ I did that, bought my plane ticket, and had $500 from of my savings account,” Dillon says regarding the prep before his internship with Cory Enemy in Atlanta. The training certainly paid off. Just a few of his successes include landing multi-label releases, becoming the first moombahton artist to top Beatport’s Top Five Releases Chart, and headlining his current Wurld Turr. With a debut album in the works for 2013 (including a single with Totally Enormous Extinct Dinosaurs) and a pending collaborative EP with Kill The Noise –Dillon has shown the music world he is here to stay.

Life + Times: While you were in art school, you listened to drum and bass. Were there any particular DnB artists you listened to the most?
Dillon Francis: Actually, I wasn’t into any specific artist. I just found music that was labeled “drum and bass” on Kazaa – that’s when everyone was using Kazaa. I probably listened to really, really bad drum and bass, but I liked it just because it was fast. It’s fun to draw to that stuff when you’re doing graffiti. The main one I remember is that one song by Dillinja called “Twist Em’ Out.” That was the main one I was listening to. (Laughs) I like that one.

L+T: Is that what got you motivated to start producing and DJing?
DF: No, not at all. I was listening to that for, like, a second. I was mainly into punk and rock music and metal. My friend actually played me this Bloody Beetroots remix – he was actually getting into electronic music more than I was. He played me The Bloody Beetroots remix of “Seek and Destroy” – which is called “Ill to Destroy” now. When he played it for me, I freaked out and was like, “What the fuck is this? This is crazy! This is like rock music on crack. This is awesome.” [I] started listening to Crookers, started listening to all that stuff. I started getting deeper into electronic music while my other friends got into it for a second and then stopped. I was on the Internet all the time looking on Hype Machine for different stuff. My friend who is good friends with Rusko’s wife gave me the remix of “Pro Nails” before it was out. When I heard that, that’s the song where I was like, “Holy shit. I want to become a producer.” That was the coolest thing I ever heard. My friend, Cory Enemy, who taught me everything – he was living in Atlanta working for Dallas Austin. He came back to LA. We were acquaintances, but at the time we had two girlfriends that knew each other. One night we both went out together and we had a conversation and I was like, “Hey man, I’d love to come and work with you; if I can just intern for you.” He was like, “Yeah, you can intern. If you can buy a plane ticket to Atlanta and you can get Ableton on your computer, then you can come to Atlanta, hang out, and watch me produce and just do whatever I need you to do.”

L+T: You said you charged your Ableton on your credit card. Obviously, it is all paid off now. Even though you’ve been DJing for a while, do you still feel like you are learning different techniques through Ableton?
DF: Yeah, it’s an everyday learning experience when you’re using a program. It’s one of the best programs ever. From DJing, I’m not really learning any new techniques – I just kind of wing it because I use Serato to DJ.

L+T: I admire the work you DJs create. I wouldn’t know when to fade in, fade out, whatever. Since we’re on the subject of programs and technique, what would you define as live? There has been a debate within the industry on the subject of what is considered a live set.
DF: I think live is mixing live. Most DJs have a set kind of for go-to. I have a bunch of sets that I have labeled in my crate: “Vegas,” “Denver,” and other places – it’s different sets that I’ve played. When I’m on tour, I want to have a go-to set that I can play a bunch of songs from. That’s why I like using Serato because if the crowd doesn’t like what I’m playing, I can go off from it and play whatever other music that I know I have in my music library. That’s what is mixing live – having somewhat of a set planned, but then going off from it.

L+T: You mentioned that you used to listen to a lot of punk and metal. I heard you were a fan of The Blood Brothers. “Love Rhymes with Hideous Car Wreck” got me through a breakup. What was one of your favorite songs?
DF: Oh my god. One of my favorite songs was “Ambulance vs. Ambulance.” The other one is from Crimes called “Peacock [Skeleton with Crooked Feathers].” The piano in it is so fucking good. They are the band that I saw the most live. I will forever be in love with The Blood Brothers. The thing that is so cool is the woman that helps me with all of my touring stuff; she is actually married to not Johnny, but the other singer (Jordan Blilie). I’ve met the guitarist and I’m going to meet that other singer. I’ve actually talked to Johnny on Twitter before. We were supposed to do something, but it never came into fruition.

L+T: The guys of Zeds Dead incorporate rock into their sets. Since you have such a love of The Blood Brothers, Descendents, and all of these other punk bands – it would be so dope if you collaborated with them.
DF: I still want to try it. Cody the guitarist (The Blood Brothers) was like, “Dude, I want to send you guitar stuff. Then, you could just go off from it.” I’m going to do that this year. This year, I have less touring to do and I get to stay home during the week. It’s so hard working on music on the road.

L+T: Recently, you’ve been tweeting about Kitten Party 666. What is that?
DF: It’s a side project that Kill The Noise and I started. It came out of left field. It’s probably going to be the funniest EP in the entire world. It’s going to be fucking hilarious. That’s all I can say about it.

L+T: Do you think a DJ is a musician?
DF: No. I think a music producer is a musician that is forced to DJ because of the way the music industry is now. I don’t think DJs are musicians because there are certain DJs that don’t make music. They’re mixing other people’s songs; they’re not mixing their own original material. They’re music selectors. That’s what they are.