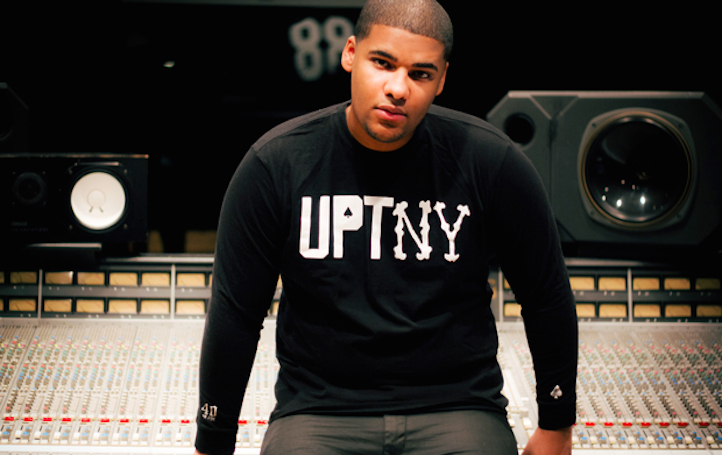 “I was talking to Diddy one day and he was like ‘If you have any ideas let me know. I’m open. I trust you’,”recalls producer Vinylz. “It’s like, what the hell? He’s asking me that? This is crazy!” “Crazy” is an understatement. As a result of his current streak of productions with hip hop’s biggest names, like Lil Wayne‘s “Believe Me,” Nicki Minaj’s “Chi-Raq,” JAY Z’s Rick Ross-assisted “FuckWitMeUKnowIGotIt” and a bevy of bangers for Drake, including “5 Am Toronto,” “No New Friends” and “The Language,” things are gearing up to only get crazier for the Washington Heights, New York City native.

Now that the producer, who has looked to legends like Dr. Dre, Timbaland, Pharrell Williams, Kanye West and Bink! for inspiration, finds himself working with the same caliber of artists as his idols, don’t expect him to fold under pressure. “Honestly, I don’t feel pressure, because I kind of know I have another streak of records on the way,” he jokes, before getting serious. “I never dealt with pressure though, because in the beginning I never thought any of this was ever going to happen.” Life+Times caught up with the in-demand hit-maker to discuss how he got his name, coming up under Boi-1da and creating a new sound with Travi$ Scott for the rapper’s upcoming debut.

Life+Times: How did you get your name?
Vinlyz: I use to sample a lot, using my dad’s old school records. My friends would say that I sampled too much, so much that I was going to turn into a vinyl. It was kind of like a corny joke, but I just stuck with it.

L+T: When did you discover that production was something you had a talent for?
Vinlyz: I was around 15 years old. I was actually rapping at first and it wasn’t really going well [laughs]. At the time, I was using all instrumentals from records already out there to rap on, but my friend was coming with all these beats that I wasn’t hearing on the radio. I wondered how he got them. He told me that he was making them himself on a program called FruityLoops. I watched him working on it one day and took a liking to it. That’s when I was realized that I’d rather produce.

L+T: How involved are you with the overall direction of the records you produce? Do you only make the beat and let the artist figure out the rest? Or do you also suggest ideas for hooks, flows, etc?
Vinlyz: When I first started I would just make the beat, but now after building relationships with artists they’ll ask for my opinion, so I’ll give my ideas. Luckily, they’ve been feeling my ideas so far.

L+T: Will your Latin roots ever influence your production style?
Vinlyz: It hasn’t yet, but probably in the future it will. I don’t have a specific sound, so I’m always trying different stuff.

L+T: Does not having specific or go-to sound make your job more difficult?
Vinlyz: It does make it more challenging, but I feel like it helps to shape me into a better producer.

L+T: Since you don’t have a specific sound, do you rely on the records the artist you’re working with has done in the past to guide the direction of how your beat will sound?
Vinlyz: It’s never like that. I always try to come up with something new and to bring the artist into my world. I don’t think any artist really wants the same beat that they’ve done before. If that were the case, they would just call up the same producers to do those same types of beats.

L+T: You frequently coproduce with Boi-1da and Allen Ritter. How has being open to collaboration helped to sharpen your skills as a producer?
Vinlyz: I just realized that two minds are usually better than one. I’m also not really a publishing hound. I’m more focused on getting the music going.

L+T: Does it ever get frustrating when there’s a beat that you and Boi-1da have worked on equally, but it ends up getting credited as a “Boi-1da production?”
Vinlyz: Yeah, at first it was kind of frustrating that they would just put Boi-1da’s name, but then I realized that that is just a part of the game. Everybody has to go through stuff like that. I did see it as a good thing also, because if my name is next to Boi-1da’s then I must be doing something right. I started to look at it as 1da just helping me out.

L+T: Who are you currently working with?
Vinlyz: I’m working on Diddy’s next project. I’ve been in the studio with J. Cole. I’m working on more stuff for Drake, Travi$ Scott, Fabolous and Jeremiah. I’m doing some Latin stuff for Prince Royce. There’s a bunch of stuff coming up.

L+T: Which projects are you most excited about working on?
Vinlyz: I’m actually most excited about being a part of Travi$ Scott’s album. I just feel that the sound is just brand new. No offense to the legends, but I’d rather work with a new artist and help to break them and build a whole new sound. It’s a challenge.

L+T: How is this next Diddy album sounding so far? Is it more of an aggressive hip hop album with the vibe of his “Big Homie” single or is it more eclectic like the Last Train to Paris?
Vinlyz: It’s neither actually. He’s really trying something brand new. Something more like what he calls “godly.” It’s big beats. It’s really interesting.

L+T: Since you’re from New York, was it a big deal finding out that you’d be producing records for JAY Z and Diddy?
Vinlyz: It’s surreal man. Sometimes I don’t even believe it is happening. It’s all just happening so fast.