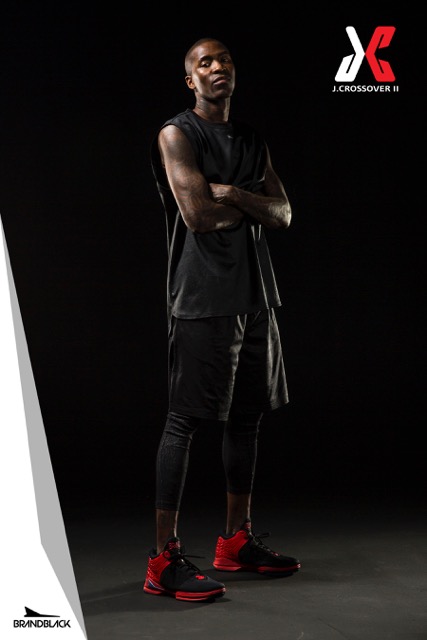 For those who have caught a Los Angeles Clippers game this season, many have likely noticed Jamal Crawford rocking an unfamiliar black and red sneaker. While a majority of the league’s players go with Nike or adidas, (his Clipper teammates Blake Griffin and Chris Paul are two faces of the Jordan Brand), Crawford is member of the Brandblack family. Last season, he became the young brand’s first and only – so far – NBA athlete, running in the first signature shoe of his career en route to earning Sixth Man Of The Year honors.

Though Brandblack is in its youth, its leaders are not. Founder David Raysse has spent ample time at adidas, Fila, Rocawear and Sean John among others, and pulled from all of those experiences when creating Brandblack. “Having played ball my whole life, I think it gives me unique perspective on the things that are important in basketball shoes,” he says. “That was an area that was frustrating for me at a lot of companies. So much of what they do is driven by marketing, but not genuinely just building simple performance shoes for athletes. So, I tried to make these shoes simple and functional.”

Life+Times caught up with Raysse to discuss Brandblack, working with Jamal Crawford  and finding the perfect medium between fashion and performance. 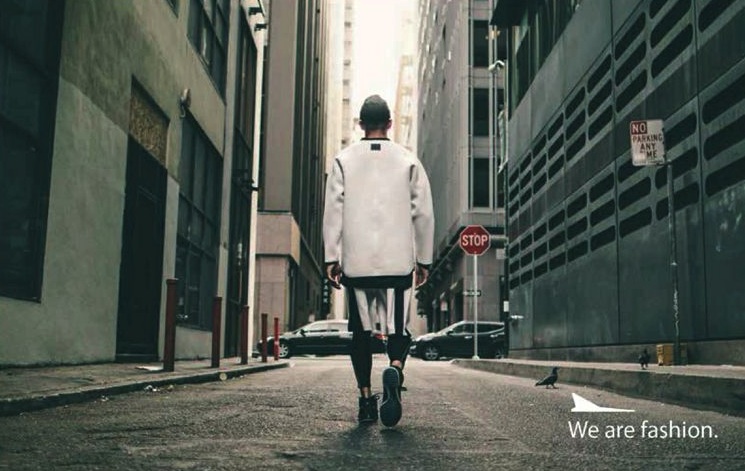 Life+Times: You’ve worked with a few sneaker companies and clothing brands in the past. Why did you want to create Brandblack and what voids did you see in the sportswear market that you wanted to fill?
David Raysse: I would say having worked at FILA, adidas, and a lot of the urban brands in New York – I did Rocawear, Sean John, Phat Farm – I think I had some perspective on what the market was missing. My parents were in fashion and I played a lot of sports in high school and in college I played basketball, so I had a real interesting way of bringing those two worlds together. I feel like everybody has played on that a little bit, but not as far as I wanted to take it. That was the real genesis of the concept of Brandblack, to really make product that was a 100 percent fashionable but also perform at the highest level.

L+T: Brandblack is a bold statement. Why did you decide on that name?
DR: I worked for a long time on what the name was gonna be. I wanted something that was immediately recognizable, a name that evoked power and mystery and really spoke  to the feeling of the brand. I like it because it talks about the sensibility of the person that wears the brand and what the brand is about. It’s kind of dark, it’s powerful, if you think about history, the signs of power in mankind – whether it’s a religious uniform or a suit – it’s always in the color black. I also was interested in luxury things or limited release things. Whether it be a “black card” or “black edition,” it’s become the term to describe something that’s special, so I thought it was perfect. I like the fact that it’s not some weird, made up word, it’s a word everybody knows.

L+T: Talk about the FUTURELEGENDS collection that has some of everything, apparel, shoes, etc.
DR: Well the name came from a David Bowie song on the album Diamond Dogs, and we liked the idea because it’s what we aspire to be. I think it reflects the mindset of trying to do things that are timeless. It’s not so much about us thinking that we’re future legends, but in order to be a future legend all of your work has to be as good as it can be, it can’t just be disposable short-term music, art or whatever. Our first collection that we put together had a lifestyle and a performance segment. Then we came to the realization that if Brand Black is about marrying those two together, then the shoes and apparel should always be both. So, all the apparel in the FUTURELEGENDS collection is both fashionable and performing. Aesthetically, it’s gotten a lot more futuristic and dark and there a lot of new, innovative materials on there that you’ve seen in fashion but actually are perfect for performance. Using the kind of mesh that you use on running shoes on sweatshirts, so it kind of has the look of an old P.E. sweatshirt but it’s actually made out of really technical mesh that you would see on performance shoes. We’ve got a basketball top and bottom that is made out of a micro-fiber that’s been embossed and looks just like leather, but 100 percent moisture-wicking performance micro-fiber material. So, we’re really excited about that, it’s a nice balance for the footwear.

L+T: Working at Rocawear and Sean John, and then with adidas and FILA, how have you seen those worlds – hip-hop, fashion and basketball – intersect. Especially now, there’s a lot of attention being paid to style, fashion and basketball players.
DR: It’s funny you say that. I’m old enough, and having lived in New York, I got to watch the hip-hop clothing market burst on the scene and see the influence that had on everyone. It started off as, “well, it’s just gonna be for a bunch of urban kids,” then all of a sudden it crossed over and became the aesthetic for most of America. How that impacted athletes obviously was a big deal. When the NBA came up with their new rules – I think guys were looking a little too thugged out on the side of the court and looking like they were gonna be in a hip-hop video – it made the guys wear suits. I think what that did – some 20-year-old kid doesn’t wanna wear some corny suit – is it opened  up the door for stylists to come into the NBA and you saw guys start getting very stylish very quickly. In the last [few years], however long that rule has been in place, is where you’ve seen the emergence of guys like Russell Westbrook, KD, Dwyane Wade looking like and going to and attending Fashion Week. I think Kanye had an effect on that, as well. It also changed the mentality of fashion being “soft.” The macho side of it was toned down a little bit and hip-hop has done that, as well, it’s gone from thug music to more party music. I saw all this going on and I felt like it was the time for a brand that reflected that.

L+T: You all picked Jamal Crawford to be your ambassador, how is you relationship with him and why was he a good person for that role?
DR: Having done this for a long time, I’ve seen some really good synergies – obviously the best being Jordan and Nike – and then I’ve seen some wack ones where it looks forced and it looks like the dude is just getting paid and he has no interest whatsoever. You know he’s not rocking it and as soon as he gets off the court he’s taking it off. I didn’t want one of those awkward, forced relationships. I wanted to get a player that was high-profile enough that people know him, but not so high-profile that it became obvious that we were just paying someone to wear our stuff, and also a guy that had some personal style and swagger and looked like the brand. The markets that he’s played in and is playing in was also very exciting for me because I’m originally from New York and now in Los Angeles, so it was a good fit. Then when I got a chance to talk to Jamal, I think we vibed well, we had similar interests and views on music, culture, and that sort of thing. 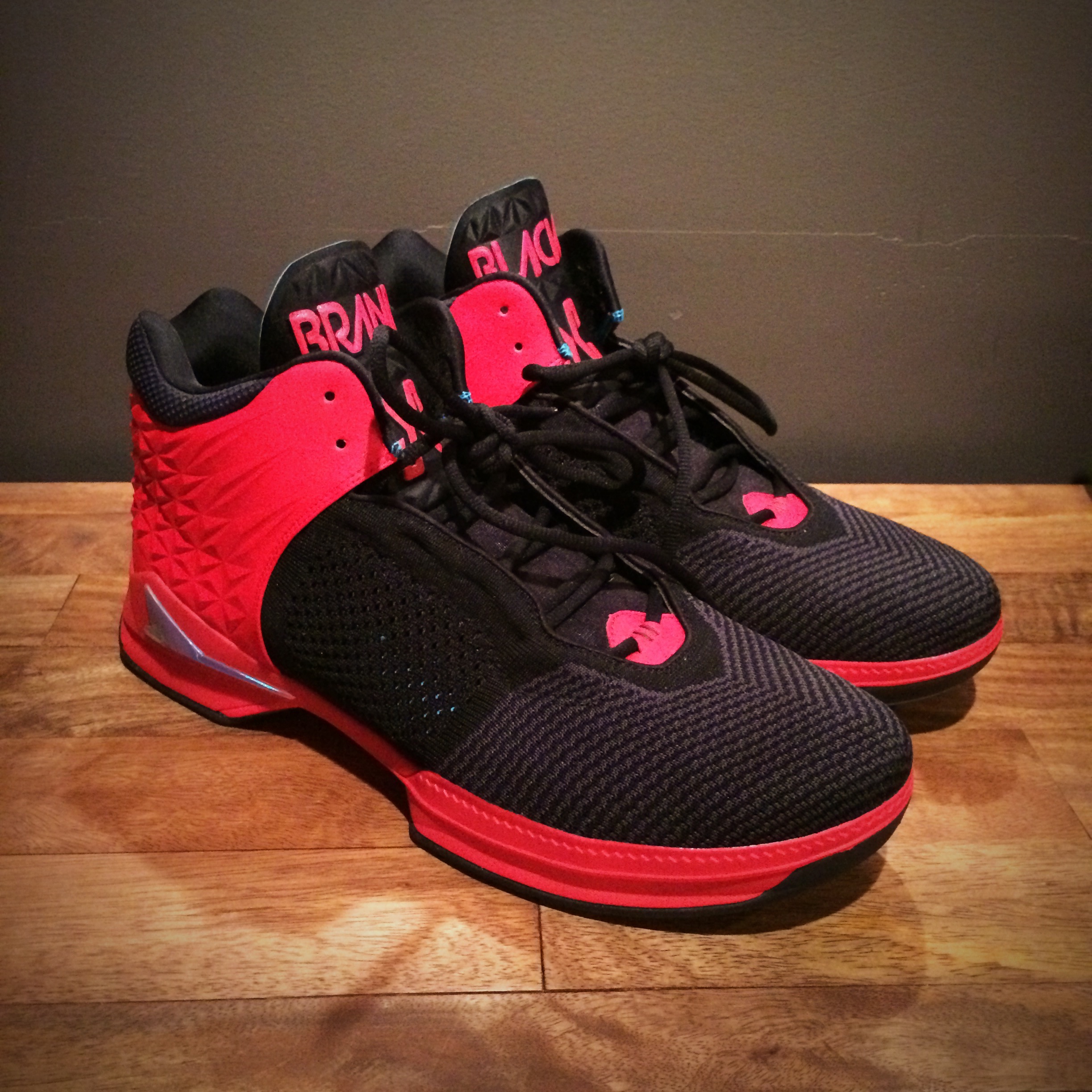 L+T: From a performance standpoint, talk about the J.Crossover and the other basketball shoes you all have.
DR: Right now we’re about to release the J.Crossover II. We’re really excited about that shoe, it’s an all-knit shoe in the forefront. Knit like you’ve seen from Nike with FlyKnit and adidas with Primeknit. So, knit construction in the forefoot with reinforced threads that can be strengthened in certain places. It’s got a molded collar area on the inside and outside to give a lot of support and breathablilty. We’ve got a sockliner which is super-cushioned; cushion technology which is better EVA, it has better compression, better rebound, better energy return. The shoe is super-light, it’s 11.5 ounces, so we’re really excited about the shoe, it’s really technical.

L+T: How was the feedback you got from Jamal?
DR: When we first showed him the shoe, he loved them and was able to play in them right away. Over the course of the last year working with him, we’ve had a chance to really tune the shoe to his specific tastes. An interesting [thing] with Jamal that’s different from any other athlete I’ve ever worked with is, if he had it his way, he’d rock the same pair [of shoes] for the whole season. Obviously that’s not the best look for a brand that’s trying to show new shoes, so we had to find a way to make shoes that were extremely comfortable for him and felt broken in right from the beginning. That’s one of the reasons we went to a knit upper, because it feels very broken in and solid for him.

The J.Crossover II will be available in February 2015. Check out more from Brandblack here.