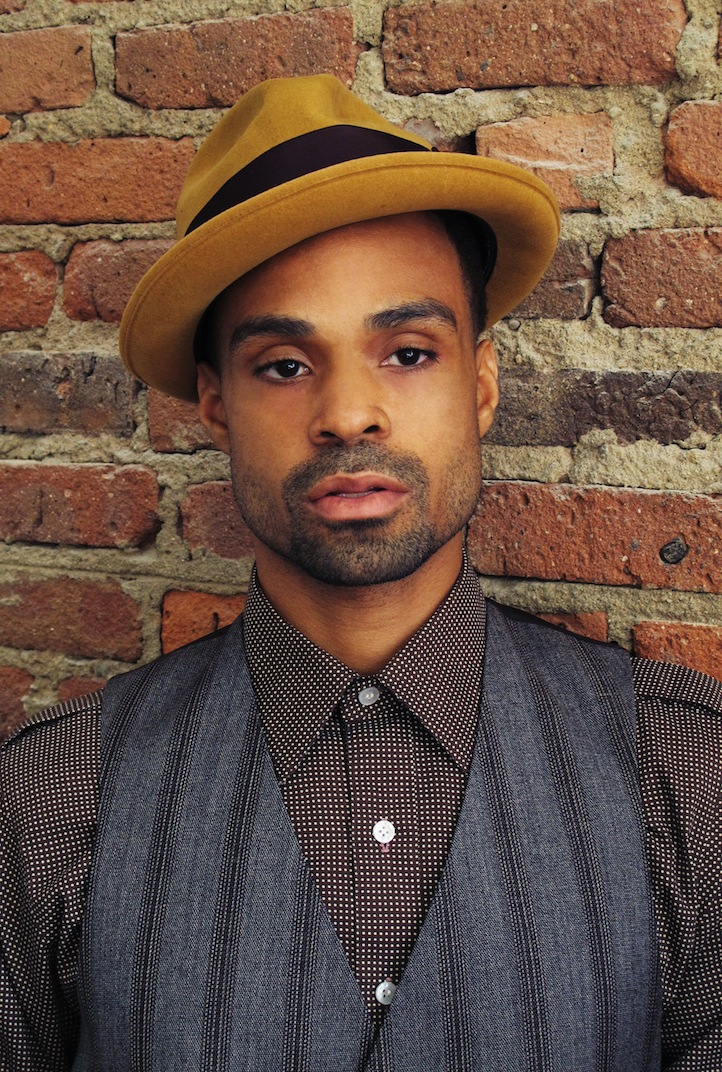 Once artists cement themselves as being supremely talented, they develop strong relationships of trust with the listeners, who tune in with anxious, open ears every time that artist releases new material. It’s called credibility, and Philadelphia soul brother Bilal has certainly established himself as one of musics most credible members. The styles may switch up, but the quality never does; the bar remains high, and through his first two albums – 1st Born Second and Airtights’ Revenge – and standout guest appearances collaborating with Common, The Roots, Robert Glasper, JAY Z, Erykah Badu and others, Bilal has garnered a heavy reputation over the past decade as one of music’s top vocalists. As he preps his third LP, A Love Surreal, due out February 26th, no less should be expected, especially after hearing the first two singles.

Life+Times caught up with Bilal to discuss A Love Surreal, who he’d like to work with, Philadelphia music and more.

Life+Times: Talk about the progress and growth you’ve made as an artist from your first album until now with A Love Surreal.
Bilal: The progression has been that I’ve slowly started to produce more on each record. 1st Born Second, I think I produced three records on there; Airtights’ Revenge, I produced just about every record and if I didn’t produce it I was working with the producer to get the sound. So on this new record I’ve produced as much as I’ve done before, so I would say this record has more of a complete sound from my own head.

L+T: Expand on the new album and what it sounds like, where the title came from, etc.
Bilal: The new album I like to say is mixture of a lot of different sounds. I like to call it acid-jazz, funk, kind of blues album, with the influence of hip-hop definitely. I was inspired by Salvador Dali, that’s where surrealism came from. I was thinking of an album that never came out. I had an album on Interscope that was called Love For Sale, and it got shelved, so I just named this one Love Surreal, because I felt like I was right back at square one. For the longest I was supposed to sign with E1 and actually put Love For Sale out, but you know, things happen. It’s surreal that I’m right back at the same spot about to put our a record with them. Also, surreal – the word surrealism – my inspiration for this record, I got a lot of concepts from Salvador Dali and the way he made his art pieces, it almost looks three-dimensional, and I wanted to do that with the sound of this album. So this record is almost like a sonic art piece.

L+T: Where does the first single, “Back To Love,” fit in the totality of the album?
Bilal: “Back To Love,” it really speaks about emotion and feeling of this album. Airtights’ Revenge was an album that I had really written for the male listener. I was really speaking about a lot of issues and questions that I had in my own mind about life, government, religion, economy, my children, things of that nature. But on this record, I’m getting back to speaking about love and I really feel like I’m speaking to women on this record. It’s a woman’s feeling and it’s loving, you know. It’s not as dark as Airtights’ Revenge, so “Back To Love” really opens up the door to that type of emotion.

L+T: Leading up to the album, you released a mixtape [The Retrospection] with a couple of new records, including Stevie Wonder, “Too High” cover. Talk about that song and why you decided to cover that record?
Bilal: It was a remake of a remake, that’s the way I look at it. I got the music from Yesterday’s New Quintet which is a side project that Madlib does – Madlib is an awesome producer out of California. I was listening to his remake and decided to just sing this song over the top of it, because it was originally an instrumental. So I just sang the original song overtop of it in my own new way. That song in particular is [one of my favorites]. I liked Stevie’s playing and form on that. It reminded me a lot of the jazz formation, style and approach to soul music, and that’s what’s really my blueprint on this album, A Love Surreal – to use a jazz approach. On a lot of my albums, like Airtights’ Revenge, it was very heavily electronic and rock influenced, but this album adds all of those influences with a jazz influence mixed in there, too. I was always looking for a way to fit it in, and working on that song really opened up my eyes on how I could possibly do it.

L+T: Robert Glasper has mentioned that you all are good friends and went to school together. What’s your relationship with him and how does it feel to see him get Grammy recognition?
Bilal: It’s awesome, you know, Rob’s played on every one of my albums from 1st Born Second on, he’s even playing on this record, so I’ve known Rob since college basically. We were running buddies, went to all the jam sessions, all the jazz sessions, so to see him out there, I always told him that this was gonna happen for him. I used to call him the Black Yanni back in college [laughs]. For all of this stuff to come through, I’m really happy for him. As well as me being on all of his records, he was on all of mine, so it just feels like we’re celebrating together.

L+T: Reflect on the Soulquarian movement you were a part of and what that did for music.
Bilal: I look at that like a renaissance almost with a lot of high level musicians getting together and working with each other. Something like that hasn’t really happened since Tribe Called Quest when they had the movement with Busta Rhymes, De La Soul and it was really a push on jazz infused with hip-hop. So the [Soulquarians] movement felt like a renaissance for me. I was the youngest cat in the group, so for me to just be involved in it was dope. I really think it inspired a lot of musicians to create on another level with the music and it also made a lot of people look back to the ancestors or the forefathers of the movements.

L+T: Anyone you haven’t worked with that you would like to?
Bilal: Well there’s a bunch of people that I’ve worked with that the stuff never came out [laughs]. I’d like that shit to come out. I always wanted to do some things with Flying Lotus, he’s a producer out of Los Angeles. I’ve love to do some things with him to see what comes from that. We’re good friends and when I’m out in LA I’m hanging at his crib, we mess around with some music here and there, but I’d love to do a record with that cat, he’s awesome.

L+T: Philadelphia has an incredible music history, especially dating back to Gamble and Huff, and “Philadelphia Soul.” Talk about the Philly music scene nowadays with yourself, The Roots, Jill Scott and others that come from that area.
Bilal: Well, you know, Philadelphia is like a big city, but it’s a small town. So all the musicians are kind of a family. Everyone knows each other and everyone likes to play with each other. It’s how we hang out. So you always can find a dope jam session in Philadelphia, and you can still do that today, almost everyday of the week. I think that’s where a lot of the soul comes from, that community and that communal kind of thing with everybody jamming with each other. Everybody has that same understanding and appreciation of soul.