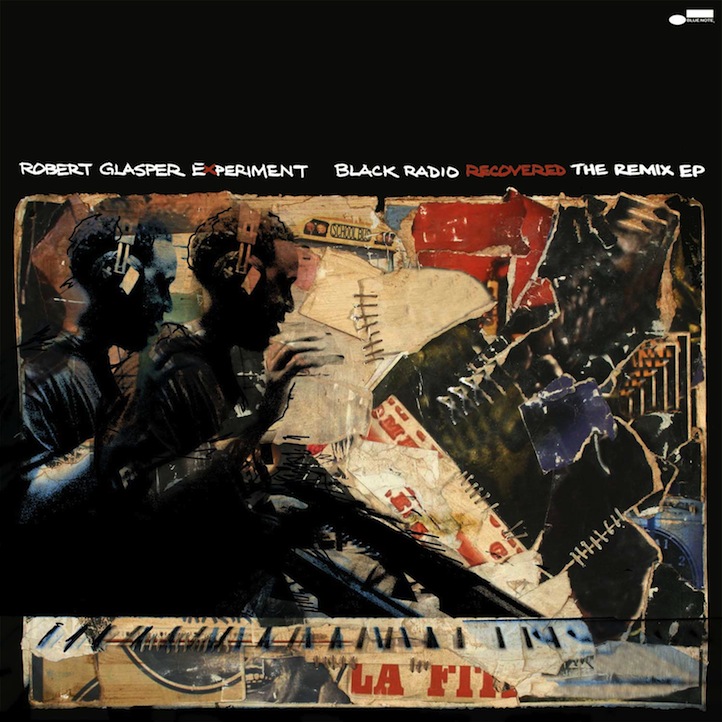 “[The album title, Black Radio] actually came from a song I wrote with Mos Def – now Yasiin Bey,” said Glasper. “We actually wrote that song three or four years ago in a rehearsal. The reason behind it is the black box in airplanes, or the black radio. When the airplane crashes that’s the only thing that survives. It gives you all the information of what happened with the flight and why it crashed. That was the reasoning for the song, so I named the album Black Radio because I felt like music is crashing and burning all around us, but good music always survives. I felt like this [LP] was one of those records, where in the midst of bullshit music, there’s some things that are still good that will survive the test of time.”

Upon its release, Black Radio received much praise; it got a strong jolt of energy earlier this week with the release of Black Radio Recovered: The Remix EP, which features, 9th Wonder, Pete Rock, Questlove, Solange and others. Black Radio Recovered culminates with “Dillalude #2,” an awesome, soulful medley of some of J. Dilla‘s dopest records.

“We thought about doing a remix project maybe in June and started it in July. We just wanted to put something out there that kept the momentum of the album going, and kept my name afloat and the project afloat. I just called upon some of my friends and gave them a shout to see if they wanted to do a remix album, and I let them choose which songs they wanted to do. It’s an EP so we couldn’t do too many songs, and I used a J. Dilla interlude that I actually recording during the Black Radio sessions. We just never used it for the album. We pretty much did the whole thing in about three weeks.”

Life+Times caught up with Glasper, who broke down the creative process behind all six tracks on the EP.