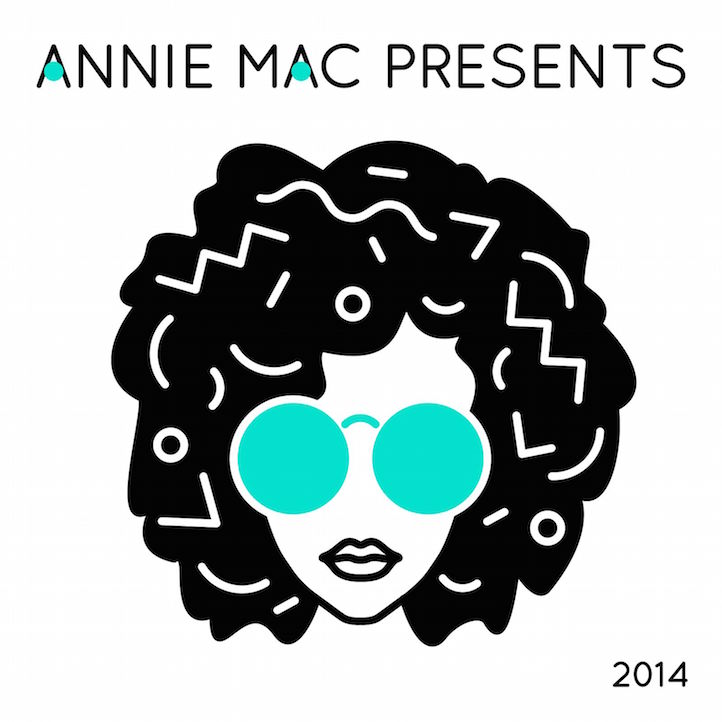 In November 2013, Life + Times spoke to renowned DJ and BBC Radio 1 host, Annie Mac, about the release of her AMP (Annie Mac Presents) 2013 compilation and the inner workings of her Annie Mac Presents imprint. Last week, the multitalented DJ dropped her AMP 2014 (out now via Virgin EMI Records) featuring an Annie curated mix consisting of original tracks and remixes of some of dance music’s best kept secrets. Since our last conversation, Annie embarked on her debut North American tour (March 2014) and took on the role as executive producer of her very own television show, Superstar DJs with Annie Mac.

Outside of her highly successful AMP events, Annie is introducing a new monthly party series entitled AMP Collected. The showcase will feature her favorite up-and-comers at iconic London venue, The Institution of Contemporary Arts (ICA). Unlike the “high energy rave music” played on her Friday night Radio 1 show, Annie’s late Sunday night slot, “Musical Hot Water Bottle,” features mellow sounds from an array of genres. Hence, AMP Collected will reflect the sounds of the latter aforementioned showcase. It’s Annie’s curiosity, diverse experimentation, and love for assorted genres of music that distinguishes her as a key figure in the industry. She’s an unstoppable force and a musical tastemaker that consistently stays ahead of the curve.

Life + Times: Congrats! I read that AMP 2014 went to #1 on iTunes in the UK.
Annie Mac: Yeah, it went to #1 on iTunes…and it kind of stayed there all weekend – which is great. So, we’ve had three consecutive days at #1 and it feels really good. It’s kind of sold more than any years previously. The thing that is most important to me is that its’ had really good feedback and really good reactions to the music. So, I’m delighted.

L+T: You have a sick lineup on the compilation. So, the success of it doesn’t surprise me. Plus, you and your brand have received a lot of traction not only in the UK now, but also in the States. I’ve definitely seen the progression.
AM: It’s weird because the last two years [BBC] Radio1 has not been on Sirius, so I’ve kind of been worried that my profile has probably gone down in America. So, that’s really good to hear.

L+T: No, it hasn’t. Around this time last year when I first interviewed you and up until now, your AMP brand and you as a DJ has really gained traction here. That is exciting. Sometimes it takes an outsider perspective to see. Now, I wanted to get the story behind the “behaving” and “raving” photos. What’s the story behind that?
AM: Okay, so I do this on Fridays on my radio show. We do a thing on Friday nights where we just kind of ask our listeners, “Are you raving or are you behaving?” It’s been something that I’ve done for years. People always let us know which one we’re doing. That’s why we do the Instagram pictures. It’s funny. That’s why Friday’s normally rave-y day and Sunday is very much a day where people kind of behave.

L+T: What I noticed on the compilation is that you have so many artists on there – Hannah Wants which I’m very excited about and of course you have Caribou along with other others. Going forward for dance music, what do you see as being the next big trend? It doesn’t necessarily have to be artist wise, but even style or production.
AM: I mean, it’s impossible to tell really. It’s hard to tell. I guess there’s things you can look at what has happened this year. I’m really interested in the kind of rest of the world and how it reacts to what happens in the UK. For me, it’s interesting to see these big, kind of soul R&B divas from America jumping on the UK stuff – specifically Mary J. Blige coming over to London calling her album The London Sessions working with Disclosure and that kind of thing. Equally, Jennifer Hudson jumping on Gorgon City’s single which is currently out now and it’s on their new album. For me, it’s kind of interesting to see this house that’s been so popular in the UK now starting to make waves in America. It will be interesting to see whether that may be the new ‘thing’ in terms of really big popular dance music where it’s kind of the EDM sense becomes a little more soulful and a tiny, little bit more deep. I don’t know if it will, but it would be great to see if it did.

L+T: I hope so. It’s long overdue. R&B and soul is obviously classic, then you put it together with house music – it’s magic! It almost – I put emphasis on “almost” – reminds me of the days back when trip hop was in its’ prime time in the ‘90s with Massive Attack, Portishead, and Tricky with those collaborations. That would be phenomenal.
AM: Yeah, absolutely. I think it’s just gonna be really interesting to see what happens with EDM and where it’s gonna go and what’s gonna happen with it. I’m fascinated. In the UK, we seem to have our own kind of self-sufficient dance culture where you have all these acts that are really commercially successful and pretty much pop music without the need of EDM. It’s really interesting. You know, Calvin Harris is kind of the person that consistently and repeatedly tops the charts in the UK with what you would call EDM music; but apart from that it’s people like [Duke] Dumont, people like Clean Bandit, [and] Gorgon City. There’s so many acts that have come through that are making this kind of Chicago inspired house music that doesn’t have anything to do with EDM. So, it’s gonna be interesting to see what happens with that.

L+T: I always used to tell people, ‘Oh, the EDM bubble is never gonna pop,’ but the way that things are going I would not be surprised if the styling at least starts to just fizzle out. Well, not necessarily ‘pop,’ but kind of slowly disappear. We’ll see.
AM: Yeah, it’s gonna be interesting.

L+T: I know you were doing the “Superstar DJs with Annie Mac.” How did that go? Is it a wrap?
AM: Well, it went really well. Thank you. I have to say that I really enjoyed it. It was really, really interesting for me to do that. It was really interesting for me to come at that from a very different angle of television, you know. I’ve always hosted television being part of the presentation level, but I’ve never been part of it from a production level. I came in as an executive producer and someone who was very behind how it was working in terms of everything from the camera crew to how it was gonna look, how it was gonna feel…So, it felt like a personal project for me.

It was very much an experiment in terms of to see how you do make television. I have never learned so much in terms of doing a project ever; and I love learning. It made me feel really alive and really excited. It gave me a search to do more like this. It taught me a lot also in terms of where the world stands in terms of electronic music at the moment. Yeah, I really loved the process. It was really exhausting at times because we didn’t have much money to make it, so we kind of had to piggy back onto projects that I was already doing. So, I’d be on tour and there would be a spare night that would normally be a rest day would be spent traveling and filming someone. It was very exhausting, but it was brilliant. The end result I’m very happy with…I learned so much. It was received well. It had very good viewing figures. Channel 4 over here was very happy with it. They want us to do another series, so that’s something that we’re working on very slowly – trying to figure it out.

Annie Mac Presents 2014 is out now via iTunes. The first lineup of AMP Collected events kicks off on November 26th in London. Click here to purchase tickets.