Long-form television shows are one of the strongest trends in media right now, especially those on HBO. Unfortunately, they all must come to an end and now is that time for Treme, which began its fourth and final season yesterday. Created by David Simon and Eric Overmyer (of The Wire fame) the intricate, intimate narrative weaves together stories of several New Orleans residents and is set shortly after Hurricane Katrina. Treme documents people’s struggles as they look to reclaim their beloved city. One of the central characters is Delmond Lambreaux (played by actor and Brooklyn native Rob Brown), a jazz musician who left New Orleans for New York, but returns after Katrina to help his father. In the process he reconnects with his New Orleans roots and Mardi Gras Indian culture.

Life+Times caught up with Brown to discuss Treme, New Orleans and his character’s growth over the years.

Life+Times: Talk about the significance of the show, especially coming on the heels of Hurricane Katrina. The city of New Orleans seems to be very supportive and fans of the show.
Rob Brown: Well [as] you said, they’re fans of the show. A way to illustrate that is on Sundays when we air, bars around town will basically hold viewing parties where you have a bunch of people watch the show, which I had never heard of. It’s flattering. The importance of the show I think is clear. It’s a clear snapshot of New Orleans. It’s an isolated city and a dark city in almost every sense. So, for us to depict it in the most honest way possible, I feel like we get a lot of compliments in that regard from natives because we haven’t glanced over anything or taken for granted their way of speaking or their food. It isn’t all just gumbo and alligators, and we’ve been unapologetic in our approach to the show in the sense that, “This is how it is. If you don’t understand, you might have to read a book.” That kind of forced the audience to acknowledge their curiosity and explore and learn about the city. I’ve met dozens of people who were like, “I just love the show and had to go [visit New Orleans].” Rebirth [Brass Band] plays at Maple Leaf every Tuesday, and I heard somebody ask, “Oh, this happens all the time?” Yeah, it goes down every Tuesday. I kind of started taking it for granted myself. I still have a condo there, so it literally is a second home. 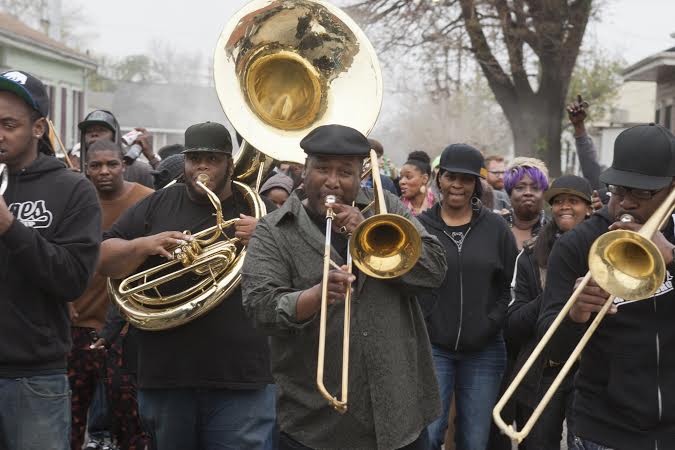 L+T: What have you learned about New Orleans in your time being there? Were you familiar with it already, or has the show also enlightened you about the culture there?
RB: The show absolutely told me everything. I’ve had the privilege of getting to know natives; a lot of musicians, so I really don’t have to ask a lot of questions, I just hang out with them. It’s an intricate city. A lot of pride, a lot of diversity. New Orleans is a place where you can go and just be yourself, and that’s really important. A lot of people have a hard time confronting who they really are, and New Orleans makes it really easy for you to say, “This is who I am, and that’s ok,” more so than any other place I’ve been in the United States. The natives are unapologetic about their city. I’m a Giants fan and I resisted the temptation to fall into the Saints fandom, and they will try to sneak you a hat or a shirt and get you to say “who dat” all the time. Not out of hate for your team, it’s more about, “Hey, we’re in the same neighborhood, let’s all root for the same thing.” That team galvanizes the city. It’s a college atmosphere. That’s a mundane anecdote because we’re talking about football, but they attack everything that way: the way they talk, their food, the music. They’re unapologetic, like, “This is ours,” and take ownership of it more aggressively than a lot of places in America.

L+T: What about your character, Delmond Lambreux? How has he grown over the course of the show and where is he going in this final season?
RB: One of the key themes for Delmond is transition. Constant transition. First of all, from New Orleans to New York, then juggling two girlfriends, transitioning back home and back into Indian culture, it’s constant adjustment. That’s what Delmond’s life is; strife with constant adjustment. So, from season one – he was in New York, kind of removed from all the devastation, trying to make it in the jazz game while having his fun – until now, where he’s taking ownership in terms of being a Mardi Gras Indian. He’s more mature and he has his woman. He was a man in the first season, but he’s really a man now. That’s due to how you learn through transition. Stuff changes and you have no control over it, but how do you react? 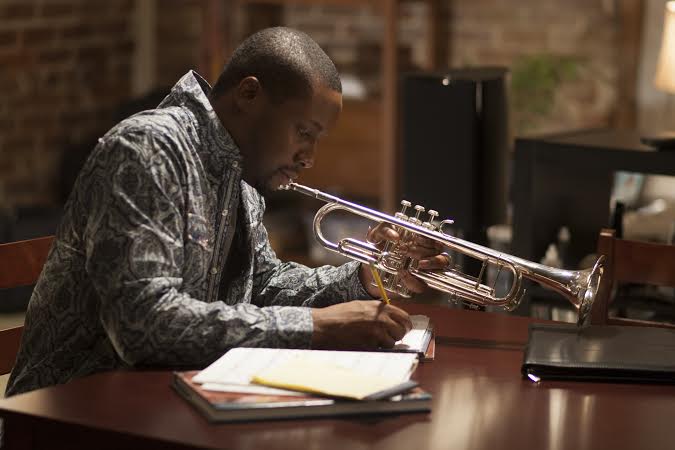 L+T: Describe the relationship he has with his father. Are they finally at peace?
RB: I think Delmond is always at peace with his father. He has a good relationship with his father, it’s just that, “there’s always something. This guy is never satisfied.” Anyone who has a father figure knows that dynamic. That’s kind of why Delmond wanted to pick up and figure stuff out for himself at some point and say, “Enough, I know all that, but it’s not really for me. Just because I try this doesn’t mean I can’t come back down here and swing; just because I’m playing classical [music] doesn’t mean I can’t come back and swing.” The constant contingent between the two of them is music. Another point is the Mardi Gras Indian culture. As a kid,  and this is with anything, if you come up under your dad doing something, there’s gonna be some sort of expectation later once you become a man. That’s something Delmond struggles with because it’s constant adjustment and he wants to make his own mark. However, during Delmond’s transition, he realizes there’s some importance to it, there’s history there. Especially as a jazz musician, you’re an automatic historian, so you can’t ignore what’s so ingrained and true to you.

L+T: Delmond is loosely based on jazz great Donald Harrison. Talk about your relationship and what you’ve pulled from him.
RB: Well he’s an open book, he’s really accessible. When I asked a question, he was more than happy to answer, and that’s true of damn near all the artists down there. Terence Blanchard was the same way, big name artists who will just talk to you. In terms of Donald, there was always something mysterious about his explanations of the Mardi Gras Indians. Then I started asking other people and there was mystery surrounding their answers, too. So I went back to Donald and got more mystery. It’s hard to get anybody to tell you anything about Mardi Gras Indians, but he tried his best. In every other facet, he was always ready to help. Seeing him work with kids, and the pleasure he gets from just playing music, I picked up a lot of that when we were on the set. [He’s a] great educator and I took full advantage of that just being curious and wanting to know how he wanted me to execute my loosely based character. 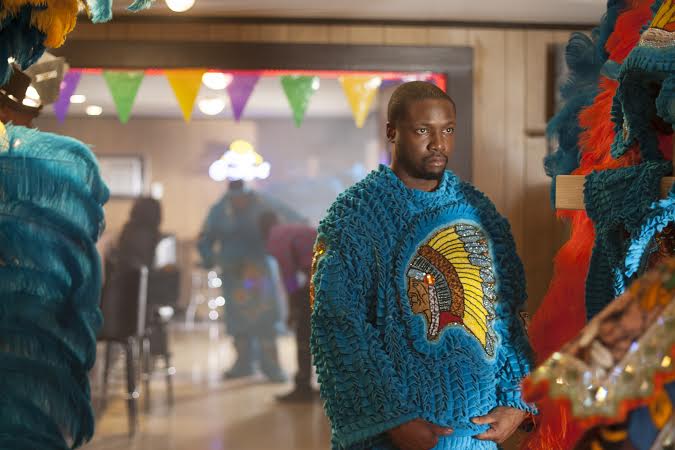 L+T: So you’ve learned how to play trumpet?
RB: I’m at like an 8th grade level. That’s the best I can do. It’s hard. It forces you to use muscles in your mouth and after awhile it’s like, “Yo, I’m hurting myself.” It’s really rewarding though. Once you start learning, if you hit a C-note after not being able to do it, it’s like, “Wow.” I’m a huge Trombone Shorty fan, although I guess he’s technically not in the jazz genre; he kind of does what he wants. I looked at a lot of Lee Morgan video before going down just because he was a slim dude and smooth. He was one of the people I wanted to play like. I’m a live music fan now. I used to never go to live stuff, now I’m hunting for them.

L+T: Aside from Treme, you’ve mainly done movies. What’s been the difference in terms of preparation?
RB: Well you’ve got a lot more time, obviously. The main adjustment for me was not knowing information. If you do a film, you get all the information and you can make all of your choices. [On Treme], we’d get our script and then have to shoot the next day. So, there was always some mystery and they would never tell us anything. After awhile, I had to just trust them. That was a constant struggle. Also, being on a television that’s really well-written, we were anxious to read the next script. We were reading as fans, like, “Oh, what’s gonna happen next episode?” For an actor, that’s dope when you experience that, instead of the run-of-the-mill, “Let’s get this shot, I’m trying to make this flight.” People were invested wholeheartedly and it shows through the work, I think.