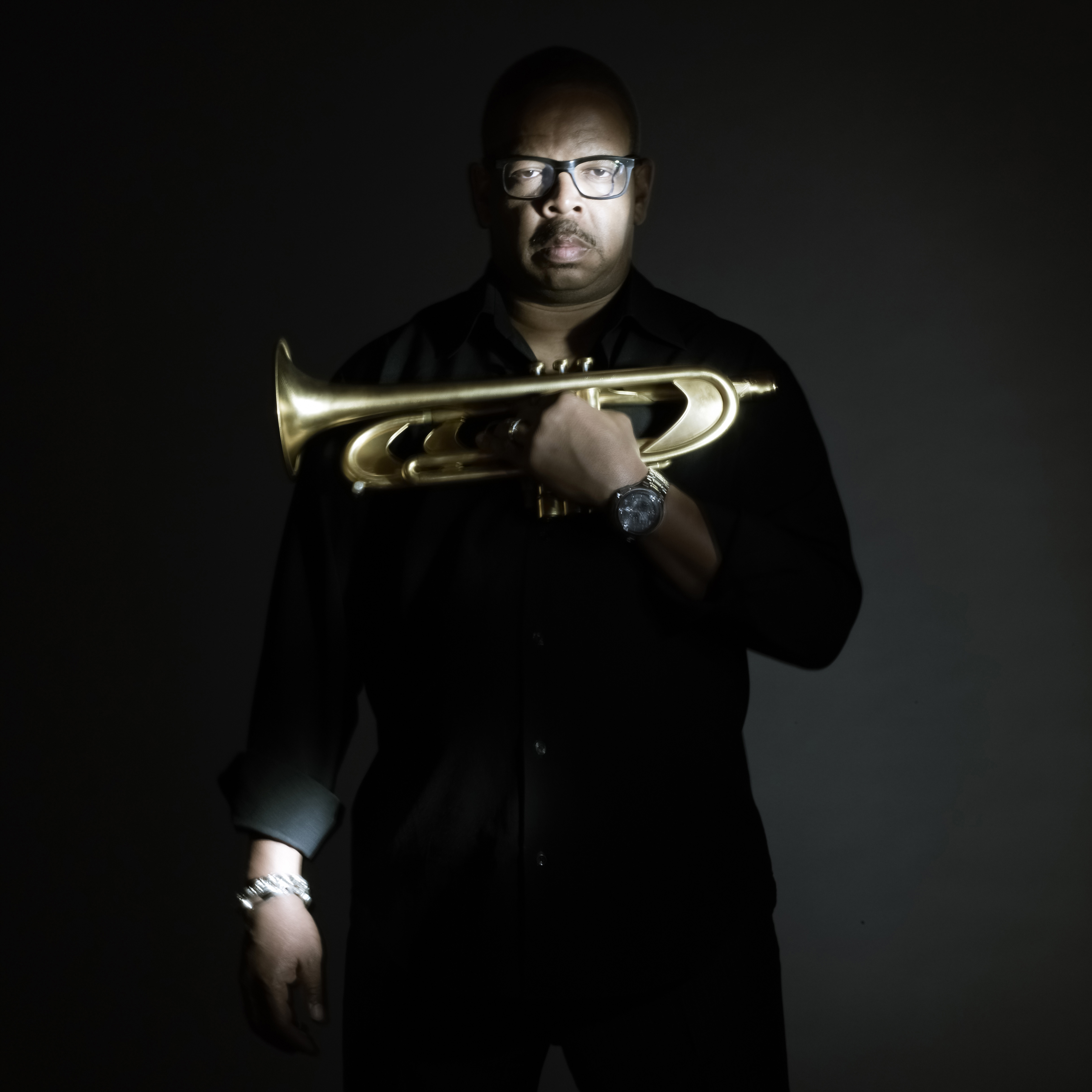 Terence Blanchard‘s latest record, Magnetic, is about attracting the positive, something he and his trumpet have done a whole lot throughout his career, connecting with Art Blakey, Herbie Hancock, Spike Lee and countless others on his way to five Grammy wins and a litany of other prestigious awards. With the help of his band members – drummer Kendrick Scott, saxophonist Brice Winston, pianist Fabian Almazan and bassist Joshua Crumbly – Blanchard’s quintet crafts a seamless body of work.

Here, Life+Times talks with Blanchard about Magnetic, his work with Spike Lee and “Champion,” an “opera in jazz.”

Life+Times: Talk about your new album, Magnetic, the album title and the vision behind it.
Terence Blanchard: Magnetic is about a spiritual journey; no matter what your belief is, it’s all about trying to draw positive experiences and energy toward yourself. Most people would call it faith in the various religions, other people in different types of meditative exercises believe that you can just draw positive things towards yourself, so that’s what the whole idea behind the album is. The guys in the band themselves have always been great composers and people who have their own vision, and they added a great deal of personality to the album just through their own compositions and their approach to playing jazz.

L+T: How is this album, your 20th, different than when you were making your first album? Is it a challenge to remain innovative?
TB: The only thing that’s different is that I’ve matured over the course of time. Certain things are more important to me now than other things. Technical facility is not something that I really think about now, it’s more about trying to convey a musical idea than actually trying to prove that I have the ability to do something. The thing about making the record with these guys is these guys are fearless. These are guys who have  a wide range of musical ability. They’ll take music in a lot of different directions. If you listen to the album, this album comes from a lot of different areas of musical expression.

L+T: What was it that you saw in each of the band members that made you want to pull them in? What stood out?
TB: The thing that stands out in all of them is a common thing. Like I said earlier, it’s a fearlessness. In all different types of music, you have people that think whatever that music is, it should be present or performed in a certain way. One of the things that these guys do is they say, “No, it doesn’t have to be that [way].” They listen to a lot of different types of music, and they bring all of those experiences together when they perform and improvise. So, while we call ourselves jazz musicians, these guys listen to a lot of different things. You hear evidence of that in all of these recordings. That’s the common thing they all have. The other thing they have in common is that they’re well-studied. They’re very, very smart musicians. The combination of those two things – being very smart and knowledgeable, and being fearless – allows us to take chances and go in a lot of different directions everyday.

L+T: Beyond those band members, you have Ron Carter, Lionel Loueke and Ravi Coltrane on the record. What did they bring to it?
TB: Well, Lionel Loueke is one of my former students and was in the band a number of years ago. He’s one of those guys that no matter where he is, he’s always musically and socially present. So, he falls into any situation and can really fit in. One of the things that interesting, if you listen to “Pet Step [Sitter’s Theme Song]“, he actually aids and changes the direction of one of my solos. He starts to play this little riff, and then Kendrick starts to pick up on it – it happens very quickly, so it’s hard to notice; prior to him being there, we were playing our solos in a very different fashion than what’s on the CD. And that’s all because of Lionel and his presence. Ravi Coltrane I think is brilliant musician and I really loved his last album that he put out. It’s a brilliant album and it showcases his voice. So, I wanted to have him on the project just as a means of inspiration. I thought he came through and really added immensely to the project. When you listen to him on “Pet Step” and “Don’t Run,” he sounds amazing. He has his own sound and voice and I really respect where he’s coming from. Ron Carter, what can you say about him? He’s a walking, living legend. He’s a person that we were blessed to have in the session because we got a chance to experience something musically with one of the greatest musicians of all time.

L+T: Talk about “Champion,” the “opera in jazz” that you’ve been working on?
TB: The concept came from – one of my friends is Michael Bennt, he’s a a heavyweight champion; if you ever saw the movie Ali, he plays Sonny Liston at the beginning of the movie. I’ve been boxing for about 17 years now. In LA, when we would be in the ring sparring together, he’d always tell me about various fighters and I remember him telling me the story about Emile Griffith. When I was talking to him, one of the things that stood out is when he told me about the autobiography. If you don’t know about Emile, he was a gay male who was a fighter in the ’60s, became a welterweight champion, he was outed by his opponent named Benny Paret. He wound up beating Paret in their third fight and he put Benny Paret in a coma and he died a few days later. Emile went on to fight, he actually lost to Hurricane Carter. In the autobiography, he says, “I killed a man and the world forgave me, I loved a man and the world would never forgive me.” I thought that sentiment was a very powerful one given the times we’re living in now. So, that was the initial reason I thought about doing the opera because the story is really a story of redemption, of him trying to find forgiveness for himself. We’re calling it an “opera in jazz” but it’s really just an opera, man. Michael Cristofer wrote it brilliantly because we tell the story the vision of three Emile’s. Older Emile who’s suffering from dementia, Emile the fighter and little Emile as a boy. We also tell the story in 10 rounds throughout the opera, so there’s a bell and an announcer for each round. The thing that’s really cool is that each Emile talks to one another at various points over time, and it’s all told from a flashback.

L+T: How has it been to work with Spike Lee and how has scoring his films helped you grow as an artist in general?
TB: Well the thing about working with Spike and working in film is that it’s made me understand what it means to tell a story and stay within the confines of that story. Sometimes. In my earlier days when I was a young musician, it was all about a collection of tunes, you know. [Now], it’s about trying to stay connected to a theme, making sure that theme has a definite beginning, middle and end. I owe a lot of that to Spike because working on those really made me understand that. I’m getting ready to work on a new film called Black Nativity directed by Kasi Lemons. Which stars Jennifer Hudson, Angela Basset, Forest Whitaker, it’s gonna be a good movie.