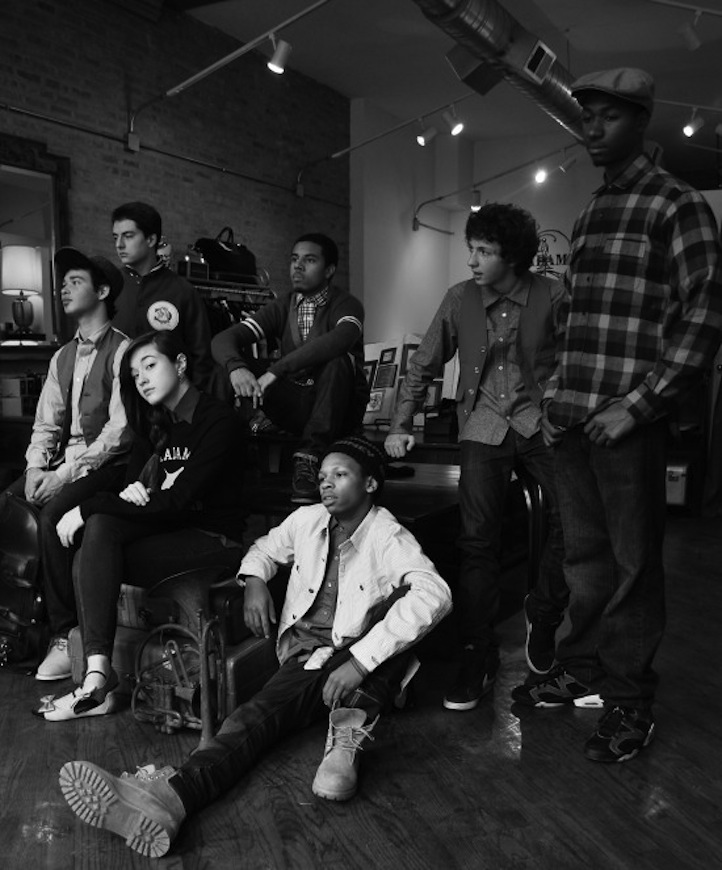 The DJ may be an emcee’s most efficient back-up, but nothing says originality like a live band with virtuous artists. Add an emcee to that and you’ve really got something special. That description may sound like The Roots, but for Kids These Days, an eight-member band from Chicago that’s its point of difference. Consisting of “seven brothers and one sister,” KTD features Lane Beckstrom (bass), Liam Cunningham (guitar and vocals), J.P. Floyd (trombone), Greg Landfair (drums), Vic Mensa (MC), Rajiv Orozco (saxophone), Nico Segal (trumpet) and Macie Stewart (keys and vocals).

From their home town of Chicago to music festival South by Southwest, the young collective (none are older than 21; some still in high school) has quickly made a name and established themselves by aiming to push the genres of music by blending jazz, soul, funk, blues, and hip-hop. “It’s all under the general fabric of music, and it kind of just comes together as one. It’s all these different genres, but at the end of the day it’s all music,” says rapper Vic Mensa. “Kids is just real music, something that’s so rare today. Something that people don’t get to experience, that real music.”

Much like its mish-mash of music, Kids also has a diverse ethnic makeup. “It’s a smorgasbord, I guess,” said Vic. “But it all just feels natural to us.”

Looking to represent the youth and hip-hop culture, which to the band is often written off as lost, uninformed and misguided, KTD operates with a chip on its shoulder.