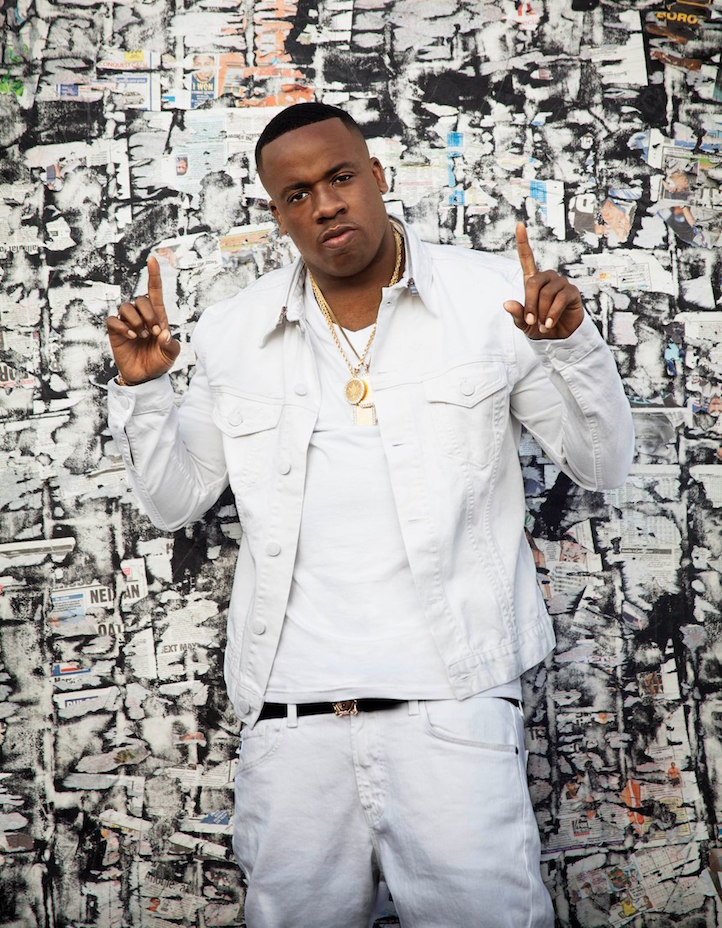 If award ceremonies awarded trophies for “Realest Record of the Year,” Yo Gotti’s “Errrbody” would be a sure shot contender for a nomination, at the very least. The song, which details the many ways people are faking the funk nowadays, points out the discrepancies between people’s online personalities and who they actually are in the real world, girls who pretend and guys that flex as if they are a lot more financially secure than they really are. “Errrbody,” however, isn’t just about putting people on blast. It’s also the realization that, as Gotti puts it, “nobody wanna be lame.”

Since the last time Life + Times spoke with Yo Gotti, he’s released his highest charting and best-selling album to date and has toured with the likes of Lil Wayne and Drake, and yet has managed to remain humble. He’s very much so aware of where he’s come from and how far he’s come. His new-found success has only helped keep things in perspective for him. “The odds of making it out are slim, so to be able to conquer that and get out of that and then be able to go back and help other people – I can’t really describe the feeling,” he admits. “It’s better than getting money to me.”

Life + Times recently caught up with Yo Gotti, who talked about his the inspiration behind his forthcoming album, The Art of Hustle, touring with Lil Wayne and Drake and his new restaurant, Privé.

Life + Times: How exactly did you come up with the concept for “Errrbody”?
Yo Gotti: I actually just stumbled on that concept. I was in the studio in Atlanta with a producer by the name of Non-Stop. We were going through tracks and as he was playing his beats I was scrolling through Instagram. The “Errrbody” beat started playing and I was looking down the timeline on Instagram and I was just seeing different things that made me come up with concept. Everybody is trying to be something they ain’t. I actually seen a couple of people I know. I was like, “Yo this ain’t really you right here.” I was thinking to myself if I didn’t actually know this one girl I would’ve been thinking something totally different. Then within minutes I came across this dude I knew. You would think he was really getting money if you looked at the Gram. So the song really wasn’t planned. It just happened like that. I just stumbled on the idea while the producer was playing the beat. I made the hook first and then when I started to write the verses I started to actually think of all of the things people really do. At the same time, I understood it too. I call out my own self in one of the verses. I basically say, who am I to talk about the next person when I did it before? You know what I’m saying? It’s like when I really got to thinking I was like, oh shit [laughs].

L+T: Why did you want to get Lil Wayne and Ludacris for the “Errrbody” remix?
YG: The crazy thing is that when I first did the record I only did the hook and the first verse. I had went to New York and played it for LA Reid. He liked the record. Originally, I thought of getting Wayne on it, but timing was off and I didn’t get a chance to reach out to him by the time I wanted to put the record out, so I kept it with just me. I knew when I started the “Drake vs Lil Wayne” tour that I was going to get Wayne on the remix. As far as Luda, I knew I wanted to get someone I ain’t never work with before and someone who wasn’t as expected. I’ve never worked with Luda before. Also, after hearing Wayne’s verse I probably went like a week or two trying to decide who else I wanted to put on it. I wanted to make sure I could get somebody who could deliver, because Wayne had killed the shit. I ain’t never heard a wack Luda verse. I ain’t never heard Luda be wack on nothing.

L+T: How was the experience of touring with Lil Wayne and Drake?
YG: It was cool. It was most definitely a big opportunity. It was a huge stage. They were selling out shows damn near every night. I learned a lot from being on it.

L+T: What inspired you to title your next album The Art of Hustle?
YG: Just like with The Art of War, I feel like there are strategies to being a successful hustler. I’m basically going to give them the rules, strategies and laws on being a successful hustler. I feel like hustling is a talent. I feel like the greatest people are born with it. I feel like if you’re not born with it, but you’re smart and you do what you’re suppose to can pick up on it. Everybody can’t do it. If they could, then everybody would be getting money. That’s not only from a street angle. You got corporate hustlers. You got people going into their corporate companies everyday who have to out-hustle the next person for the position in that company. You know what I’m saying?

L+T: Who have you worked with so far for The Art of Hustle?
YG: So far I’ve worked with a lot of producers from Drumma Boy to Boi-1da to Timbaland. I’ve been working with a lot of young and up-and-coming producers also, because I feel like they are hungry. I like to get in with them. I’ve recorded records with Big Sean, Boosie and some other people. I’ve just been recording so many records.

L+T: How will The Art of Hustle differ from your last album, I Am?
YG: I get way more personal. I tell more of my life story, like what I’ve been through, what I come from, who I learned from, and where I got the game from. I don’t hold back. I’m going to give it all to the fans, so they can understand how I move and why I move how I move. I feel like from album to album I learn how to do something better.

L+T: Could you tell us how you got involved with Privé, the upscale restaurant in your hometown of Memphis?
YG: Again, it’s the art of hustle. I’m just a hustler. It starts from one thing and leads to another. I’ve been into real estate for a minute. First we purchased the property, which was a restaurant before. The restaurant thing is something my mother always wanted. She’s always been cooking, so it’s just an opportunity for my family within what I was already doing. I look at it too as something for the community. We’ve built an upscale restaurant that’s Black-owned in the city of Memphis that’s creating jobs – and trust me, the standards are set high. You can expect the same service and quality that you’d find in any other five star restaurants anywhere.

L+T: What’s next for Yo Gotti?
YG: As Yo Gotti the artist, I’m learning shit everyday, as far as building myself as an artist and learning how to pick the right beats and just growing. My thing now is about putting people in positions. You see Snootie Wild is one of the first artists I signed through my CMG/Epic deal. He’s on his second Top Ten record. He has another big record coming soon. I met him probably six or seven months ago. He was straight out of prison and I told him I liked his music. I said to him that I was going to do what I could do to put him in the position. To me, being able to put other people in positions – that’s power. To build an empire around CMG is my focus and my goal.