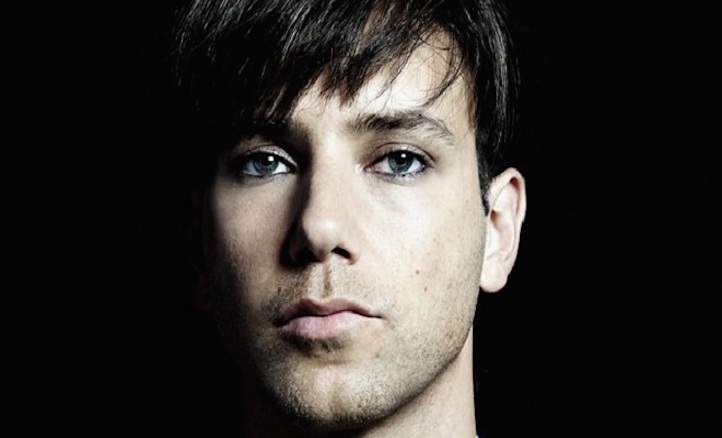 Canadian DJ-producer, Tiga, is a maverick that’s graced the dance music scene for more than a decade. Both his 2006 debut album Sexor and its Ciao! follow-up reflect Tiga’s distinct taste in quality electronic based music whether it’s classic house or disco flavored melodies. “I really try to not repeat myself so much. That’s just a personal decision. That may have to do with my attention span really,” Tiga states. His latest single, “Bugatti” featuring rapper Pusha T, is no exception to Tiga’s unpredictable, yet alluring style of production. In this exclusive Life + Times interview, Tiga dishes about dance music’s progress and the making of “Bugatti.”

Life + Times: Before we get into “Bugatti,” I wanted to take a trip back to 2006 with the Sexor album. That’s when I was first introduced to your music with “Good As Gold” from that album. That’s still my jam.
Tiga: Cool. That’s one of my favorites. To me, it’s one of the best. I’m happy you like it, but I really like that one too. That one was an important record for me because it was the first record I made with 2 Many DJs, producer partners that come from Belgium, and kind of became my closest friends. It was a nice time. You know the first record you make together, you always remember it because it was a lot of excitement then. The cool thing with “Good As Gold” is I love disco records and to me that was a really good disco record – which is not easy to make because usually they sound derivative or boring or whatever. I like that one. Anyway, thank you.

L+T: Overall that album was a step ahead because that was released before the whole dance music explosion in America took off. I don’t know if you remember the Audio Bullys, they just kind of disappeared off the scene.
Tiga: Yeah, I do.

L+T: They played “Good As Gold” during their Coachella set in 2006. So, very ahead that tune.
Tiga: Time flies by. It’s weird. You’re always ahead of someone and behind someone else. But, that is quite a while ago. I was happy with the album. I’m happy you picked that track because that’s one…you know, you don’t love all your tracks the same. There’s some that have a special place.

L+T: I notice a parallel between “Good As Gold” and “Bugatti.” You always have such catchy lyrics amid the actual production. Is this intentional or incidental?
Tiga: No, it’s intentional. Especially on a track like “Bugatti,” it’s a classic formula in a way. I think of inspiration like Kraftwerk. It’s not like a Katy Perry hook. There’s a lot of big, pop hooks which are amazing. They do the job, they’re intentional, it’s planned, and it’s great. This is like the essence of that idea boiled down to something kind of very simple which I think just works better in dance music. It’s the bare minimum pop ingredient in a dance format that still works. Daft Punk was always really good with that too. “Around The World” is a great example. It’s weird because I didn’t start out like that. I used to try to write real songs. I’ve kind of gone through different periods. “Good As Gold” is a little bit more like a real song where it’s a little more traditional. Lately it seems like I’ve found a zone where I like it to be really distilled, that basic catchy, thing. The challenge is making it simple without being completely idiotic. You have to still find a very subtle way of there being something clever. In that sense, it’s almost like poetry. There’s not a lot of words. There’s not a lot happening. Somehow you need some little twists that just makes it your own otherwise you’re just an idiot.

L+T: Well, that’s one way to put it. I know you sent over the acapellas for Eats Everything to remix “Bugatti.” Was this a similar case in how you landed verses from Pusha T? Were you in the studio together? Tell me how that came about.
Tiga: No, we were not in the studio together. It’s happened a few times in the past where people are like, “Yo, let’s get a hip hop guy on top of this record.” [Laughs] That idea gets floated quite often. I was never into the idea really. I don’t know. [Pause] I always thought there was something a bit cheesy about it in general. I always thought that thing where a guy makes a club track, then gets a guy to rap on top of it– it’s always something about it that’s a bit – I don’t know. But in this particular case, how it actually started was there was a guy in the UK, this guy Vic Mensa. He was a blind guest on a radio show in the UK. It was one of those things where they play little snippets of songs and they ask the panel, “What do you think of it?” It’s like an American Idol kind of set up where people bitch about the tracks. So, totally randomly he was a guest and the host played “Bugatti.” This is after two or three tracks in a row where everyone was kind of making fun of the tracks. Then, they play a snippet of “Bugatti” and this guy Vic Mensa was like, “Yo, that’s the bomb! That shit is tight.” He was like totally like into it…on air he was like, “I could rap over that.” It was something about when I heard that whole little exchange, I realized actually yeah, it’s a pretty sick beat. It’s quite minimal. In a weird way, there is a hip hop feel to it – not directly. It made sense to me. Then it was a first time and I was like, ‘Okay, let’s try this.’ The list was very small because there’s only a few guys that I like that I think could do it properly. Pusha T was at the top of the list. We asked him and he said, “Yes.” So, that was it. And I really like what he did. He’s smart. He understood the song. He understood the flow of the track. I’m really happy with it and it seems really natural. I just like him. I haven’t met him, but I’ve always liked his music.

L+T: It was a good fit too because he has a production background in Clipse. So, it makes sense that he would rap over this and know the flow of the track because that’s where he comes from. Smart choice, good choice.
Tiga: Exactly, exactly. The cool thing with collaborations also is everyone has their opinions about what the artists do like, “Oh, that’s wack? Why did he collaborate with him? Oh, why is he going in this direction?” What they often don’t see is when you strip back a few layers most people that are working in music, most people that are creative people – most people are the same. There’s good ones and bad ones. The idea is often the same. A lot of the time when someone’s really good at something – and it doesn’t matter if you’re a guitarist, a rapper, or just make beats – there is a common ground. I know it’s hard to put into words, but it happens all the time. It can be with a video director or graphic designer. On the outside people can seem completely different and can seem like they’re from totally different worlds, but actually in a room together or just collaborating sometimes it’s completely natural because the ideas and the spirit of it is the same.

L+T: I agree with you. At the end of the day, they are all different art forms that can easily connect together.
Tiga: Exactly. I guess what I’m saying is people are much closer often than their styles would make you believe. Me and Pusha sitting on a track is a pretty good example.

L+T: Well, I’m glad you broke that down. I kept trying to figure out how that entire project came together. Final question I ask all DJ-producers is this – do you think a DJ is a musician?
Tiga: [Pause] Yeah, yeah I do. I think it’s like anything else. I think there’s a huge spectrum within what we call a “DJ.” The term has become very, very, very wide – just like dance music or EDM. We use these words, but they cover a mass spectrum now of music. It’s like, you say dance music and it could mean a guy in Berlin just pressing up ghetto 808 tracks. It could also mean Tiësto. Whereas other forms of music we’ve gotten more specific…I don’t think it’s a safe thing for anybody to try and decide who is and isn’t an artist. You gotta trust that most people are working pretty hard at it making a lot of creative decisions. You have to give them the benefit of the doubt.