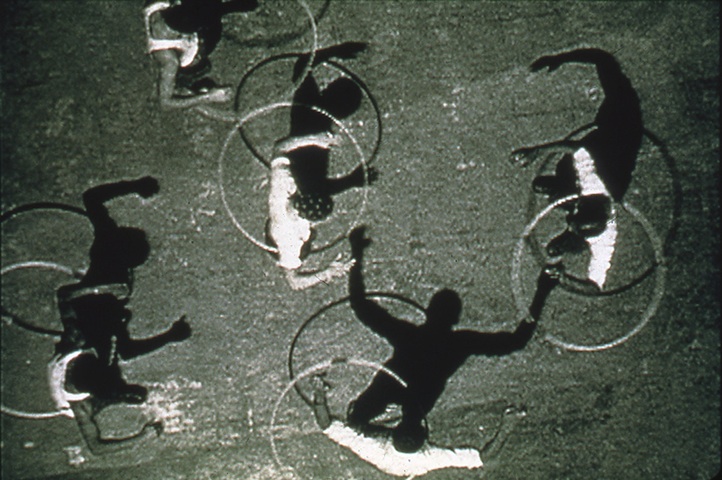 Many of the world’s top artists operate with a keen sense of discreteness and exclusivity. Such is certainly true of visual artist and director Steve McQueen, a London native of Grenadian descent.

For a brief time, patrons in Chicago are in for a treat, as The Art Institute of Chicago is now home to the largest survey of McQueen’s art in the country. Since October 21st, McQueen’s works – there are 15 of them present – have been spread spaciously over 18,000 square feet in the Institute’s Regenstein Hall. The exhibit is curated by James Rondeau, who once called McQueen, “the most important artist of our generation working with the moving image.”

In recent years, his cinematic films, Hunger and Shame, have brought him notoriety, and though they were screened one evening at the Art Institute, it’s his shorter films and moving-image pieces that are the focal point of the exhibit. With such a gigantic space, there is plenty of room for viewers to wander about as they please, creating their own journey through McQueen’s poignantly detailed, thought-provoking works. There is no chronological order to the exhibit, leaving even more room for the audience to blaze their own trail. The space, as imagined by McQueen of course, is highly conducive to each individual visitor trying to make sense of themselves and the world through each dense piece.

Most of the images are out in the open in the dimly lit space, though a few are tucked away in even darker private rooms. In all cases, setting – in the film and the museum – as well as camera angles and lighting are of supreme importance. Upon entry, Static is immediately and unavoidably present. The 2009 work – one of only a handful that have sound – is a filmic portrait of the Statue Of Liberty, playing simultaneously on a double-sided screen. For seven minutes, McQueen’s camera orbits around America’s world-renowned monument nonstop as a helicopter engine blares throughout. 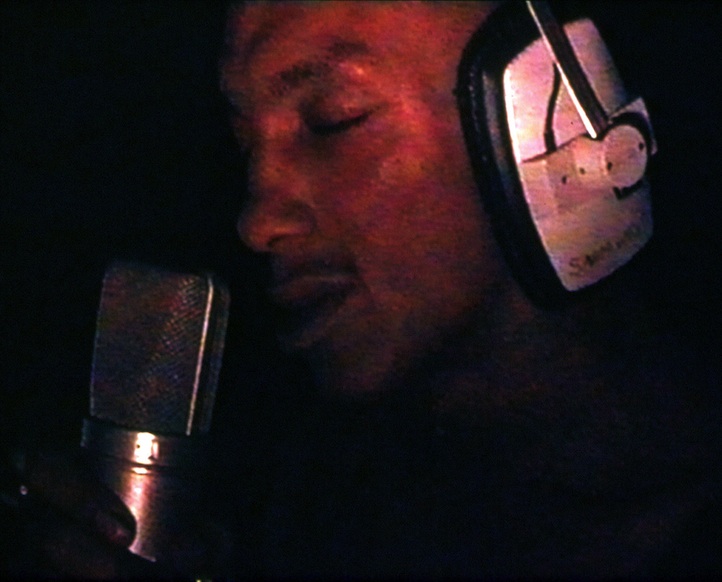 Girls, Tricky, an intense 14-minute video, is one of the pieces hidden the the private rooms. “I wanted to get as close to the artist as possible,” said McQueen, who spent four days recording trip-hop artist Tricky as he recorded “Girls.” “It’s a rare moment that you see an artist close-up, gearing himself up for a vocal performance in such a visual way. In effect, a moment not for camera is caught.”

Especially fascinating is End Credits, a brand new piece making its debut at the Art Institute. End Credits is a radical and sobering look at the legendary African American singer and social activist Paul Robeson,” states the Art Institute. “McQueen has envisioned the main structure of the work as one related to the conclusion of every feature film, the rolling credits. In End Credits, however, the backstory becomes the narrative, raising issues that are both historical and current.”

The looping six-hour video scrolls through 3,000 declassified but redacted pages of FBI documents detailing Robeson’s heavily infiltrated life. Robeson was a singer, actor, writer, athlete, lawyer, and political activist – as well as communist as charged by J. Edgar Hoover and the FBI. End Credits then has a 15-hour soundtrack that runs out of sync with the film, which features a male and female reading through every single page of Robeson’s investigation.

“Steve McQueen” is in Chicago until January 6, 2013. The survey will later travel to Switzerland, where it will be on view from March 1 through July 17.

Credits on the next page.