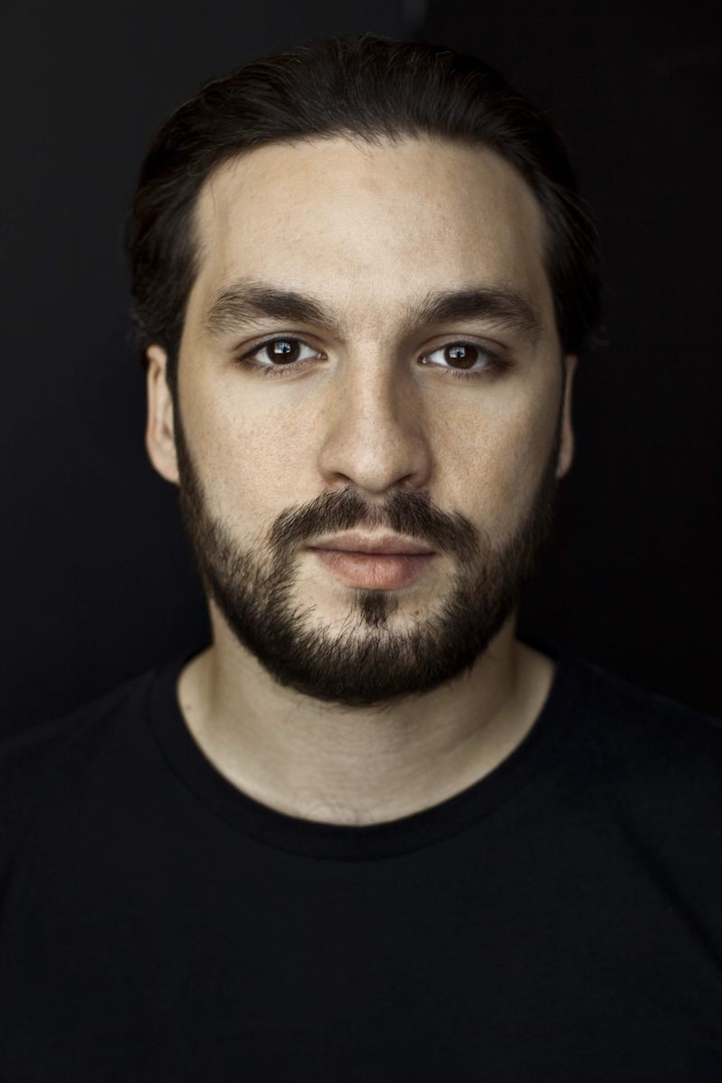 “I think a record label should change all the time. We’re tastemakers. Tastemakers don’t present the same dish over and over again,” says artist Steve Angello. The label head’s forward-thinking philosophy extends well beyond the confines of his Size Records and Size X imprints. Steve serves as the quintessence of a Renaissance man with an agenda that bleeds into music, fashion, and film. He was recently enthroned as the Creative Advisor for EN|NOIR. The Swedish House Mafia documentary that follows the trio on their final tour entitled, Leave The World Behind, will premiere at SXSW next month. In continuing the celebration of the 10th anniversary of Size Records (last spring was the actual anniversary), Steve will host a massive ‘DECADE’ showcase during Miami Music Week on the 27th of March. His debut album drops in May along with a label expansion consisting of new artist signees. “I’m looking into some electronic bands. It’s still dance music, but more indie I would say. I’ve always been a big fan of that,” Steve states. Post-Fashion Week, Life+Times chats with Steve about the creative direction of his forthcoming album and EN|NOIR.

Life + Times: We have so much to talk about! When we spoke last August, you told me you were working on your album. What’s the update? Do you have a set release date yet?
Steve Angello: I’m probably gonna get the masters in the coming week. So, we should be looking at May – May or June.

L+T: Wow. That will be here before you know it. That’s exciting. You really couldn’t tell me anything back then about the album. Are you still lips zipped?
SA: I’m still like that. (Laughs)

L+T: C’mon Steve!
SA: Well, there’s some great collaborators on it. I didn’t go for the obvious big names, the obvious sound, [or] the obvious structure of the album. I jump in the studio and just write music. One day it can be a song that’s really rock inspired and a little faster. The next day it could be a dance record. Then, the next day it could be a minimal dance record with a vocal. It’s just been a really fun process. I’ve had a lot of fun doing it. I’ve wanted to write an album my whole life that is reflective on everything and not just where I’m at [in] the moment at a show. I think that’s really important as an artist because an artist’s album should have substance and should tell a little story – more than just 12 bangers on a CD. So, its’ been a lot of fun. The creative process has been really interesting and really intense, but it’s been a lot of fun.

L+T: In what way has the process been intense?
SA: It’s just been really interesting to see the kind of stuff you throw out of yourself when you get into a creative zone, you know. I had to take time off from all my shows just to kind of reflect on what I’m actually doing. Otherwise, you’re so caught up in what you play now that that kind of changes the way you do the music because in your head you’re in a special zone. I think when you want to be really creative you got to take time off and really digest what’s going on around you because when you’re constantly touring you don’t have that time – at that time it’s where creativity happens. If you cut that time, that means that you won’t be creative and you just go on the same path you’ve been on over, over, and over again. So, it was really important to realize that in the album process that I can go do my shows, but when I came home I open my computer and was in the studio – I completely disconnected from everything around me. The album was something I was cheating on with my shows. So, it was really interesting just to find yourself in that place. It’s been really healthy for me to see that. The last thing I want to do is try to recreate what Swedish House Mafia did. I don’t want to do anything that we ever did with Swedish House Mafia because that would just be lazy or a replay of what just happened. It was just really healthy for me as an artist and a creator to go through these moments.

L+T: Well, I’m really glad you brought that out because the safe route would be ‘Okay, I’m going to stick to sound I did when I was with Swedish House Mafia.’ It’s great you’re taking strides to do something that’s different and more “Steve.”
SA: Yeah, exactly. I think it’s important for all artists because the dance scene is so hot right now and it’s growing so fast. All of these guys – including myself in previous years – are going on automatic. We’re just like, we’ll do a couple of new bootlegs, make sounds, change back, and play songs that fit into our sets right then and right there. There’s no substance to it. It becomes a little fast and that’s an issue for me. I love to go see guys like M83. I like to go see guys like Daft Punk perform or [in] younger days see Kraftwerk or Pink Floyd. There are some amazing guys out there that have always done some really amazing shows. I’m bringing back for myself the experience. I think it’s important as artists to see that. Otherwise, you’re just one other guy. I don’t want to be one of the guys. I don’t want to be one of those 20 guys that they want to book. I want to be that other guy that they have to book.

L+T: Absolutely! Speaking of being “that other guy,” I have to talk to you about your EN|NOIR collaboration. Congratulations with getting the gig as Creative Advisor. That is amazing! How did everything go at Fashion Week?
SA: I’m really happy about that. It was fantastic. We had a great time. The guys are so talented and so nice. They remind me of myself and my friends – super down-to-earth, super inspired. They work really hard. They focus on stuff they like and what they want to do. The show was beautiful. The set design was amazing. I wrote the 30-minute music piece for the show. It was just super creative. It’s kind of nice to get out of your comfort zone sometimes and do something that you’re not used to; and that’s how that collaboration kind of came about. I’ve always been into design and fashion. I got a lot of offers to join other companies and do stuff, but I found these guys are kind of where I’m at. They are young, they’re fresh, they’re excited, and they have a goal. I like to see that. They’re not just this big fashion machine trying to move clothes. It was nice to see and be a part of. I think the future is bright for these guys.

L+T: I can’t say I was shocked that you all are working together because, like you brought out, you’re very in tune with fashion. The way you dress for sets – you always have a really hot pair of kicks on. So I was like, ‘Okay, this makes sense.’
SA: (Laughs) The guys came to me and they wanted to collaborate. We found a great solution. Now I’m part of it. So, I’m really happy about that. Creatively they listen and I listen. I learn from them, they learn from me. I think that’s what collaboration is. I could easily go to one big brand and say, “Hey, I want to do this and be creative a little bit” and they’ll just throw me aside. It’s about creating a movement within our family and we become family members.

L+T: I know your wife, Isabel, has a clothing line. Did she give you any pointers or advice with this?
SA: Yeah, she loves it and she wants to help. We went to the show and she had a blast. She does a lot of limited stuff that she only [creates] for me that I have. She’s super into it. She’s still developing her line as well and doing a lot of collaborations. It’s really fun.

L+T: Yeah, the show looked like it was fun. The collection was entitled Tunnel Vision. Can you tell about some of the inspiration behind the designs?
SA: I think the inspiration was just keeping it simple. Rob (Creator of EN|NOIR) took it very back to basics, but he did it in a very minimal and strong way. He didn’t overdo his production. A lot of people just try to overdo runway pieces just for the sake of it and for the sake of standing out. At the end of the day, less is more. He really brought that minimalism [and] basics trend back that I’ve been missing on a lot of shows. I really liked the way he did that. That kind of inspired me a lot because I was writing the music and that kind of took me back to the basics with the music as well.