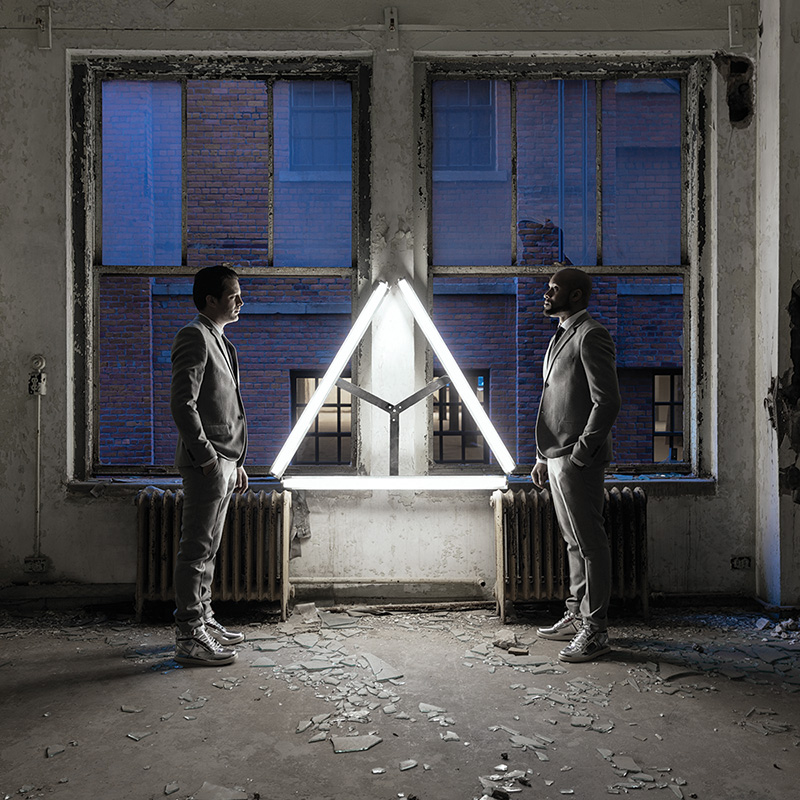 It’s been a busy 365 days for producer 14KT, (who has released three full-length albums in the last 10 months), and crooner Mayer Hawthorne, who is less than a year removed from his latest album, Where Does This Door Go. But the natural chemistry between the two Michigan natives and long-time friends made their new collaborative endeavor a simple and enjoyable one. Combining a mutual love for new wave, hip-hop, ghettotech and J. Dilla, 14KT and Hawthorne teamed up under the moniker Jaded, Incorporated and put together The Big Knock (out June 17), a 13-song fantasy album that sees both artists comfortably steer away from their traditional sounds. Here, 14KT details The Big Knock.

Life+Times: You and Mayer Hawthorne have known each other for a long time. Talk about your relationship with him and the creative process working to put this album together.
14KT: Putting this album together was kind of a process that started maybe about five years ago. It was just us getting together over a love for new wave records. The record that really set it off was this record “John Foxx.” We had a love for that and that’s kind of where it started at. He would listen to that, then we just got inspired; I would start creating and I would send him stuff every now and then. Everything I would send him, he would send back a verse or a song, and we just kept doing that for a couple years until we realized, “Yo, we should just do a whole project.” We had like two songs for a couple years, then we got inspired; once we got inspired, we sat in the studio and just kept knocking songs out. It was pretty easy because we know how each other works, so it was really simple and a lot of fun to do.

L+T: You said new wave was a big inspiration. You all are calling your music “Beat Wave?”
14KT: Yeah, we call what we do “Beat Wave” because it’s three different sounds, three different genres we were inspired by and put together. One of them was new wave; another one was hip-hop, because we both came up listening to hip-hop, so we had that flavor to it; and we both came up listening to ghettotech music which was big in Michigan and Detroit back in the ‘90s. We’re inspired by all three of those and put them together to make something new. 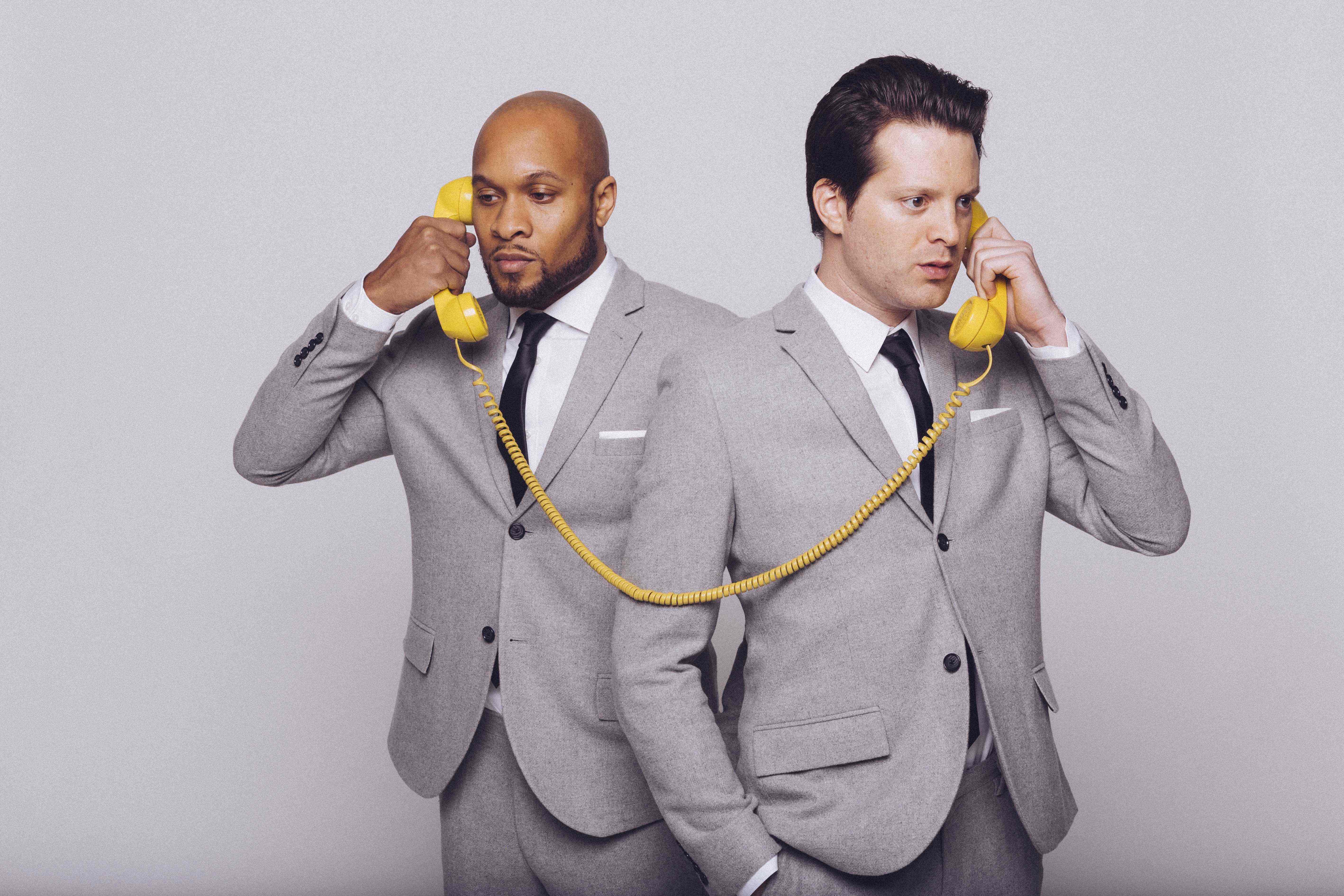 L+T: In what ways does the hip-hop influence come through?
14KT: It’s just normal, it’s a part of what you do. My whole process when I started creating and producing, hip-hop was the foundation. It doesn’t matter if I do soul music or some jazz stuff I do, with this project I still had the same formula I learned from making hip-hop beats. Programming drums, things like that, I did the same thing on this project. You’ll hear it on certain songs, or you’ll hear songs where you can hear people rapping on it. A couple times when we were creating, we would say, “Yo, I would rap on that.” That’s just what we do. When we produce, you always wanna make something that inspires you to rap. Obviously, it’s not a rap album, but it still has that spirit.

L+T: For the most part, you’re doing the producing and he’s doing the vocals, is that right?
14KT: Yeah, for the most part he did all the vocals. Once we started really buckling down, there were a lot of records that we both did together. It’s really a collaborative effort.

L+T: You guys are both from Michigan and the Detroit area. Talk about the Detroit influence, as well as your appreciation for J. Dilla.
14KT: We’ve been fans of Dilla since forever, man. Michigan is known for a lot of famous people, but he was the one dude that was our favorite producer. From the Eastside of Detroit, the sound he created really changed the whole world. And this was before he passed. For him to be from where we grew up and from our state was very inspiring and inspired us to think, “We can do this, too.” His music had a big influence on us, the way he created, the way he took a style and made it his own coming straight from Detroit, Michigan. We had all the tapes and everything. There was actually a joint we were listening to, and when we heard it, it fit well with the things we were doing for this project. We were bugging out at how well it fit, but how old the beat was. We had to get that beat to be a part of the sound, so we were very thankful that we were able to have him on the project in spirit, and it turned out to be great. That’s the “Monster” track.

L+T: Why did you all choose to work under the moniker Jaded, Incorporated?
14KT: Well, Jaded, Incorporated is totally different from a Mayer Hawthorne record or a 14KT record. If you know our previous records, this one doesn’t sound like anything them, so it had to be called something else. The name really represented us figuring out where to go next. For people who are kind of bored with music, this is music for them pretty much. Like, everybody was listening to this or a certain style of music, we like this because it’s totally different from everything we’ve done. It’s like, “Let’s do this just to have fun and to do something different.” That’s how it started. Jaded is just that.

L+T: And how about the album title, The Big Knock?
14KT: The theme of The Big Knock was when we were listening to a lot of the older new wave records, they were really dope, but they didn’t have that extra punch. A lot of the records recorded back then weren’t real bass-heavy or drum-heavy. We wanted to add that element to those type of records. It had more to do with the sound, just adding more fullness, more knock to the joints that we were inspired by.

The Big Knock is available here.