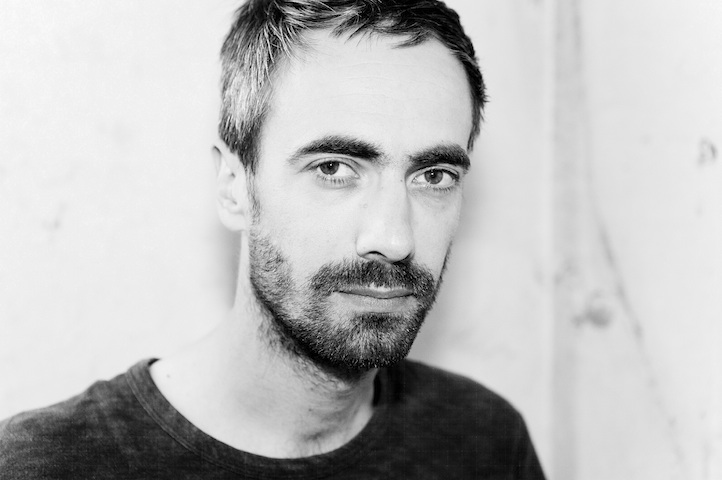 NWA, Daft Punk, [and] Frankie Smith (yes, Mr. “Double Dutch Bus”) all play a significant role in French DJ-producer Para One’s (Jean-Baptiste de Laubier) list of inspirations throughout his career. With so much “wrong” with electronic dance music, there are dance music vets such as Para One that produce quality tunes through effortless versatility. He’s a musical chameleon that’s transitioned from hip hop beats in his TTC days to producing funk and soul glazed dance tracks. Recently, Para One released Club (out now via Big Beat Records) – a reinterpretation of 2012’s Passion. He reshaped Passion – literally and figuratively – to create this entirely new album dedicated to club culture. Club is what’s “right” with dance music conceptually and sonically – balanced amounts of retro synths, ‘90s house music piano loops, funk samples, and creative fluidity. The album feels like that nostalgic rush you get when you reminisce about your first introduction to dance music. Here, Para One discusses Club’s past, present, and future.

Life + Times: First off, I’m really excited about this album. What was the deciding factor for creating a rework of Passion?
Para One: It started when I was about to go on tour after releasing Passion because Passion actually wasn’t really kind of properly received in other countries. It was a good release here in France, but since we did it pretty quick I had to go on tour to build it up from that. I felt like it was the starting point of something rather than the ending…So, I started doing different versions of the tracks and redoing the album over a month and a year just to make it suitable for DJ sets. So, that’s why I came up with all those different versions of the tracks and at some point we realized that it was a completely different album and that maybe it needed to be released as a new album.

L+T: Now, was this something that you already thought you would come up with back in 2012 or was this idea conceptualized later?
PO: No, no – it was later. It just happened. I mean the only other thing I had in mind I thought at the time that maybe I’d do some sort of live album. The thing is, I think now my opinion is that electronic music is better when you do DJ sets. I’m touring as a DJ now and I really like the DJ approach. So, I wanted to call it Club, so it wasn’t a proper live album which reminds me of rock n’ roll. I’m not a band. So, I don’t think a live album would make real sense, you know? It’s an album to show my love of the club scene.

L+T: Yeah, it’s really cool. By the way, I really like the video for “You Too.” It’s such a throwback of the ‘90s. Was that retro idea pitched or was that something you thought of for the music video?
PO: Well, first of all when the directors came up with the idea of doing this kind of corny, but cool from the ‘90s with dance shows – I thought it was a great idea because especially with the style of clothing, and the dancers, and everything it would be a great addition to put this song in that fun and light-hearted way. That song is way more approachable and easier than what I usually do, but I didn’t want it to come out with one single that would be completely different than everything I do. So, I needed a video that would put it into the right context – which is really fun and not a joke, but you know what I mean, right? That ‘90s throwback.

L+T: It’s very nostalgic. I don’t think it was a joke or anything. It’s a nice homage to the ‘90s. Not only with Passion and Club, but just your overall sound, I’ve always appreciated the samples and effects that you’ve added. You sampled Frankie Smith’s “Double Dutch Bus” which is so awesome because soul and funk sometimes get lost in dance music. What are some of your favorite soul records?
PO: Wow. There are so many of them. As I was doing Passion and I’ll use Club because it’s the same sources, I had to dig into everything I was listening to as a teenager when I grew up listening to rap and hip hop – and dedicated to listening to what the producers have sampled is basically how I got interested to soul music, funk, and disco. There were a lot of kids my age and a lot of producers – we were just curious about this legacy. I couldn’t name one. It’s really, really hard. “Double Dutch Bus” is a good example. Generally, all these legacies made so much amazing music I grew up on. I was not ever a “rock” kid anyway because my older sister listened to hip hop when I was a kid. So, I grew up on hip hop and I came to discover electronic and of course soul music.

L+T: You must have read my mind because that was actually one of the questions I had for you. From what I read you were first introduced to hip hop through Public Enemy and NWA. I know you were involved with TTC. So, how did you transition from hip hop to dance music?
PO: Well, the thing is, as a teenager I was already in a rap band. It was pretty shitty. (Laughs) At that time we were obsessed by the American sound…I was just trying to redo that sound and make it my own, but then when I met TTC those guys carried a vision on their own – a vision for the future of our music. They said, “No, stop doing what other people do. Let’s try doing our own stuff.” So, I had to be curious about what was going on.

L+T: Was there a particular artist that served as the gateway to your interest in dance music?
PO: Yes. Well, in France we have the name that everybody knows – Daft Punk. I know that’s a very obvious one, but it’s true. It was all over the radio by the end of the ‘90s and I remember being on a bus and hearing that beat from Daft Punk. I was like, ‘This is hip hop basically.’ Some call it techno, but I think it’s hip hop. And I know for a fact because I know the guys…they were influenced generally by G-funk. So, they were by themselves a gateway. I think also DJ Mehdi who passed away two years ago suddenly. That was a close friend. He also was friends with Daft Punk and he was a deep French house producer. They really broke the boundaries in France…I felt that connection and I felt like I could use it.

L+T: I agree with you actually. Daft Punk’s Homework album is such a hip hop sample and technique heavy album. As of late, there’s so much negative chatter about dance music. So, we will focus on the positive! What do you feel like are the most underrated aspects of electronic dance music?
PO: It’s hard to say from here. I know it’s very different in the US right now. I know people discover electronic music which is in many countries right now. It’s invading the market everywhere. I think it’s a great thing for kids to discover electronic music that way because they’ll have this crazy experience and have very different memories of those moments. It’s a shame in the US that American techno and American house music is not actually recognized. It’s way bigger in Europe somehow. I think it’s coming back and somehow I feel that there’s a bunch of artists especially in Detroit and Chicago now that maybe are building a new underground scene in the US.

L+T: That really goes back to the listeners and audience that don’t really know the history of dance music. Instead of recognizing the birthplaces of techno and house here in the States, they think it started in Europe. I’m hoping that artists like Seth Troxler will continue reintroducing that scene here in the States.
PO: Absolutely. It’s true. I see all those kids now, even very young artists like Jay Daniel and people like that in Detroit – they’re really bringing something new and fresh. People in Europe are really excited about those guys.

L+T: I’m looking forward to what happens next. It’s an exciting time for dance music around the world – it’s all in one’s perspective. I end all of my interviews with producers with this question – Do you think a DJ is a musician?
PO: Ha! Well, I personally, I think and I hope I’m a musician because I am also a producer. I admire people whose work is actually to deejay. For some guys it’s really their dedication – their job basically. I think it’s a form of art. You can call a DJ a musician. It’s something you can be very good at or you can definitely suck at. (Laughs) Being a good DJ takes a lot of technical training, a lot of curiosity, and memory. I mean, I really admire the DJs. I think DJs are pretty much everything in the electronic music scene. People tend to believe that live [band] shows are way more interesting and valuable than DJ sets. Well, I don’t think so. I think great DJ sets in the club can be an incredible experience for everybody. So in that sense, DJs are musicians.