“We live in a time where there are no rules anymore. People can call me pop, they can call me alternative, they can call me rock, they can call me whatever they want. It doesn’t really matter because at the end of the day they are looking for songs that connect them to the artist,” says GRAMMY nominated singer-songwriter-producer Mikky Ekko. His soul-bearing debut album, Time (out now on RCA Records), serves as an added testimony to Mikky’s intrepid approach to songwriting – a swirl of relatable sentiments poignantly sung. The delicacy of Mikky’s voice was largely introduced through the 2013 single, “Stay,” a collaboration with Rihanna. Though cryptic at times, the web of emotions stitched together in Time’s lyrics are candid about every aspect of life – the brooding, the grotesque, and beautiful moments. “I was going through a lot of things emotionally and I was listening to a ton of different stuff. For me the most important part about making this album was finding songs that really represented the purest form of those emotions in me. I will stand by every single song on this album as a song that has a story and connects with an emotion in me,” Mikky adds.

Mikky manifests the type of ambition that motivates an artist to refrain from becoming sedentary in a creative sense. He’s already writing songs for his sophomore album and will head on tour with Broods beginning next month. Mikky states, “There are a lot of singers [and] there are a lot of songwriters who are islands. And they don’t like to stray too far from that island because if you swim too far out you can drown. I just didn’t care. I didn’t care if I drowned. I didn’t care if anybody found me. I was just out to go explore. I’m a pioneer. For me it’s about the journey.” Life + Times speaks to Mikky about the “journey” and the essence of Time.

Life + Times: What I noticed about the album is its storyline. It’s not an album that just talks about love. For example, “Watch Me Rise” is definitely a song about triumph. Then, you obviously have songs about heartbreak. Time touches on a kaleidoscope of emotions. So when you put this together, what helped you to create lyrics and the tone of the album in a way that you weren’t ashamed to show your vulnerability?
Mikky Ekko: “Stay” did that. You know I wrote “Stay” and at first I hated it. I came back to it about a month later and one of my buddies told me how much it meant to them. I’ll let a couple of my friends listen to songs when I write them. As soon as I realized what “Stay” meant to so many people, I realized that I had an obligation as a writer, as an artist to expose the parts of me that I think nobody should hear. You know, there are some things you want to keep to yourself selfishly. If the people who are connecting with this are just kind of connecting with singles or some version of how cool I wish I was or how cool I want to be, then I can’t really give people what I’ve been given. And I’ve been given a crazy opportunity to connect with people on a real level and give them an opportunity to trust me and ask for more than that. 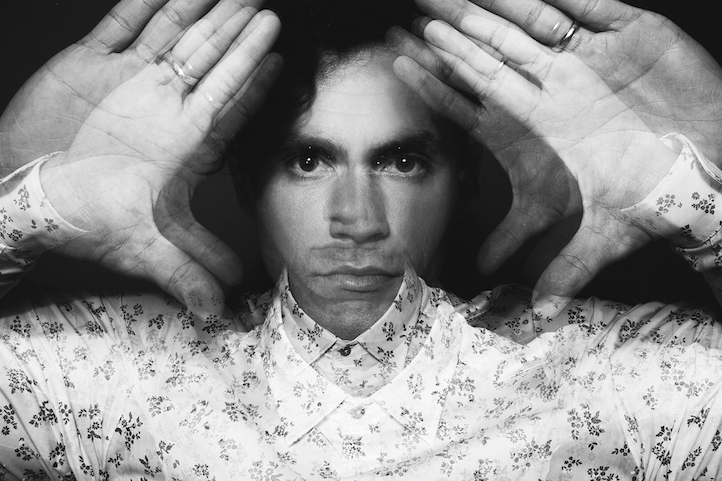 L+T: It’s so important – and you brought this point out as well – to have that connection with your fans because one thing you definitely can’t underestimate is the listener’s ability to spot real or fake. It’s great that you’re so candid. You’re a real artist, real person, and people can relate to that. That’s so important as an artist.
ME: There are like three or four songs on this album that almost didn’t make it because as soon as we finished the song, I would go back and my manager would say “How’d it go today?” and I’d be like ‘I don’t know. They thought it was great, but I hated that shit.’ (Laughs) That’s how my manager knew we had a good song. (Laughs)

L+T: So, if Mikky hates it that means we have a good song on our hands. Got it. (Laughs)
ME: It was funny because there are times when you need to hate it and there are times when you need to love it; but the important thing is that you show up and get yourself past that pain threshold. If I can’t go beyond my pain threshold, why would I expect anyone to go there with me for a long time? Otherwise I might as well be serving up candy, you know.

L+T: Another thing I appreciate too about this album are the similes, symbolism, and metaphors you use in your songs. One in particular, “Comatose,” you compare an open door in an empty room to the unfinished business of a relationship.
ME: (Screams)

L+T: Wait, does that mean you like that song a lot too?
ME: I love every song on this album. It’s cool because that one has some analogies in it that don’t really get used on other songs. That was an intense tune to write because I wrote that with the same guy (Justin Parker) who wrote “Stay” with me. I knew we still had something important to say, but it was kind of in the aftermath. I was trying to deal with feelings, he was going through a lot of stuff and his relationship. It’s another one of those songs we finished it and [I] was like, ‘I don’t know if I can put this out. I don’t feel like it’s finished.’ The funniest part about that is I felt like that’s how a lot of people feel – not that the song’s not finished, but that it’s hard to put into words. It feels like having unfinished business with somebody. That was something I never talked about before. What I realize in hindsight is every time I write a song, I try to write something that’s important to me that day. When you return to that, it’s like putting something in a journal or a book. It’s a certain chapter in your life that when you come back. A song means more to me every time I listen to it. That’s heavy.

L+T: It is. When it comes to lyrics, some artists are like, ‘I’m so sick of this song’ or ‘I’ve learned what I needed to learn through that particular song.’ To hear you say it touches you differently every time you hear it speaks volumes.
ME: For me, that’s what I was trying to do for every single song that’s on this album. I tried to find a new way to express myself. [Long pause] Because I know I’m constantly playing the devil’s advocate in my head and I think that’s a lot of what you hear on the album. I had to make sure I got that on the album for people that struggle with the same thing.

L+T: The other song I appreciated was “U.”
ME: Ahhh, I knew you were gonna say that one! (Laughs)

L+T: (Laughs) And the reason why I like “U” is because it’s an inverse love song. You start out with singing, “It was not love at first sight.” Most love ballads proclaim that it was love at first sight. Not you! Tell me about that song.
ME: That’s the punk in me coming out. The one thing that’s important to me as an artist is my perspective. Like any artist is great. People know what they’re gonna get when they go to listen to that artist. I was like, ‘You know what? Anybody can write a love song.’ It’s the only song on the album – I think – not the only song, but for me that song had to go on the album. “U” was technically the last song to go on the album. It made it because I realized it’s just so easy. I never wrote down a single lyric to that song and I think you can hear it. I wrote the chorus with Blood Diamonds and I went into the booth to sing it. I cut the lead vocal. I didn’t have the second verse. I didn’t have half the song written. I said, ‘I’m not coming out of here until it’s done. And the only thing that’s gonna make it onto this track is whatever I can remember.’ And that was how we finished that track.

L+T: Wow. Every track has a story behind it.
ME: I wish I had a documentary for this album.