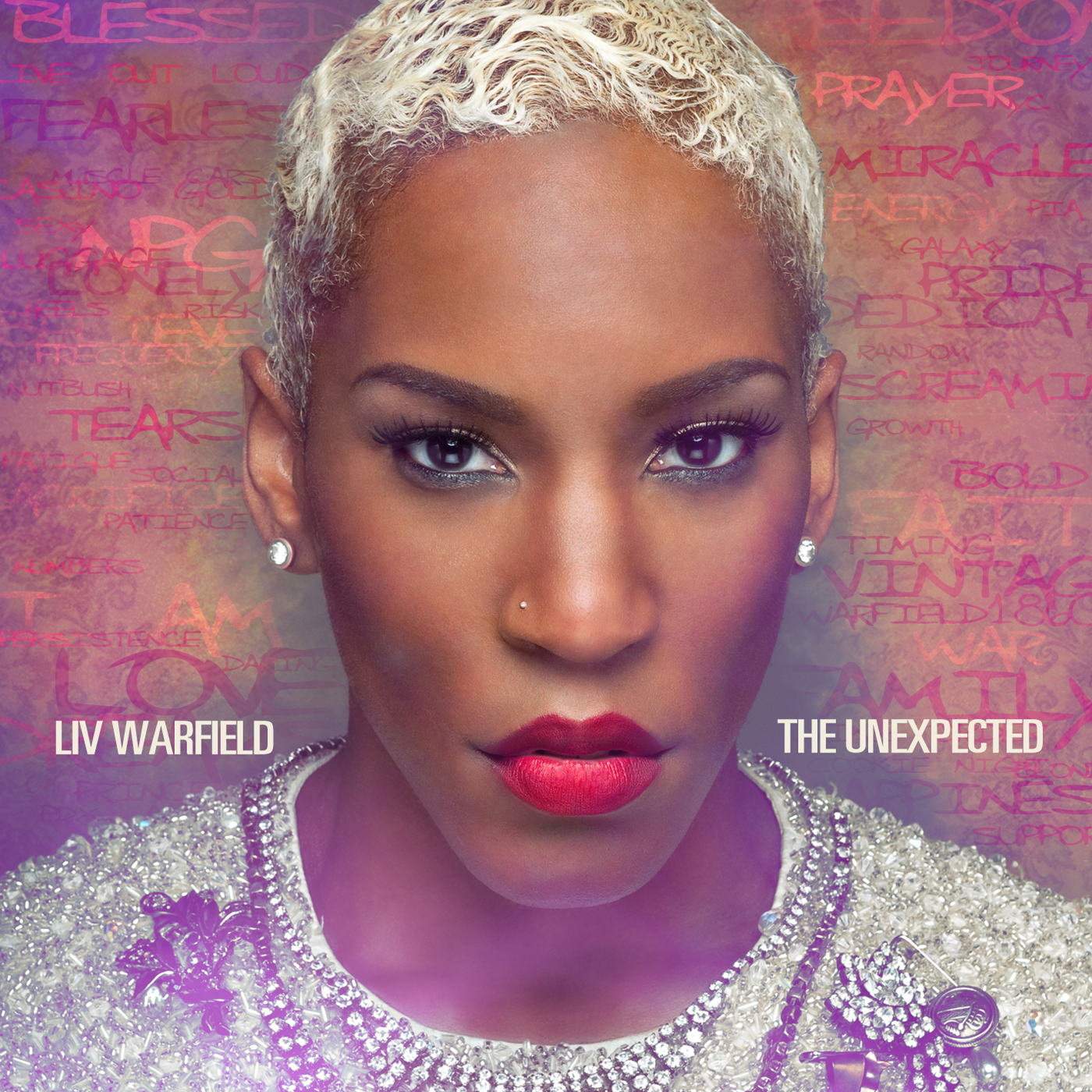 “They may try to break my wings, I ain’t no slave I ain’t no queen/They only love me when I sing/I’m just a rebel,” Liv Warfield declares on “Black Bird.” It’s one of many hard-hitting records on her upcoming sophomore album, The Unexpected (February 18), where flying, freedom and fearlessness are consistent motifs. Unexpected is not a debut, but in some ways it feels like one. Since her first album seven years ago, Warfield has met and worked closely with Prince – an executive producer on The Unexpected – and his world-class New Power Generation band. Their influence is abound, and brings out the best in Warfield, a massive talent in her own right.

Describing her music as “alternative R&B soul with a little bit of rock and roll,” the album is upbeat and driven by sharp horns, thriving guitars and Warfield’s dominating voice. It never drags. “I’m letting myself go, no boundaries,” Warfield says. “I’m in full flight right now.”

Here, Life+Times chats with Warfield about The Unexpected and her burgeoning freedom.

Life+Times: What is this project is for you?
Liv Warfield: The Unexpected is definitely a journey that kind of summarizes one part of my whole life. I never really started out as a singer; I had a different path. I was a professional gymnast. I kept singing and writing away from my family for a long time and  I finally feel like I made a record that I’m really proud of and it’s very unexpected. This whole journey for me, especially writing this record, has been very unexpected. God has totally been opening doors for me and it’s been by surprise. I could not do anything but call it that.

L+T: Comparing The Unexpected to your first album that came out seven years ago, this seems very much more in-your-face and fierce. Would you agree with that?
LW: My first album was exciting but it was me getting into the fact of who I was. Embrace Me was the title, so I just wanted people to embrace what I had. Now, I’ve learned so much working with my mentor; my writing has developed more. I’ve had some of these songs for probably seven years, and they were good back then, but now I think I have a little bit more angst. I’m a little bit more fearless in the music, I know how I want to deliver the songs, whereas before I was really timid in my music. I was so worried about singing it pretty or trying not to make mistakes and I wasn’t really thinking about that right now. I just wanted to sing with conviction so people can feel that. I wanted to make a record that people can feel and relate to, I wanted to resemble something like when we really listened to an Isaac Hayes record, when it was musical. That’s what was important to me.

L+T: Prince is an executive producer and co-wrote a couple of the songs, as well. How is your relationship with him? Has working with him brought out some of that fearlessness you were mentioning?
LW: Oh, lord yes! I think he helped me discover who I am as an artist. Singing with him and New Power Generation, I learned that performing with them for over four years. You’d be a fool not to learn from him, and [not] sit back and watch and study how he is in the studio. He is a huge inspiration for this. I can’t thank him more. He was just like, “Liv, go ahead and do you, and I’ll sit back and listen. I’ll make suggestions here and there.” That was the most beautiful part about it. I felt really good that he respected my writing. He lent his pen on “The Unexpected” and another song called “Your Show,” as well. He’s been inspirational, I can’t even tell you how much it trips me out. It’s a blessing.

L+T: What was the process of him finding you and what went through your mind? He found you on YouTube?
LW: It was crazy because I was going through a really big shift in my life, like, “I don’t even know if I can do this anymore.” Then somebody reached out to me and said, “He’s looking at your YouTube clip.” I was like, “Yeah, right, and kind of forgot about it.” When I got the call – there again, an unexpected situation for me because – I never would have thought because he knew I was very new. He took a chance. That whole experience was life-transforming for me. Like I said, I’ve been with him for four years. It’s hard to explain because it’s Prince [laughs]. He’s an icon. The very first time I met him he was just warm and open and always was about the music. He still is. He lives, breathes, eats it. He is that.

L+T: The [New Power Generation] horns are really popping on the record.
LW: Crazy! Yes, the horn section is amazing. I have to thank Phil Lassiter and Roy Agee for arranging the horns on the record. They’re also part of NPG horns, too. All those guys, individually, are monsters and their energy, period. The blessing about making this record is everybody is like family. The energy was so good – not that it went fast – it felt like it went fast. Phil listened to my music and he instantly got it. I wanted to make sure that every song was a story, and he wrote and arranged that. It’s powerful. The songs were great how they were, now with those horns on it, it’s beautiful. So beautiful.

L+T: The two singles are “Why Do You Lie?” and “Catch Me If You Can.” Can you explain those?
LW: So, “Why You Lie” – I’m very inspired by Tina Turner. I have a lot of the rock edge, which I’m trying to present a little bit in the record and will be floating more towards when I do other albums. I was very inspired by that. Obviously relationships, I’m sure everybody has situations like, “Why are you lying?” but I just wanted to make it raw, filthy with the horns, but also something everybody can bob their heads to, you know? “Catch Me If You Can,” I was at the house at my kitchen table – usually I come up with my songs is I’m always beating on the table or something – I came up with the hook, it kind of reminded me of – I’m inspired by Cleopatra Jones and I’m kind of a muscle car buff – the car scene in Casino Of Gold. I’m really inspired by that whole movie, so I wanted it to sound like the Black 007, how I feel it would be.

L+T: You’ve called your sound “alternative R&B soul with a little bit of rock and roll.” How have you molded that sound and created your own lane?
LW: I don’t know. I really tried to make sure I wrote stuff that was appealing to me. Not necessarily trying to figure out what my own style was, I just wanted to make sure it had Liv on it. That is me, that sound is me. I am a little bit alternative, I can do a lot of rock and roll, I’m also inspired by Sade. There’s a lot of things on the record that inspired me that I really wanted to make sure I put forth, but making sure it was me. One thing I say is, “I want to try to preserve the music of the past, and if I can inspire young people after me, that’s what’s important.” I’m inspired by Betty Davis, Sade, Tina Turner, Prince, Isaac Hayes, Al Green. All these things are a melting pot within this record that you probably can hear nuances of, but I also want to bring me to it. Hopefully my writing shows that. I think that’s why I call it The Unexpected, too, because you don’t know what you’re going to get from me. I like it that way. I don’t want people to necessarily put me in a box, I just want people to enjoy the music. I really do and I want to get that message across, so we don’t lose the musical aspect of it. It’s human hands touching these instruments, and why people can feel it is because it’s human action. I want to make sure that I’m trying to preserve it as much as I can because that is me, I’m living through that.