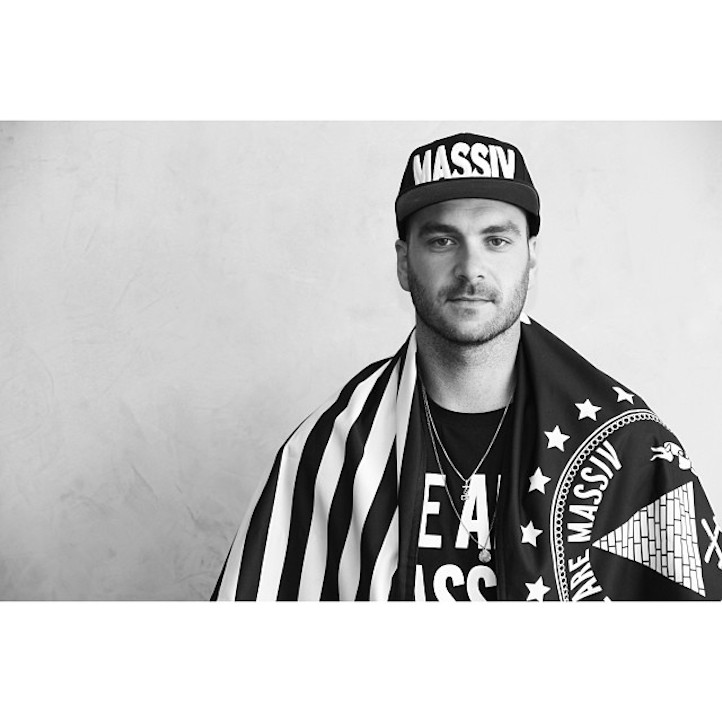 Music and fashion’s synergetic bond is strong and omnipresent. Michael Jackson’s striking red leather jacket worn in the “Thriller” video and Samantha Ronson’s live musical support during her sister Charlotte Ronson’s Fashion Week showcase are just two examples that illustrate fashion’s inherent link to music. Nathan Amar, the founder and creator of We Are Massiv, has woven style, music, and community into his label. “Music has always been my strongest influence,” Nathan says. The LA-based brand has its roots in music and its mission is to bring people together. “A lot of the meaningful phrases and messages that resonate with me come directly from some of the most iconic songs and I think that’s why so many music artists and their fans relate to the brand,” he adds. Tees and hats are worn by influential artists such as Skrillex, Krewella, and Rihanna just to name a few. Further validating Nathan’s mission to bring people together via label, John Dadzie (12th Planet) states that he supports Massiv “because the brand represents solidarity amongst friends with a common goal.”

The birth of Massiv took place in 2011 in downtown LA. After Massiv’s initial inception, Gary McCann (Caspa) and Daniel Linton (Daniel LeDisko of LA Riots) came aboard as co-owners. “Coming from a background of heavy graphic design apparel, I wanted to do something simple but powerful,” Nathan interjects. The Massiv bold font and simplicity in design sets the brand apart from other textile labels that cater to statement tees and accessories. “My first two shirts were inspired by Steel Pulse and Bob Marley. ‘Babylon is Falling’ came from ‘Handsworth Revolution,’ which is one of my favorite songs, and ‘No Mental Slavery’ came from Bob Marley. After those two shirts, I started branding We Are Massiv as a name.” Additional inspiration for the brand’s name came by way of the Occupy Movement and the 99% – thus the community aspect of the We Are Massiv was born.

With music as the foundation for Massiv, it was only a matter of time before Nathan and his team would curate and host a tour featuring some of the artists that speak to the brand. Next week kicks off the first-ever We Are Massiv mini SoCal tour with 12th Planet, AC Slater, Clicks & Whistles, DJ Craze and some surprise special guests. Petey Clicks of Clicks & Whistles says, “I wear Massiv because there is nothing in the world I love more than supporting my dogs.” Here, Clicks & Whistles premiere their exclusive We Are Massiv mix ahead of the tour.

The impending mini tour is merely a look into  Massiv’s future expansion. “I think we’ve been put into this EDM kind of box, but I feel like it’s way deeper that. I want to do more events. I eventually see a We Are Massiv music festival. That’s my aim – from Sean Paul to Damian Marley, Skrillex and 12th Planet,” Nathan says. 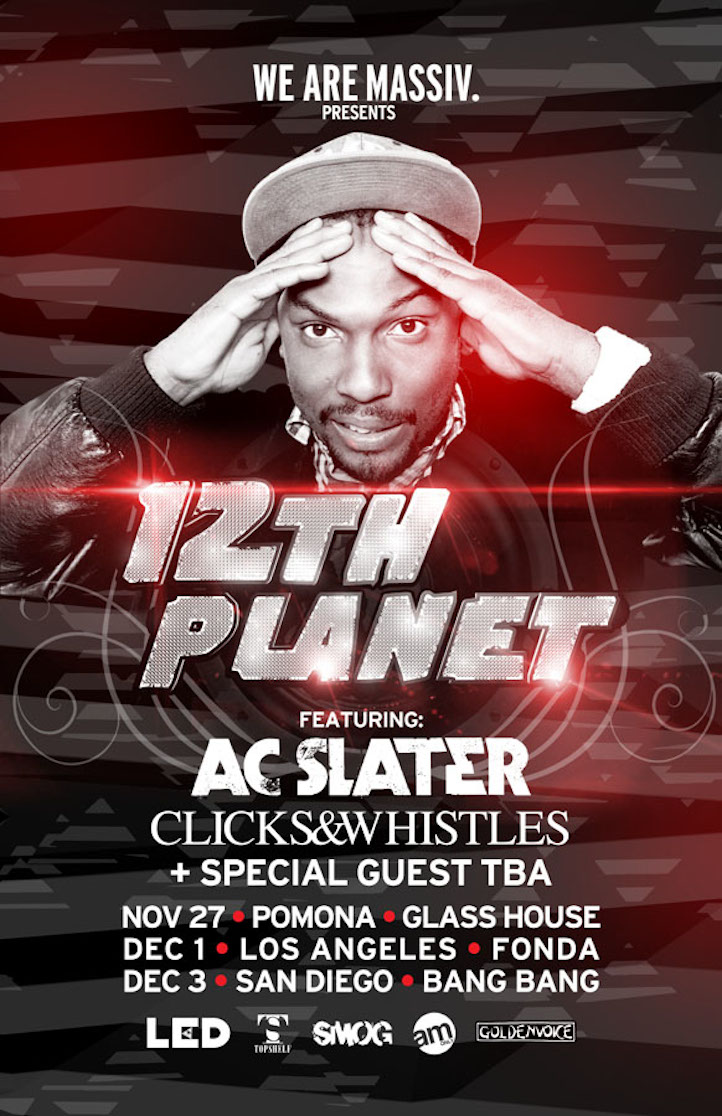