A quick read through Harvey Mason’s bio doubles as a brief history in jazz fusion and smooth jazz, as the Atlantic City-born drummer has laid down the beat for numerous pieces in the genre’s canon, including Herbie Hancock’s Head Hunters and Man-Child, George Benson’s Breezin‘, and Grover Washington, Jr.’s Mister Magic. Moreover, dozens of hip-hop tracks – by T.I., 2Pac, Notorious B.I.G. – and others have sampled his work.

Four decades and several Grammy-nominations deep, Mason still tours and records to this day, constantly adapting and evolving. Hence the name of his latest solo album: Chameleon. Re-recording seven classics that he played on originally, Mason teamed up with a handful of today’s top young artists – trumpeter Christian Scott, bassist Ben Williams, pianists/keyboardists Kris Bowers and Mark de Clive-Lowe, guitarist Matthew Stevens, trombonist Corey King, saxophonist Kamasi Washington and vocalist Chris Tuner – to give the records a fresh, youthful vibe. He also brought in some of his own peers, including Paul Jackson, Bill Summers and Jimmy Haslip for the endeavor. The result is a smooth, zealous project, with great remakes of jazz classics. Life+Times spoke with Mason about Chameleon and how the young artists of today remind him of himself.

Life+Times: The album is titled Chameleon, part of which is due to the Herbie Hancock record of the same name. But from another perspective, a chameleon is a constantly adapting creature which seems to describe the kind of artist you are.
Harvey Mason: You actually explained it perfectly. Chameleon does emanate from the tune that I wrote with Herbie for the Head Hunters record, but it also relates directly to me as something morphs and is always changing. The fact that I’ve always been so varied in what I’ve done musically, I could be over here with a pop record, then be with a jazz record, the with movie score, etc. That’s been my entire career and that’s what the music is about, I’m always looking to continue to morph and listen to all the music that’s happening. This album grew out of – every time I’m in Japan, I try to take something fresh, exciting and interesting. While I made that amazing record with Herbie, I never toured with him. I never really toured with anyone, that’s how I amassed such an amazing career because I stayed home and recorded. Because of that, people didn’t get to see me the music that I was such a part of. So, I went to Japan about two years ago with a band I called “Chameleon,” people came out in droves. We played all the music from the Head Hunters era – I had Patrice Rushen, Jimmy Haslip and Bill Summers – and the response was so overwhelming that everyone was saying, “You should re-record, you should re-record.” I thought about it, but I didn’t want to re-record that music because it was so strong and I didn’t know where I would take it; I wanted to start at that era and move forward with it. So I took the vision to [Concord Music A&R] Chris Dunn; we continued to talk for a year-and-a-half, and it morphed into doing a lot of the songs that I had played on previously, but bringing in all these young giants that he has a connection with and has produced. He sent me CDs of the guys playing and we chose the cast; a lot of them did the arrangements so that the music didn’t sound as it did back in the day when we first recorded it. We chose seven songs that I had done before plus a few others, and we got in to studio and did everything the way we did it in the old days. I hadn’t even met half the guys. We just met at the date, talked it out, and we just made magic happen and this is what came out of it. It’s a step back in some ways – grabbing those tunes – but they sound very different. The young players were very respectful of that time, but at the same time, they have their own thing. 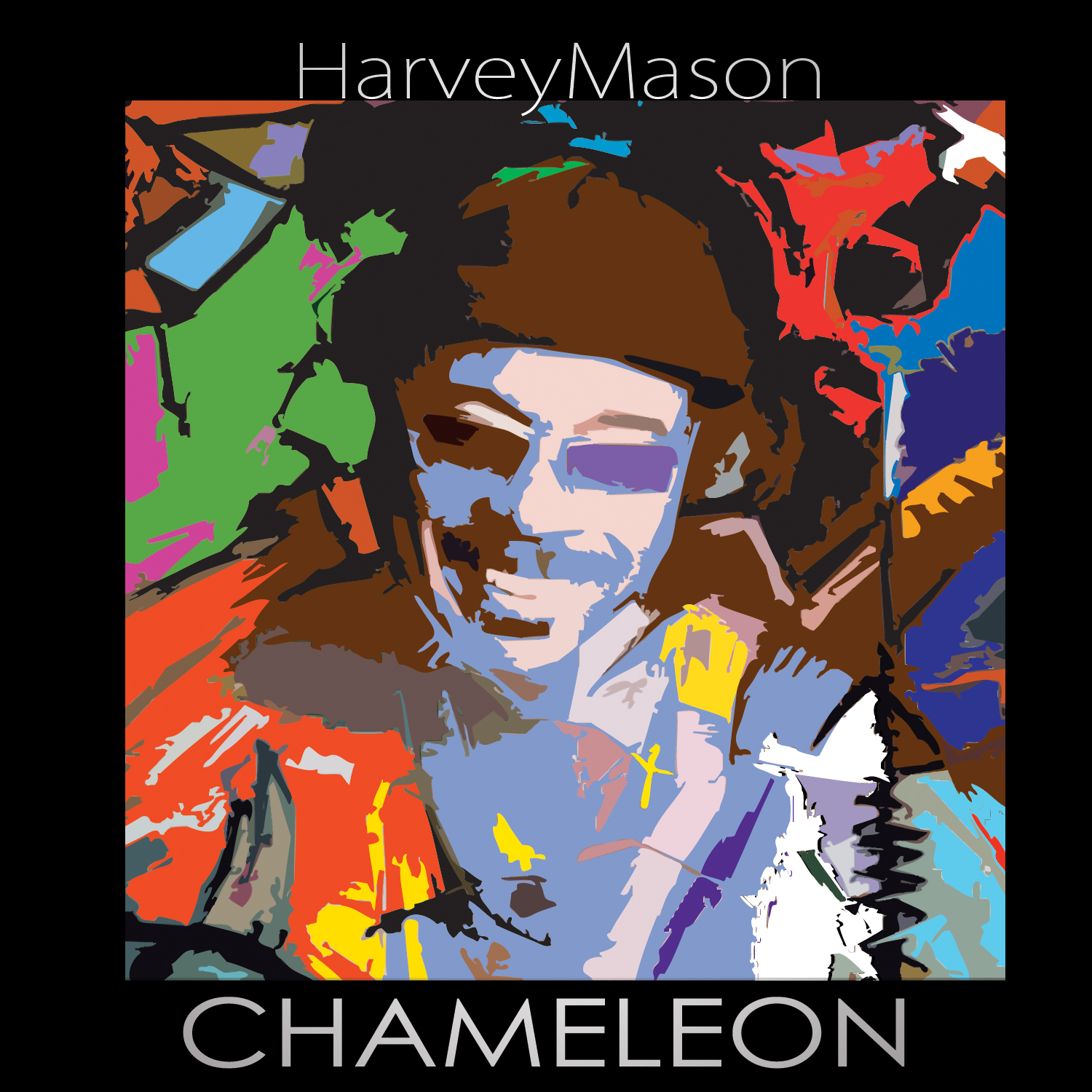 L+T: Compare the energy and the vibe recording the original records to the experience you had remaking them with these young cats.
HM: Well, originally, you’d never heard the songs before and you were discovering it for the very first time with incredible musicians, so there was special magic there. You were just creating for the very first time. Then when you come to today, the challenge for me was not to play or be influenced by what I played before. That was made easier because of all the young guys who had heard the music, but had their own take on it. The magic was the same because I was around a whole different crew of guys and I was led into playing music differently than I was originally. So, the final statement was the same but the outcome different. It was just magical to play with them and magical to create the original; you can see the difference but the magic and vibe of making good music with incredible musicians was the same.

L+T: When you see these young guys and hear the music they’re making, then get a chance to be in the studio with them and see how they work, do they approach music differently?
HM: When I think about their approach, these guys are so very, very good and their technique is excellent. Their musical taste is so varied and they’re exploring and trying to find it – the same way everyone else approached the music. They’re so good, they don’t have to think about how to play their instrument, they’re thinking about how to make music: “What music am I gonna make here? What am I gonna do here?” They’re exploring and they’re great enough on the instruments that they can create and go any way. The approach is the same. You know you’re playing with incredible musicians, so playing the instrument is not the issue. The issue is, “What am I gonna do, how am I gonna make music, how am I gonna react?” They’re making choices the same way other musicians did. These guys are incredible musicians and they’re at the same place I feel that I was back in that day. They’re influenced by what’s going on today and what’s gone on in the past, so their vocabulary is really, really, really wide. I was very impressed with these guys and I hope to play with them even more. I listened to a lot of their records, and their records have a lot of the old-school influence but are moving towards some of the new techniques today of recording. I listen to all that stuff because, as I said, I hope to live the life of a chameleon, to continue to grow and morph into different things and I keep that excitement going forward.

L+T: As you talk about them trying to experiment and “find” things, that really seems like what as going on when you all were pioneering the jazz fusion era in the ‘70s?
HM: It is the same thing. We were probing, experimenting, moving forward. I love jazz, but I was also influenced by a lot of other music of the day like R&B, pop, and of course, all of that went into fusion. These young guys are doing the same thing. Their music is infused with hip-hop, R&B, old stuff, it’s all together. You’re absolutely correct in your analysis of where they’re going and how it relates to the way we were probing.

L+T: A number of these albums you’ve played on have become landmarks:Head Hunters, Breezin’, Mister Magic, Blackbird, among others. Looking back, what was it that made them what they were?
HM: The fact that we just went in and played. There wasn’t much direction or talk, just finding all the ingredients, put them in a room, turn the machine on and play. That’s it, and everyone just used their instincts and love of music. There weren’t any egos involved. I can say that’s true of almost all the CDs I’ve played on that have been successful. No egos. We were just trying to make the great music, there was very little direction on what to play or how to play. It’s just a matter, like Quincy [Jones] says, of casting. He casts people on records, I picked that up from him. You cast the right people and let them do what they do.

L+T: Who were some of the people in particular that were influencing you?
HM: Well, James Brown, of course, and a lot of the Motown drummers like Richard “Pistol” Allen. I listened to regular R&B, a lot of jazz, Elvin Jones, Roy Haynes, of course Miles Davis. A wide variety, I loved all kinds of music. For me, I loved music more than I loved drums, and that’s how I approached playing music. I used my drums as a vehicle to make music. Now that I’m playing live more, I get to feel the appreciation and love and affect that’s had on people.

L+T: On Chameleon, what was a record that one of the guys arranged that shocked you how they manipulated it?
HM: “Chameleon.” Ben Wendel from the band Kneebody arranged it and it came back very different. What you hear are the schematics of what he created. I added Bill Summers on the intro and outro with the hindewhu – which was huge on “Watermelon Man,” as well – to tie it all together. That was a unique arrangement. “Either Way” was a really cool arrangement, that song has been sampled a number of people including Biggie. And then Corey King arranged “If I Ever Lose This Heaven” in a very unique way with Chris Turner singing. All the songs they did came back very fun and fresh.

L+T: How does it feel to hear songs that you made 30 years ago get sampled in hip-hop records now?
HM: Man, it is so cool to still feel relevant. Then you also appreciate the fact that these people have tapped into your music, gone back and researched and chose your music to collaborate with. You just feel grateful, relevant, happy and validated. Those records are gone and you hope they stand the test of time, but then they pop up 30 or 40 years later and you say, “Wow. That’s very, very cool.” It validates the fact that you made a record with love and tried to make the best possible record you could make, and to hear it come back around is a great feeling. That’s a very special feeling, I appreciate that. And then, to get paid is a whole other deal, too. The funny part is I never set out making music to get paid. That was the last thing I thought about. Passion or love for something is more important than getting paid, the money comes afterwards. If you make it with all your heart and soul, and really believe in it, then generally, your reward is going to come. So, that validates that theory as well.