Zack Johnson and Chad Bechard of Lazerdisk Party Sex seamlessly combine their strengths and ardor to create music fused with rhythmic sounds and plenty of bass. Both Zack and Chad are adept in old-school turntablism and modern DJ technologic tools – the perfect pairing for a versatile DJ-producer. The duo’s creativity is far more extensive than their ability to produce and perform energetic live sets. On the last Wednesday of every month, LPS profiles different Los Angeles record stores for A-Trak’s travel blog, Infinite Legroom. Capturing the essence of each individual shop, the two then include a 15 minute mix inspired by the records carried in each store. Their debut EP, Lazerdisk, will be released later this year. In this exclusive interview, we reveal the background and inner workings that define LPS.

Life+Times: Growing up, was music always an integral part of your life? Did you always know you wanted to be involved in music?
Zack Johnson: I always listen to percussion in a track first. I think that stems from my background of playing drums in middle [and] high school. I always had an appreciation for turntablism and loved scratching records like I was part of the rhythm section in a band.
Chad Bechard: I found out that I wanted to be a DJ and be involved in music after seeing a Jurassic 5 show when I was 12. I’ve been hooked ever since.

L+T: What was the deciding factor that made you both realize you have great artistic chemistry?
ZJ: We shared similar interest in older hip hop, digging in the crates, and talking about our favorite battle DJs. Plus, we both learned on [DJing industry standard] Technics 1200s rather than CDJs and MIDI controllers. We clicked immediately, especially when we started DJing out together.

L+T: Last summer’s anthem definitely had to be “Set If Off “– the joint track you guys did with Diplo. In early July, you collaborated with CRNKN. I hear there’s some more tracks in the works with both of those artists. What are the plans?
CB: We have a few things coming out soon on Mad Decent. We’re always up to something. You’ll just have to wait and see.

L+T: The new single “Crashing” is featuring The Knocks. Why did you choose them for this track particularly?
ZJ: We’ve been fans of The Knocks for a while now. We got approached by their management team to remix a track for them called “The Feeling.” We’ve talked about working on a collab together for some time and the concept and vibe for the song started before the EP was in full effect. We just got the vocals from them and they’re otherworldly. We’re super excited for this one.

L+T: Tell me about the Tape mix series you guys started.
CB: The Tape mix series is a monthly thing that we have going on with Infinite Legroom. We’re going to a different record store in LA County every month and using the records that we buy at each store to make a mix. We’ve both spent plenty of time in record stores so this is sort of us going back to what we love to do. 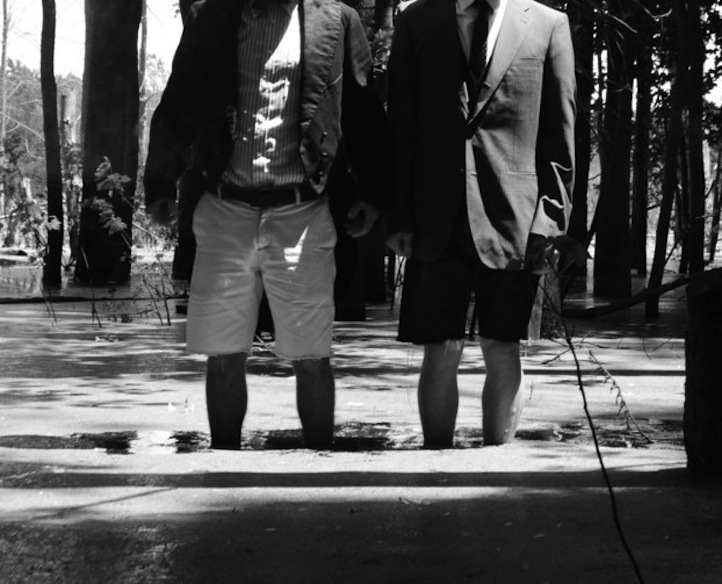 L+T: By watching other artist’s successes and mistakes – what are you both determined to avoid as you continue to grow as DJ-producers?
CB: Something that we really admire is when a bigger artist is willing to expose his or her fan base to new kinds of music and musicians. It’s really great to see an artist who has respect for his or her fan base and guides them through new realms of music instead of pandering to what’s safe. We really dig that.

L+T: Live performance versus a set – Is there a difference?
ZJ: For us, there’s a major difference. Mainly the equipment that we use for a live show is set up differently and it’s designed to allow for more improvisational elements by using different musical tools. In the live set, a turntable will be used for scratching and sampling while in a DJ set they will be used more for mixing tracks together.
CB: What we’re excited about the most is creating a different experience at each show we play. The core of the set remains the same but the goal is to have moments on stage that we want people to remember at our shows.

L+T: Now, for the inquiry that never goes unanswered: Is a DJ a musician?
CB: A DJ that can use their tools – turntables, CDJs, controllers – as a musical instrument, applying key structure, tempo, and musical composition elements to their sets…I would consider them to be a musician.