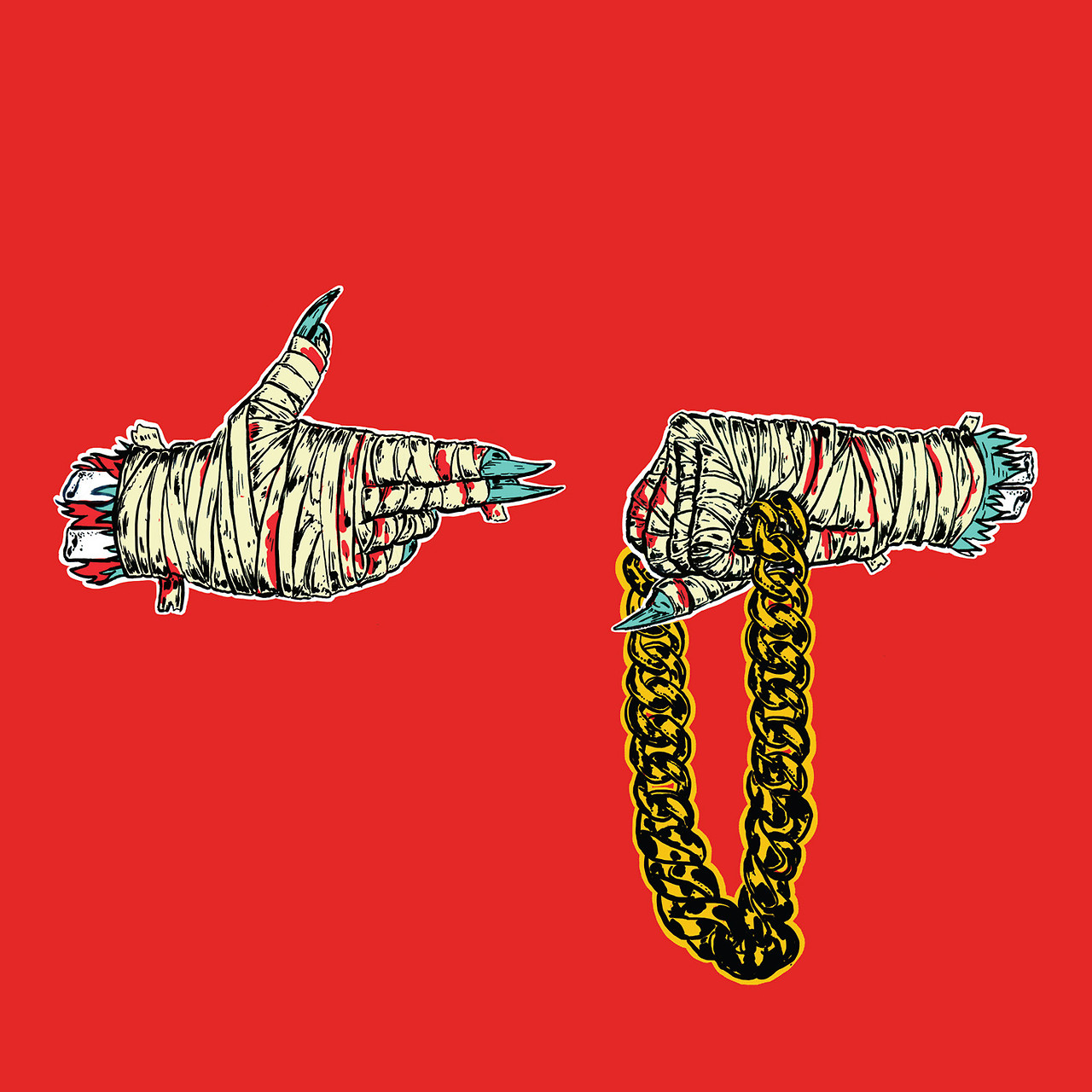 One of the toughest, most critically acclaimed rap records last year appeared suddenly with little to no promotion. When it dropped, Run The Jewels – Killer Mike and El-P – quickly caught everybody’s attention with their self-titled collaboration album. The response and  demand was so strong that they wasted no time supplying the follow up, Run The Jewels 2, which is more of the same, if not better; sharp lyrics, dope beats, with witty, sobering social commentary underlying throughout.

Life+Times caught up with Killer Mike to talk Run The Jewels and their highly anticipated sequel.

Life+Times: With the first Run The Jewels album, you put that out with very little promotion and it came as kind of a surprise. When it came out, it was one of the most critically acclaimed records of the year.
Killer Mike: The album was a thank you. The fans had done such a phenomenal job. We don’t have big artist budgets. I have a friend named T.I. and know a guy named Jeezy, they both drop records and my grandmother knows they dropped records. They have visibility and the marketing push from the label and as a brand. What happened with us was literally word of mouth. We dropped it free because it was a thank you, saying “we appreciate you guys. If you guys like the music, we’ll go back out on tour again.” Well they showed up, showed out and bought merch and said we want another one. We were smart enough to put our own egos or whatever we thought our next plan was [to the side] and go with Run The Jewels 2.

L+T: So with Run The Jewels 2, did you do anything different creatively?
KM: The foundation of Run The Jewels 2 is the same. It’s Jaime and Mike saying the hardest, darkest, most radically funny and absurd shit we can, with a touch of consciousness, depth and intelligence. Run The Jewels 2 was determined to outdo ourselves. I think we did a grand job of it. Run The Jewels 2 added a lot more depth and personal substance, a lot more social commentary. We promised a darker, harder, funnier album and we gave people that. With that package it could have been enough, but we decided that we were going to bring more of what we bring to our solos, that level of social commentary, emotional depth, and confrontation to the bullshit from government, religion, national municipalities and I think we did a grand job of it.

L+T: Describe the first single “Blockbuster Night Pt. 1.”
KM: We just wanted to go mean. Like I said, “No hocus pocus, you simple suckers been served a notice/top of the morning, my fist to your face is fucking Folgers.” That’s what we wanted to do. We wanted to make sure people knew that this Run The Jewels shit ain’t gettin’ pretty. It’s the same old shit. We’re gonna wake you up with a fist to your face. I’m adamant that rap needs to have a certain swagger in it. I don’t mean that every rapper needs to be doing what RTJ does, but in the landscape of rap there needs to be a Run The Jewels, there always needs to be a badass group dressed in black. Rap has given me that for over 20 years of my life and I’m happy that Run The Jewels is able to do that. People come and wild out, but they don’t hurt each other. There’s this euphoria in an hour of getting that shit out that I think people need and Run The Jewels provides. 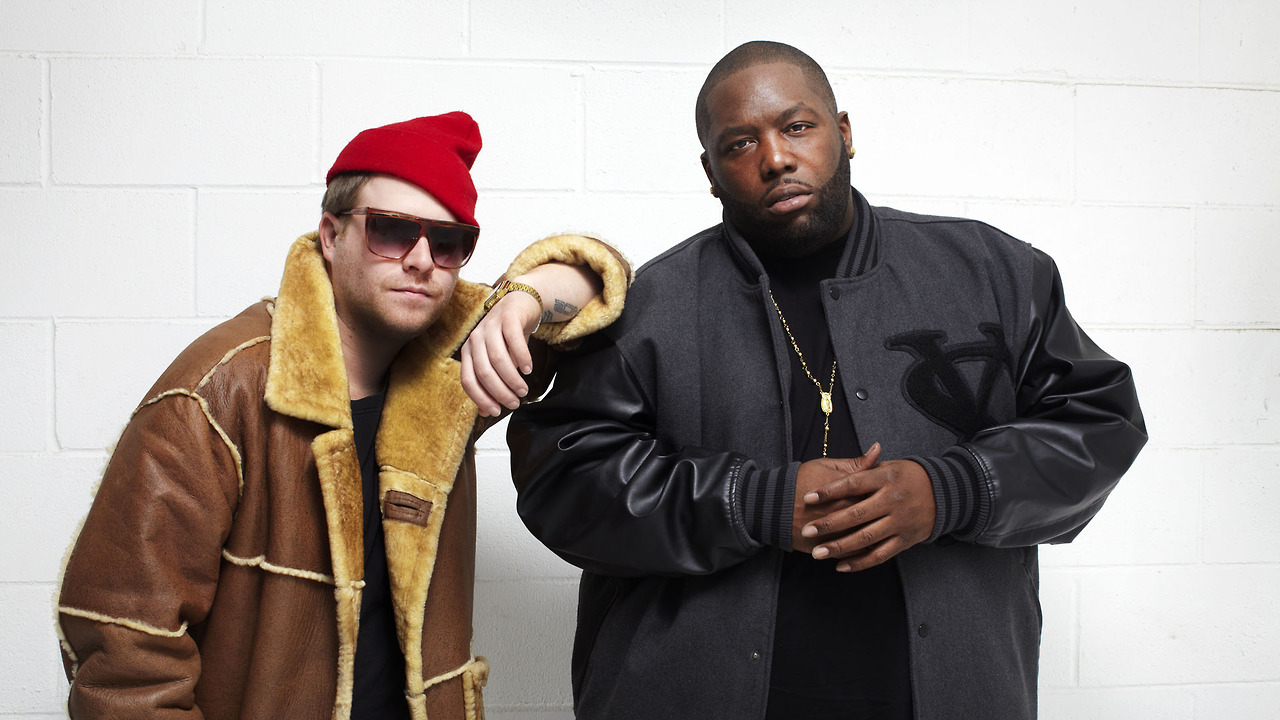 L+T:  Was there anyone in hip-hop bringing that to the table in terms of raps and commentary? Were you all shocked  at all by the feedback?
KM: There are dope rappers that make dope music saying dope shit to the middle-to-extreme when it comes to social commentary. Brother Ali and Bamboo are two favorites of mine. It’s not like there’s a lack of jamming rappers, but there’s not a tag-team or a group. Honestly, this shit is kind of like P.E., NWA, Beastie Boys, EPMD. There’s no dynamic like that, so I think it’s unique. It’s a perspective that’s needed, wanted and appreciated, and I’m glad kids have responded the way they have.

L+T: You’ve also got Zach de la Rocha from Rage Against The Machine on the album. How was it working with him?
KM: We were headed to the studio and El wanted a juice. He jumped out to get a juice, came back and said, “Come here.” I got out and [went in] and it was Zach de la Rocha, one of my favorite MCs. A lot of who I am and what I say came out of listening to bands like him and being enamored with being able to be politicized and social and still make rocking, jamming shit. In the next day or so, he was at the studio hanging out and had written something. I was blown the fuck away. I’m happy he did it. If you told me ten or eleven years ago that I’d be on a track with Zach de la Rocha, I would say I wanna, but I wouldn’t say I was gonna be. So to have that now, you can’t ever take that away. That’s one for the obituary right there. He stood up and the song is amazing, I’m really proud of it.

L+T: Whenever you talk radically, there’s always powers that be that work to push you to the side. Have you all gotten any resistance?
KM: Well, we don’t have an overt political plan or agenda. We’re just saying, “this shit is fucked up and we’re gonna yell about it.” Most of the time that gets you pointed at and called a bad man in the middle of the street, but when you do it over jamming beats, people agree. They’re not gonna go quit their job and revolt Monday, but Monday through Friday they’ll suffer through that bullshit with dignity because they know Saturday they’re gonna wild the fuck out. As humans that’s what we do. I don’t worry about an invisible hand killing me now, although they might change their mind in a couple years.

L+T: Talk about the the Meow The Jewels component?
KM:Meow The Jewels I’m very proud of because it had nothing to do with El-P and I besides a very clever joke that El-P wrote while he was stoned about putting together pre-order packages. He did it as a joke, kids took it seriously and made it happen. We took it so seriously that we decided to give the money to a family funds for Eric Garner and Mike Brown, or to an organization that supports victims of police brutality and violence. I’m very proud of the fact that something our fans decided to do happened.

L+T: The first album was recorded before the Trayvon Martin incident. Since then, you’ve been outspoken about Ferguson in particular. I’m sure in listening to Run The Jewels 2, there will probably be lots of content that sounds like a response to things that have happened in recent months when in fact, it was written before but just happens to still apply.
KM: Absolutely. Yeah, this one was recorded before Garner and Brown. These records were done. It lines up now, but we know every single day that the cops can kill us. So I’m very happy that finally this country is paying attention to that and I’m very hopeful that young people – white and Black – all get it. I have been vocal about it, but the most outpsoken person is a guy in St. Louis I look up to named Tef Poe. He’s a young artist with a crew called the FootKlan, makes dope music, he’s an intelligent kid, writes articles that are more intelligent. He’s the guy you need to be following in terms of what’s going on. I really believe in the kid, he’s a dope rapper and a real leader.

Run The Jewels 2 is available here.