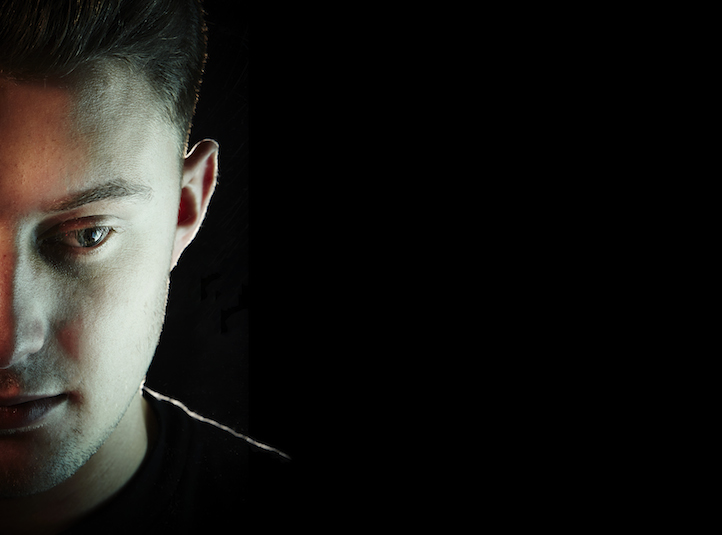 Everyone has their own opinion of the “state” of EDM, but from an insider-outsider point of view, the US is the musical petri dish when it comes to testing new sounds – some good, some bad, and others repetitive. “I wish I was in America at this point in dance music because it just seems so exciting. It’s amazing,” states UK based DJ-producer and Shakedown label head Jacob Plant, who recently released his Louder EP via Dim Mak Records. The three-track EP is the epitome of club ready electro house – with the exception of the trap-seared “Radar.”

Throughout the conversation, Jacob expresses his admiration of the States accepting attitude to dance music and the UK’s leadership position when it comes to newness. Jacob adds, “I kind of feel like the UK is a different market to the whole of the world. Things come and go so quick. It’s really hard for things to last. Things normally last longer in different countries than the UK, especially the big room EDM stuff – that never really took off in England.” Jacob doesn’t knock the heavy EDM hits or downplay their power. He along with a new breed of producers bring versatility and a much needed measure of positivity to a thriving electronic dance music culture.

Life+Times: You just recently released your Louder EP and the only problem I have with it is…I don’t know what’s going on with some of you producers, but three tracks! You’re killing me.
Jacob Plant: (Laughs) Is it too many or not enough?

L+T: Three tracks is not enough! So, do you have an album dropping later this year or an EP that has three 10-minute long tracks?
JP: To be honest, this year I’m just gonna work on singles and EPs as well. I will probably make them longer, yeah, but I’ll probably plan to do an album in a year or so maybe.

L+T: Okay…
JP: I just don’t want to rush an album. I want to make sure if I do one it’s 100 percent perfect and has cool collabs and stuff. So for now, just EPs and singles. I’ll make them longer for you. (Laughs)

L+T: (Laughs) No, I completely understand. I was actually expressing my same dilemma with another artist and he was saying, “I want to make sure the time is right.” It’s really all about timing, so I totally understand. I’m just being selfish, so that’s it.
JP: (Laughs)

L+T: I noticed over the summer you are playing three big festivals. You play Lollapalooza, Reading, and Leeds. That’s pretty exciting.
JP: Yeah, it’s wicked. I’m doing Ibiza with Steve Aoki in Pacha as well…So, the summer should be good. Reading and Leeds is gonna be amazing in England. Last year was amazing; and then obviously Lollapalooza is just mental. I’ve never been there before.

L+T: Well, make sure you stop by Texas – Houston.
JP: Yeah, yeah! We’re literally planning a tour now around North America. I want to make sure I go everywhere. (Laughs)

L+T: Something also pretty cool – you can correct me if I’m wrong – you started producing when you were 13. You actually taught yourself Pro Tools.
JP: Yeah, that’s correct.

L+T: What was the catalyst in your decision to start producing and deejaying?
JP: When I was 13, I was recording metal songs.

L+T: Wow.
JP: You know that back in the day with Linkin Park and that kind of era?

L+T: Yeah.
JP: Well, I was 13 and that music was massive at school. So, I was like playing along with guitar and trying to like program beats that sound like them. It was fun, but it’s quite hard to do on your own. When I was about 15 or 16, I found electronic music like The Prodigy and Pendulum, drum ‘n bass, and house music. It just felt more real for me to do and I just really enjoyed making it. I’ve just been doing it ever since now.

L+T: Yeah, I remember that whole era of Linkin Park and Incubus. They even had some turntablism in their earlier records.
JP: Oh, yeah and also with the deejaying side of things I never actually set out to be a DJ. It was because of the songs I made that the gigs I got were obviously DJ sets. So, I just had to learn to DJ…I love it now. It’s wicked.

L+T: Good! I’m glad. Now you’re with Three Six Zero Group. I definitely want to know how that came about.
JP: I met the guys in the London office three years ago and I’ve worked with them ever since. Calvin Harris actually kind of really brought me up through the ranks in the company and really supported my stuff. That’s been a massive, massive help for me – which is amazing.

L+T: That’s really cool. Now that you’re professionally pursuing producing, what’s been one of your favorite parts of the experience?
JP: Umm, there’s been like four highlights over the last couple of years. One would have been Reading and Leeds last year because we turned up and the whole tent was filled with loads of kids. They all knew all of my songs. It was just a really good atmosphere. It just felt like things had gone up a notch, just better. Then, last year I played in India. I did a tour with Steve Aoki as well. That was incredible. The crowds were huge and they really responded to the music. It was just a whole kind of different world for me. It made me realize just how far music can take you; out of your comfort zone and stuff which is amazing as well. Probably then, just having people like Knife Party and Calvin Harris, Tiësto all playing my music and all supporting my single, “Fire,” which came out last year. That was a nice one for me as well.

L+T: You’ve had a lot of great experiences. That’s something you definitely have to be proud of. So, kudos to you for that.
JP: You spend a lot of time and hours in the studio and it can drive you a bit crazy. Sometimes you just have to sit back and look at everything you’ve done and you realize how incredible the whole thing is which is cool.

L+T: You do have to sit back and enjoy the moment sometimes.
JP: Yeah, that’s definitely something I’ve learned. Now I’ve kind of gone off a bit and really appreciate everything that comes. When it comes, I enjoy it to the full.

L+T: Cool. In a past interview you brought up a really interesting point. I’ll quote directly. You said, “If you don’t like the Beatport Top 10 sound, then make an effort to look a bit deeper.” Were you referring to a more technical angle or creative point-of-view?
JP: I’m just getting fed up with reading – like on Facebook and stuff that you see when people posting interviews and stuff – big people kind of slagging off EDM and saying it’s in a crisis. I just think that “EDM” stands for “electronic dance music.” That covers such a range of music. You can’t really say that the whole of EDM is in a crisis. Obviously the big room sound a lot of people are saying it sounds the same and blah-blah-blah. At the end of the day, that’s not the only music out there. If people weren’t so indifferent, they should look a bit harder for it because there’s so much music out there. It’s not all about just about looking at the top 10 DJs and what they’re playing. There’s millions of other people out there as well.

L+T: That’s true and I agree with you. People get so caught up with the whole acronym of “EDM” and fail to realize that stands for “electronic dance music” which includes tons of sub-genres.
JP: Yeah, that’s the thing. I’ve been listening to dance music basically since I was a kid. I’ve been through so many phases as a listener, like listening to drum ‘n bass, listening to dubstep, listening to house – and they’re all so different. It’s quite strange to just kind of categorize them with one thing, then slag off the whole scene. I think there’s just so much good stuff out there. Obviously the Beatport Top 10 stuff works in clubs and that’s why it’s top 10 and it works at big festivals which is obviously massive, So, that’s the reason why it’s out there and people like it.

L+T: Now for my last question! Do you think a DJ is a musician?
JP: Yeah. Well, I think a producer is a musician. I think if you’re a DJ-producer, then yeah you are. Most people I look at, who I like, they’re all musical and they all play loads of instruments, and can produce well. Obviously it’s not your classic guitar, band kind of stuff and it’s easy to kind of think DJs aren’t because when they’re live they are using decks. Yeah, I think a lot of guys are talented. Do you know Feed Me?

L+T: Yeah! I interviewed him last year. I love him.
JP: So like Feed Me, if you break down his stuff it’s so musical. It’s amazing. So, yeah I do think producers are definitely musical. I think if you’re just a DJ and you have no musical background and you don’t produce, then obviously you’re not musical. There’s nothing wrong with that though if you want to DJ. That’s cool. People do that. I think nowadays you have to be a producer to DJ.

Jacob Plant’s Louder EP is out now via Dim Mak Records on iTunes.