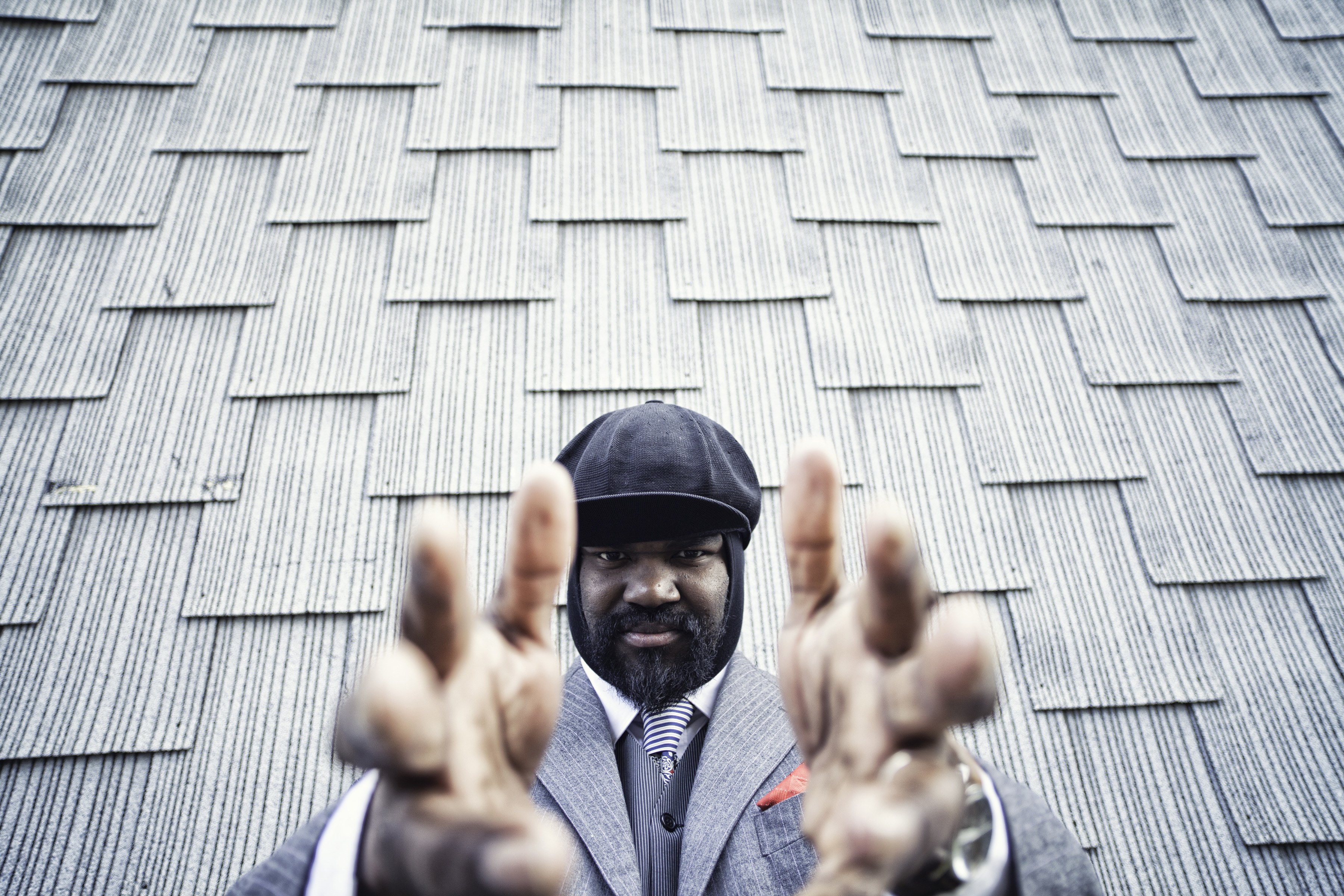 The themes of sincerity, soulfulness, tenderness and confidence exude throughout all of vocalist Gregory Porter’s work. The formula has already earned him multiple Grammy nominations, and his third record, Liquid Spirit – his major label debut available September 17 on Blue Note Records – continues that ascendence. Porter has noticed a void in music and taken on the task of filling it: “Not saying that I am what is, but I think maybe what I’m doing is what people actually want to hear,” he said. “There are some people who want that liquid spirit – a soulful, thoughtful sound – and they haven’t been getting it.”

Life+Times talked to Porter – a California Native and former Division I linebacker – about Liquid Spirit and everything else he’s bringing to the table.

Life+Times: Talk about the phrase “Liquid Spirit” – what it means and it’s place as the album title and title track.
Gregory Porter: “Liquid Spirit” is a metaphor for water, which is a theme that I’ve been dealing with in all three records I’ve had out for the public. Liquid, playing with the word, as the accessibility of of spirit and energy and culture. When something is liquid, it’s quick, at-hand, I can grab it; if I’ve got liquid money that means I got cash in my pocket. So it’s like having that energy and that spirit and that soul rightly accessible, right when I need it. Whether it be in the music, hearing the music. Releasing that spirit and that energy, that’s what I’m talking about in the metaphors in the song.

L+T: What is your record “Musical Genocide” about?
GP: After my concerts when I’m signing CDs, sometimes people will ask me, “Where can I find more of this style, more of this music?”, and it could be them asking for more soulful expression in jazz or just music in general. So I wrote the song thinking that there’s an audience that needs to be sung to. There’s an audience that may be missing Luther Vandross, an audience that may be missing Donny Hathaway – that sound. So in “Liquid Spirit”, [the lyrics,] “Un re-route the rivers, let the dammed water be, there’s some people down the way that’s thirsty,” I’m saying those people want to get to that music. I’m dealing with that subject as well in “Musical Genocide.” All music has validity and a worthwhile place in the marketplace. People want to hear it. But when there’s an imbalance, people feel it in their bodies. In a way, they call for it. There’s a hunger and thirst out there for something more that they’re not getting. “I do not agree, this is not for me, musical genocide” – the death of the blues protest song, the messages of love in gospel and the death of the soul that is in soul music. So I’m trying to do all that but not sound preachy.

L+T: What do you think has led to or caused this death or dearth of soul music or blues protest records?
GP: Well I don’t want to say there’s a death of it. I’ve travelled around the world so I’m speaking globally, as well. I would say everybody is so caught on making a dollar and trying to be so damn cool, that sometimes they’re not staying soulful. Now, I haven’y listened to every piece of music that’s comes out in the last 20 years, so I can’t say it with certainty, but a lot of the time when I turn on the radio, I’ll be wishing for something that’s going to strike me in the heart and sometimes it doesn’t come. That’s what I mean. I’m not a critic, I’m a singer, I want everybody to succeed. Even people that are making stupid music, I want them to have a nice house and a big car, too, but there also has to be some soulful music that’s grounding as well, that a mother, father and their 17-year-old teenager can listen to. I don’t know. Maybe that music doesn’t exist.

L+T: One of the great songs on the album is “Lonesome Lover,” originally recorded by Max Roach and Abbey Lincoln. Talk about your relationship with that song and why you decided to cover it and include on your album.
GP: Max Roach and Abbey Lincoln – the singer that was writing and working with Max Roach – they always inspired me with the style of music that they made. She was a big inspiration for me – Abbey Lincoln was – so this was a tribute to her in some way. I had kind of explored the ideas of male vulnerability really in all of my records – maybe it’s part of my personality to confront and deal with male vulnerability – so that line in the song, “take me back where I belong,” it’s a cue. Marvin Gaye, he had a bunch of [similar] songs. It’s a style that I wanted to revisit but in a jazz style, pulling from an old song that’s been around. That song was sung first by Abbey Lincoln, it may have been done by another women, but I haven’t heard it by a man, so I thought it would be interesting because I’m a person who explores male vulnerability in my writing.

L+T: As with your first two albums, you have Chip Crawford playing piano, which is a very predominant part of every track. How is your chemistry with him and how does he pull something out of you as an artist?
GP: All of my band, in a way – like all of my influences; Donny Hathaway, Marvin Gaye, Curtis Mayfield, they all have an understanding and experience in the Black church . So there’s a connection to those influences. My bass player Aaron James, his mother was a choir director in church; Emmanuel Harrold, the drummer, his parents were both ministers; and Chip Crawford, he’s a white dude from North Carolina, but always hung with Black people and played music in the Black church along with jazz. Not that this music is culturally exclusive to any group, but there’s an understanding and a feeling and energy that happens even in the rehearsal room. Some things you don’t have to explain, it’s just like, “Oh, I know where you’re going with this, I understand that.” So Chip’s relationship with me in terms of the music and how it comes out, it’s an unspoken thing. It’s a cultural understanding that he has by all the places and people he’s dealt with in his career. He used to play keyboards for the Four Tops, so he’s the oldest cat in the band but he has some experience and I utilize that to the fullest.

L+T: How does one go from playing college football as a linebacker to being a jazz singer? Are they related in more ways than one might think?
GP: The interesting was when I injured myself and had more time, that’s when I started to dedicate myself more to the music. I would say that maybe the elements of teamwork, anticipation may transfer, but I’m trying not to break anybody’s neck with the music [laughs]. When you play outside linebacker, you gotta be fast and aggressive. So it’s a different game. I remember talking to my mother and telling her I wasn’t gonna be able to play anymore. It was devastating to me at the time, but now looking back and looking at my path and progress in terms of leaning on the music while going through what I considered a difficult time, it kind of led me to where I am now. Injuring myself in football made a way for me to get to the music a little faster probably.