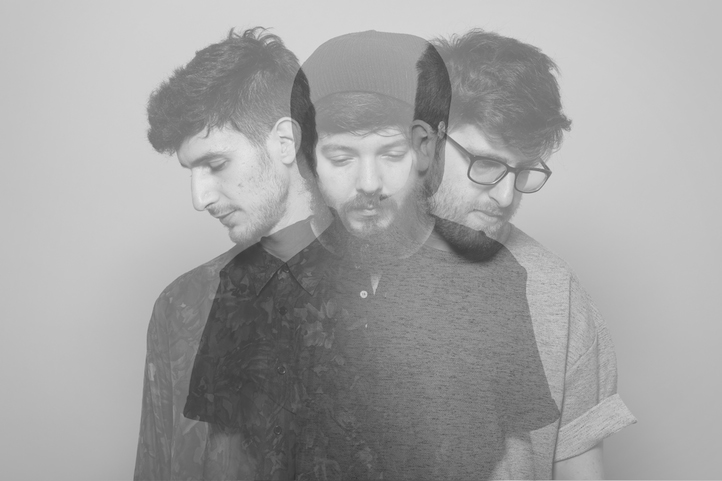 Last year, the internets got hip to a trio known as Garden City Movement, a Tel Aviv collective that harnessed all of the power of electronic music, but added to a unique style that many weren’t ready for with the release of their debut EP Entertainment. At the top of this year, though, we were. GCM became music blog fodder, with a handful of hot tracks, including “Move On,” “Terracotta,” and the recently released “Lir” off their Bengali Cinema EP that released just last month. A marvelous aspect of the group to note, is their ability to translate electronic sounds into an acoustic live element — evidenced by their solid performances, including their appearance at Glastonbury. Life+Times spoke with Johnny Sharoni, Roi Avital, and Yoav Saar on the success of Garden City Movement, what they hope to accomplish from their latest EP, and what we can expect from these electro-acoustic stars on the rise.

Life+Times: How did you meet and decide to make music together?
Roi Avital: Yoav and I were playing at a band called Lorena B, and we met Johnny who helped us with our last EP. After the band split, we asked him to write lyrics for the new stuff Yoav and I were working on. The connection was so natural we decided to make it as a trio.

Life+Times: What is the music scene like in Tel Aviv?
Johnny Sharoni: The music scene is one of the most unique ever. I used to work as a nightlife and music journalist. Pushing the local scene is one of the most important things to me. The club scene is great and the Block Club is one of the best clubs in the world (according to Gilles Peterson). Things nowadays are more kicking than they used to be ten years ago. You’ve got so many DJs coming over, plus the rise of local acts and DJs that are talented and gifted. My place in the scene is from TEDER-KZRADIO-PORT SAID-CASINO SAN REMO area, real music heads with great taste.

L+T: How hard was it to bring your music globally? Since it’s so unique, people flock to it, but were there any obstacles in gaining popularity?
Yoav Saar: I guess the obstacles are the same as for every new act. There are so many artists and new music out there that you need to stand out…so we are more into believing in the music we make and hope for the best!

L+T: The cool thing about your group is while the songs are electronic, when you play them live you use live instruments. How do you go about changing the vibe between your recorded music and live sets?
Roi: There’s not really any differences because we perform the music kind of the way we created it in the first place. Most of our samples are organic.

L+T: How many different instruments do you play?
Johnny: As many as we can find. From an Oud, to a radiator. If it makes a good sound we will use it.

L+T: When you’re getting in the zone to make music, do certain instruments/sounds come to mind depending on your mood?
Johnny: It’s more in the perspective of vibe, but I guess that without thinking about it really there are some sound we use for certain moods. It’s kind of hard to put them in “happy” or “sad” sections, because most of the sound can work for both. It’s just a matter of how and when you use them.

L+T: When your Entertainment EP dropped, it served as the attention getter for the group. What do you hope to accomplish with Bengali Cinema?
Yoav: We hope that people will listen to it. That’s all really. The more the better.
Johnny: The new EP is quite an adventure of emotions that was going on in our lives while working on it. I hope that listeners will try to go deeper and feel it.

L+T: There seems to be some more vocal elements being added to the music. Are there any other singers you’d like to work with or artists who you’d like to craft instrumentals for?
Johnny: My first pick of producer would be Lone that’s for sure, and for vocals I would be happy to go with Prince. You know nothing big…and if Yumi Zouma is around, we definitely need to try something together.
Roi: Bonobo.
Yoav: Nina Hagen.

L+T: “Move On” is not only a great song, but the video will be at the LA Film Festival this year. Do you think you might go into scoring films, since there’s clearly something there with your music and the visual arts?
Johnny: The video was made by our talented friends Michael Moshonov, Lael Utnik and Mayan Toledano, so all the good words go to them. I’m really into visuals, and I have a feeling that we will keep going that way, and of course we hope that we will start to work on soundtracks ‘cause that’s something we really want to do. So all you film guys out there, call us!

L+T: You’re about to hit some tour dates. What do you put on your rider?
Yoav: Beard oil.