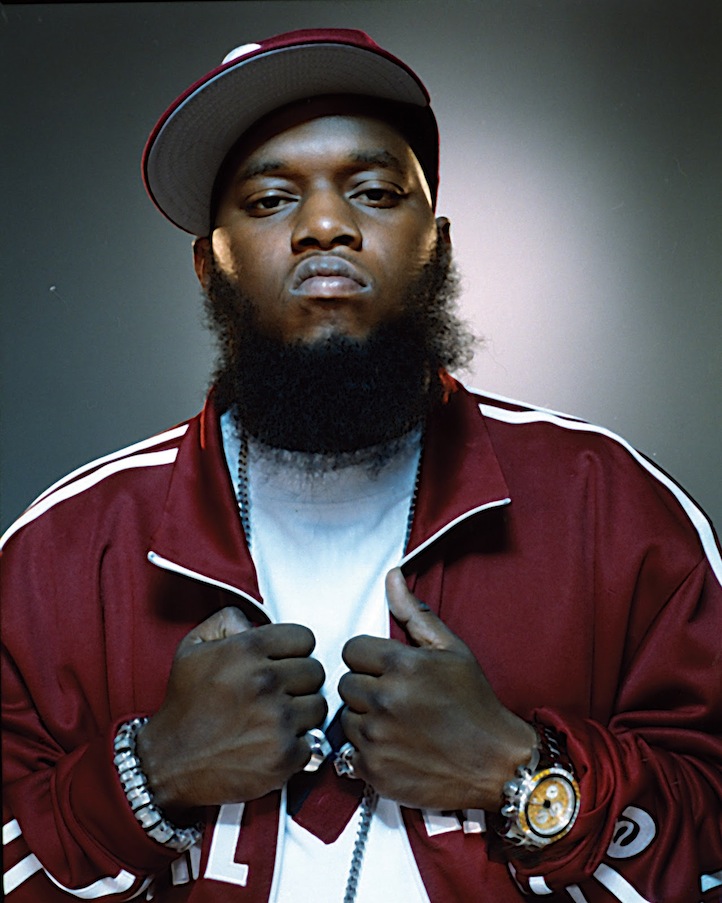 When Roc-A-Fella disbanded, few members of the crew knew where their respective careers would end up. But not Freeway. “It was sad,” Freeway says when reflecting on the Roc breaking up. “It took me a minute to get myself together because we were just on top of the world. But what I did was go back to what I always did and that’s work hard.” And work hard he did. Using the burgeoning blog scene as his conduit, Freeway showered the scene with product. He started with the 31 songs in 31 days effort titled “Month of Madness” in December of 2008 and followed it with The Stimulus Package album with producer Jake One. Mixtapes, collab albums and the release of Philadelphia Freeway 2 ensured his relevancy in the industry post-Roc-A-Fella as Freeway stood on his own two. As his fourth studio album Diamond In the Rough is released, Freeway sits down with Life+Times to discuss the new project, the days of Roc-A-Fella, the possibility of a State Property reunion as well as a Roc reunion.

Life+Times: The title for this album has a bigger meaning, doesn’t it?
Freeway: I’ve been through it all. I’ve been rich, I’ve been poor and I’m getting money again. I feel as though my life is symbolic to a diamond because the process that a diamond has to go through to shine is amazing. You have to find the diamond as a piece of coal, dig it out, clean and polish it and once you get it shining, it’s there. Diamonds last forever. That’s how I feel I am now. I’m shining and I’m here to stay. I’ve been through a lot with Roc-A-Fella, State Property, even just being a Black man and becoming successful that’s overcoming a lot. There are a lot of people from my hood doing the same thing they were doing ten years ago. I’ve overcome a lot.

L+T: You and Just Blaze are back to working together, what happened?
Freeway: I don’t know what happened. It might have even been a lack of communication. We never had a bad relationship until I did some dumb shit. He always looked out for me and did a lot for my career. With the lack of communication, the Roc split and people being in my ear…you know how it is. Foolishness. I was man enough to apologize for what I did and now we’re moving forward. We have a song on the album and some more music we are working on. We’ve been talking about working on a project together too.

L+T: So that means there’s more music where that came from?
Freeway: We have some heat. The “Early” record and a couple of other records was just him giving me beats. But we still didn’t go in the studio and create like we normally do. When we do that? It’s going to be a problem!

L+T: Once upon a time the rumor was you had signed to Cash Money…
Freeway: I wasn’t signed to them. When I did The Stimulus Package album, I was in Miami a lot and worked with Baby on a song. It was a great relationship. They reached out to me about signing to Cash Money, but I was still signed to Rhymesayers so it was something I was interested in but I was still signed. As time passed, we just never revisited it.

L+T: What other rapper can say they were courted by Rhymesayers and Cash Money?
Freeway: It’s a blessing from God. The people from Rhymesayers were like “Wow, we have Birdman on a Rhymesayers album?” Honestly, I just do what I do. I’m happy to have fans that keep me relevant because the lifespan of a rapper is five years but I’m here five years past that.

L+T: What was it like recording back in the Roc-A-Fella days?
Freeway: I’m going paint a picture for you. You could walk in the studio at any time and see JAY Z playing pool with [Beanie Sigel] and Memphis Bleek. Kanye West would be in the other room making beats, Guru is engineering, Hip-hop is there. Cam’ron might show up later with the Dipset. I was in the midst of legends.

L+T: Let’s go back to the song that made you, “What We Do.” Take us through how that track came to life.
Freeway: [JAY Z] was in the front of Baseline [recording studio] playing pool when I was laying the bars to “What We Do.” I originally just wanted him to say the “keep goings.” That’s one thing that I got from Jay; I loved how he would bring different elements to the song to make it better. Amil might come in for two bars and somebody would come in just to say something and the song would go up to ten. Anyway, Jay came in, sat down on the table and asked to play the beat. For 10 minutes he just zoned out and out of nowhere he said “Free, I got you.” He went in the booth and started “Hov never slackin’ mang, zippin’ in the black Range, Faster than the red ghost, gettin’ ghost wit’ Pac-Mang” and I was like “Oh my God!” After he finished he said he wasn’t done and was going to come back in a day. But Beans came in the next day first, heard it and said “Jay isn’t finishing this, I’m finishing this.” And it was a wrap from there. Niggas was saying it wasn’t a single because it didn’t have the single structure but we defied that. To this day when I perform it, people go crazy. Jay actually enjoyed performing that at the Made In America show.

L+T: As a rapper known for his beard, you worked with another bearded rapper before he became known as The Bawse on 2007’s “Lights Get Low.”
Freeway: I got the beat from Cool & Dre. Khaled was selling it like “I’m telling you that this is the new sound of Miami! This is going to be a movie!” You know how Khaled is. The beat was crazy and I had to call in my man Rick Ross. I had just did a song called “Mecca Of The Trill” for one of his albums that never made the cut. We had a good relationship since 2002. When we were recording in Miami, Ross used to just be around, he would get trees and knew where everything was at. I had stayed in Miami for like four months doing work with Poe Boy and Jackie O and they kept talking about him. I needed him for the record and it was when he first started bubbling. I know the mindset that he had would make him successful. Like, he wouldn’t do anything but be successful.

L+T: So it was no surprise to you when he blew up?
Freeway: I’ll give you an example of how he thinks: When I was doing the record he was like (in Rick Ross voice) “Yeah Free, I’m going to do the record for you, but more importantly, I need you to do a record for me on my album.” I’m like, nigga what do you mean “more importantly?” That’s just the mindframe he had, he’s always on his shit. More importantly? Did he just say that his record was more important than mine? This is a dog eat dog game so you have to have that mindset. You have to think like that.

L+T: What’s next?
Freeway: Me, Memphis Bleek and the Young Gunz are doing a Roc-A-Fella reunion on December 19 at the Gramarcy Theater [New York City] and we’re trying to get this Roc reunion mixtape done.

L+T: Will we ever see another State Property project?
Freeway: We’re always talking about it. Oschino is locked up too so niggas can’t stay out of jail. We have this thing in Islam called al-‘ayn or “the evil eye” where you can’t tell anybody what you’re going to do before you do it. Did we put al-‘ayn on ourselves by calling ourselves State Property? Because we are all state property now…literally! It’s crazy. But when we all get home, we can make it happen. We already have 20-30 records with everybody that people didn’t hear. It’s about us getting together and hitting the road because that’s what the people want they want to see it.