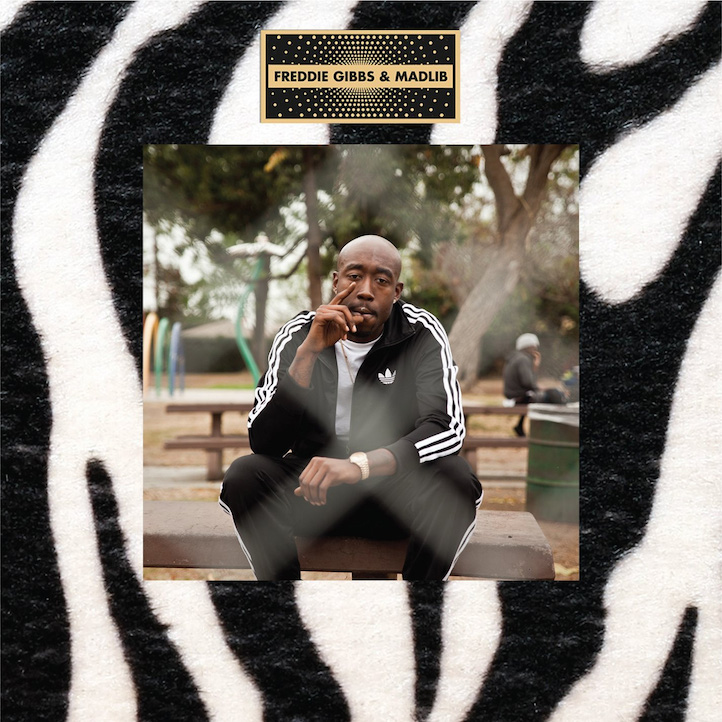 It should come as no surprise that there’s a deficit of “G shit” in hip-hop. Maybe that’s a blanket statement, but it speaks more to the shift in sound and content that’s been infiltrating rap music as of late. Freddie Gibbs defies all of that, and when he isn’t defying it he’s making it work for him. His collaborative project with producer Madlib arrived just last week, titled Piñata. The project combines Gibbs’ knack for hard bars with Madlib’s abstract production, which Gangsta Gibbs admits was a little difficult to tackle. The Gary, Indiana native packs a thorough punch on the project, and while it’s definitely new territory for him, the sound is a strange fit. Plus, he’s already back at work on his solo album, so there’s no wait for the traditional Gibbs in the very near future. Life+Times caught up with Freddie Gibbs while he was in L.A., and he discusses how Piñata came together, his position in rap, and how leaving Jeezy’s camp affected him.

Life+Times: Where are you right now geographically?
Freddie Gibbs: I’m in LA actually, just out here working on my project, and you know just chillin’ out.

L+T: So you’re already preparing for the next one just as Piñata dropped?
FG: Yeah yeah definitely! I’m about like 70% done with it the next one.

L+T: When is Eastside Slim dropping?
FG: Hopefully Fall or something like that, going into the Wintertime.

L+T: And you’re already 70% done? That’s like going against the grain for the 2014 rapper. Everything is always last minute.
FG: [laughs] Yeah man! I mean, I kind of take my time when I put my projects out. I mean, rap’s gotten kind of like fast food. I don’t want my stuff to be like that – putting out a mixtape every three months. I don’t want to get my fans accustomed to something like that. I want to slow cook it and do it the right way. I’m about to go on tour for the majority of the first part of the Summer. So I’m getting a lot of things out of the way so I can focus, doing the best stage show I can do while I’m on the road.

L+T: Wow that’s really impressive because any other artist would probably be like “just push the album back, I’m not done,” and you’re like “I’m going to do that and then do the tour.”
FG: Yeah I don’t like that. With me, it’s just all about putting together the best product. I’m independent, so that allows me to make those types of decisions and do everything that I need to do. I see a lot of guys under pressure from their labels and they’re not in some situations. It works for them. In a lot of situations, they’re not granted the opportunity to grow the type of fan base that I’ve grown. I think that I’ve grown an organic fan base. My success isn’t predicated on radio hits. If the radio plays it then then cool. If not, you know, whatever. My success is really predicated on the consistency of my music, and my fans gon’ make sure that I tour every year for the next 20 years and beyond. I think I’m solid with my pen game and all that. All the radio hits and things of that nature, I’m not really tripping off that.

L+T: That’s a good mentality to have.
FG: I’ve always kind of had that mentality, but a lot of it has grown through experience. I just got tired of people telling me “no,” telling me what I couldn’t do, what I was doing wasn’t up to par. I’m an artist, so I’m not going to let some motherfucker that doesn’t do art tell me what I can’t make or what I can’t do. Plus, most of these motherfuckers ain’t from where I’m from, so they can’t talk about my experience the way I can. That’s unique within itself.

L+T: What was it like coming up in Gary, Indiana?
FG: It was real. How can I put it? It was definitely an impoverished neighborhood. The city is still dwindling to this day. They just closed down like four more schools, they’re just trying to weed us out now. It’s sort of like your average inner city black neighborhood – no jobs, high crime rate. It’s a struggle to get out of it because it’s like a cycle, but it’s other cities like Los Angeles, Chicago, New York that have that other side of their city where they can go to get inspiration. For the most part, there is no good side of Gary. There is no silver lining to the whole equation.

L+T: What kind of hip-hop did you listen to in Gary?
FG: Scarface, Three Six Mafia; a lot of things from the Midwest or the South. Bone Thugs-N-Harmony – things, of that nature.

L+T: Yeah I noticed on “High” there was this Bone Thugs vibe to it.
FG: Yeah [Bone Thugs-N-Harmony] definitely influenced my whole career. They definitely don’t get the credit they deserve in the game. I always got to pay homage to Bone Thugs at all times.

L+T: What was the experience like on Piñata rhyming to Madlib’s production?
FG: I think the whole album was a challenge. It was like a puzzle. I wasn’t a Madlib fan before so I was unaware of the things that he did musically. So when I was granted the opportunity to work with him, I didn’t backtrack in his catalog or anything like that. I just tried to make sure that I could do my best to stand out on his beats. I had heard that he had classic albums with MF Doom and everybody was raving about that and everybody was raving about this MF Doom dude. My goal was to top that pretty much. I mean, ‘cause no disrespect, but I’m not rapping in circles or anything. I’m not talking about no funny shit, you know what I mean? Everything that I’m talking about is straight street shit. Other motherfuckers would get on those beats and rap about all this goofy ass shit. I don’t have time for that shit. I ain’t ‘bout to rap about purple stars and moons and lucky charms or some shit like that. I mean no disrespect to anybody, but this is gangsta rap. I infused Madlib with gangsta rap. I was the first person to do that, so I think that this project is going to sit by itself in history. The only thing I didn’t do with Piñata was get a JAY Z verse on it. Hopefully he’ll get on a remix to some shit. 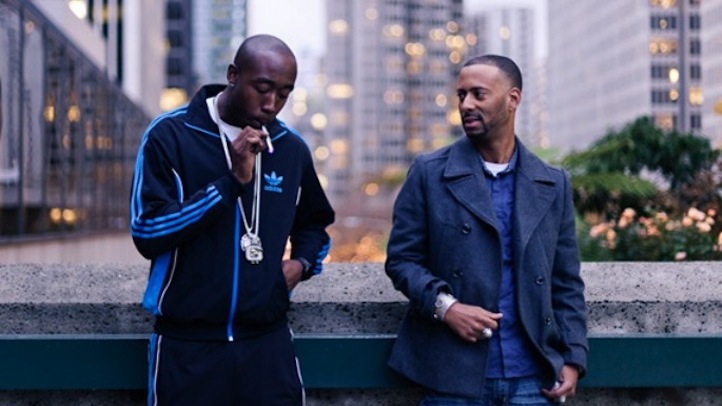 L+T: How did you and Madlib link up?
FG: We’ve got mutual friends. We were friends before we were fans of each others’ music. It just grew from there. It was cool – real organic, super organic man. We didn’t plan to do this shit, we just did some records and they became critically acclaimed, I guess. Not that that shit matters to me, but you know.

L+T: You describe the project as “Gangsta Blaxploitation On Wax.”
FG: Yeah that was definitely the vibe I was going for when I made the record. I watched a lot of those [Blaxploitation films]. It was like some cool get high type of shit.

L+T: What do you think was the best decision that you made in your career thus far?
FG: That’s a good question. I would say walking away from Young Jeezy.

L+T: Really?
FG: Definitely. It’s definitely the best decision that I made in my career as of late.

L+T: Was it the worst decision to join him in the first place?
FG: I can’t say that it was a bad decision dealing with him. That was a good decision, because you know all bullshit aside, however I may feel about him, I did learn some things from him. I’d be a liar if I said I didn’t learn certain things. I definitely picked some things up, gained knowledge. If I didn’t I would have wasted my fucking time. When I got to the point where I felt like I gained enough, I walked away.

L+T: Are you in a happier place now than when you were signed?
FG: Yeah definitely. Hell yeah. I was doing this shit before I started fucking with him. People think that that nigga introduced me to the world. That’s not the case. So when I move on and moved forward from that situation, I definitely felt refreshed. I had to get my anger out at first. That’s what I did on my ESGN project. I had to get all that out. I got my companies moving forward, I’m about to go on tour to 75 cities in the States. I’m not mad at all, man. I’m definitely in a good spot. I’m definitely one the most unique rap artists out as far as how I market my music, how I sell it, how I do everything. I think a lot of younger guys are starting to follow my blueprint. I’m flattered by that actually. I feel like I stand alone though. It’s only one Gibbs. Everybody else is just Baby Gibbs. They putting out albums and everything, and I’m proud of them too. Itty bitty G’s. I’m going to get them G chains.