Like most DJs, Cassidy Podell has played events like weddings, parties, and work related shindigs, but unlike most DJs, the weddings he plays are for the likes of Jennifer Lopez, the parties he plays are for Diddy, and those work related shindigs he plays include the inauguration of President Barack Obama. Already established as the ultimate party-starter, DJ Cassidy has found a new way to keep the party rocking. He’s decided to step out from behind the turntables and into the studio to create his debut album Paradise Royale. Acting as songwriter, producer and curator, Cassidy has brought together a group of some very familiar artists and musicians, which includes Robin Thicke, Usher, Nigel Rogers, Passion Pit, Ne-Yo, and R. Kelly, who is featured on the disc’s second single “Make The World Go,” for a project inspired by the feel-good music of the late 1970s and early 1980s. “The music on Paradise Royale can be defined by its spirit, its core and its ability to make you feel good. That’s what I wanted to capture from that era and bring to the dance floors of today. I wanted to create something that would instantaneously make people from across the planet smile,” he explains. Life+Times caught up with DJ Cassidy to discuss how DJing helped prepare him for his latest endeavor, why the soul music of the late 1970s and early 1980s is the greatest dance music ever, and working with R. Kelly.

Life + Times: What made you want to create an album inspired by the feel-good music of the late 1970s and early 1980s?
DJ Cassidy: I grew to view the soul music of the late 1970s and early 1980s as the greatest dance music of all time. It was by far the most universal sound. It was the one kind of music that made everyone smile and dance. It didn’t matter where I was playing or who I was playing for or what kind of music people came expecting to hear or what kind of music I was expecting to play, because if I threw on a classic record of that era it would just put a spirit and emotion in the air like no other kind of music. This music became a huge part of my career as a DJ. It became my favorite music to play. It made me wish for a new music that shared that era’s spirit and emotion. I wished for new anthems of celebration that both the people my age and the young people of today would be able to own. At that point I set out on a mission to do just that. 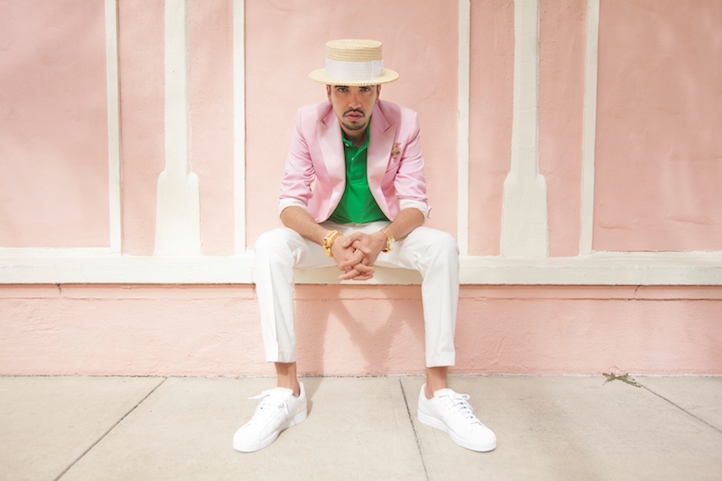 L+T: How long have you been working on the album?
DJC: I started working on it over four years ago.

L+T: What was it like to write and produce for such a talented group of artists?
DJC: Producing for some of the greatest musicians that have ever walked the face of the earth was one of the most surreal moments in my life and something that I will never forget. To be in the studio with Earth, Wind & Fire, who very much inspired the music of Paradise Royale and who were very much responsible for defining this era was truly a surreal experience. Having such legends be so eager to listen to my vision was one of the most humbling things ever.

L+T: How has being a world-class DJ prepared you for creating such an album?
DJC: I had been undergoing an unintentional sociological study as a DJ, because I had been observing and watching people dance for so long. My ability to observe people was one of the main reasons why I was inspired to create such an album.

L+T: “Make the World Go Round” featuring R. Kelly is reminiscent of songs from his Happy People album. Was the music he made for that album what made you want to work with him for your album?
DJC: I reached out to R. Kelly because he’s one of my favorite artists of all time and he comes from the kind of music that inspired my album. It is in him from the bottom of his feet to the top of his head. The music on Happy People and the music on my album share much of the same spirit and emotion. There was a journey behind every song on Paradise Royal. Recruiting R. Kelly was one of the most lengthy of those journeys, to say the least. I traveled to Chicago over eight times over the course of 20 months to recruit R. Kelly. I went to six shows on his tour. I even went to Barnes & Noble, bought his book and waited in line for hours to get to the front to speak to him [laughs]. 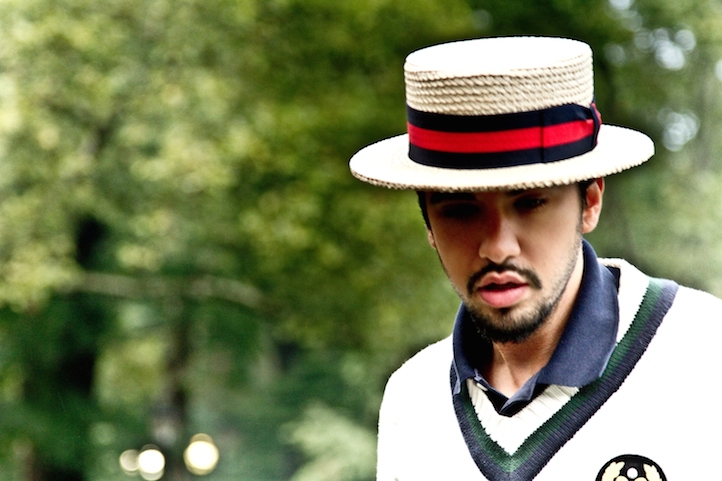 L+T: How were you able to figure out who you wanted to work with for the album?
DJC: I sat at my computer and put my 25 favorite songs from that era of dance music in a playlist in my iTunes. I put them in chronological order. I first realized that the songs were all released in between the years of 1978 and 1982. Some of the songs on the list were from incredible artists like Michael Jackson, Kool & the Gang, Chic, Earth, Wind & Fire, Chaka Khan, Diana Ross, Shalamar, Luther Vandross, and Rick James. I asked myself if I could get my songs to sound like those songs. Then I made a list of every musician that played on every one of those songs. In making those lists it became very clear that the producers and recording artists of this era were recruiting many of the same session musicians. These session musicians were the men behind the music and the architects of the sound. I felt like in order for me to achieve my goal with this album I would have to go to the source and recruit the men behind the music. I also felt I needed the right voices to bring this music to a new generation. The voices I needed had to also represent my generation and to represent all genres of music in order to be able to bring together all voices from all walks of life under one sound. I wanted the most eclectic of today’s artists to write and record original songs that felt like that era.

L+T: If Paradise Royale was an actual place how would you envision it?
DJC: Well, the Paradise Royale is a real place. It exists in all of our minds and to get there you don’t need a plane, a train, a car, a big wallet or a fancy outfit. All you need is to close your eyes and listen to the greatest dance music of all time. At the Paradise Royale people from all walks of life, all races, all religions, all shapes, all sizes and all styles can join together under one sky, under one moon, under one sun with flamingos running wild and celebrate to the most universal dance music ever created.

L+T: The past few years have seen a revival of that feel-good vibe in music that has been synonymous with the music of the late 1970s and early 1980s. Why do you think the feel-good aspect of that era in music appeals to listeners nowadays?
DJC: I believe that artists of today share in a similar inspiration. They strive to create something that’s not only universal, but that also makes people smile instantaneously and that puts the celebration back into the party. There are many forms of dance music. There are many eras of dance music. As a DJ, who has observed a lot of people in a lot places I see that era as an era that has a certain something that you can’t explain. There is something intrinsic, something inherent in the ingredients of that era’s music. It’s just the most feel-good music of all time. People will always connect with it.

L+T: Give us five feel-good records that will always get the party started.
DJC: I’m going to redefine your question. I’m going to give you five of the records that inspired my album that are also sure to get the party rocking. I’m going with “Don’t Stop ‘Til You Get Enough” by Michael Jackson, “Got To Be Real” by Cheryl Lynn, “Let’s Groove” by Earth, Wind & Fire, “Never Too Much” by Luther Vandross and “Do, I Do” by Stevie Wonder.

DJ Cassidy’s Paradise Royale will be available in May.