Few eras of music have been able to capture the ears and hearts of a nation the way Motown did during the 1950s, ’60s and ’70s. The immense reach of the music is fully apparent at Motown The Musical, which has broken almost every Broadway box office record since opening in April 2013, drawing rave reviews and diverse, sold out audiences every night to see the story behind the music that many grew up on. Based on the book by Motown founder Berry Gordy, To Be Loved: the Music, the Magic, the Memories of Motown, directed by Charles Randolph-Wright, choreographed by Patricia Wilcox and Warren Adams, and featuring over 50 of the record company’s biggest hits, Motown The Musical magically re-captures the Motown sound at New York’s Lunt-Fontanne Theatre.

Here, Life+Times talks with Randolph-Wright about the play and the power of Motown. 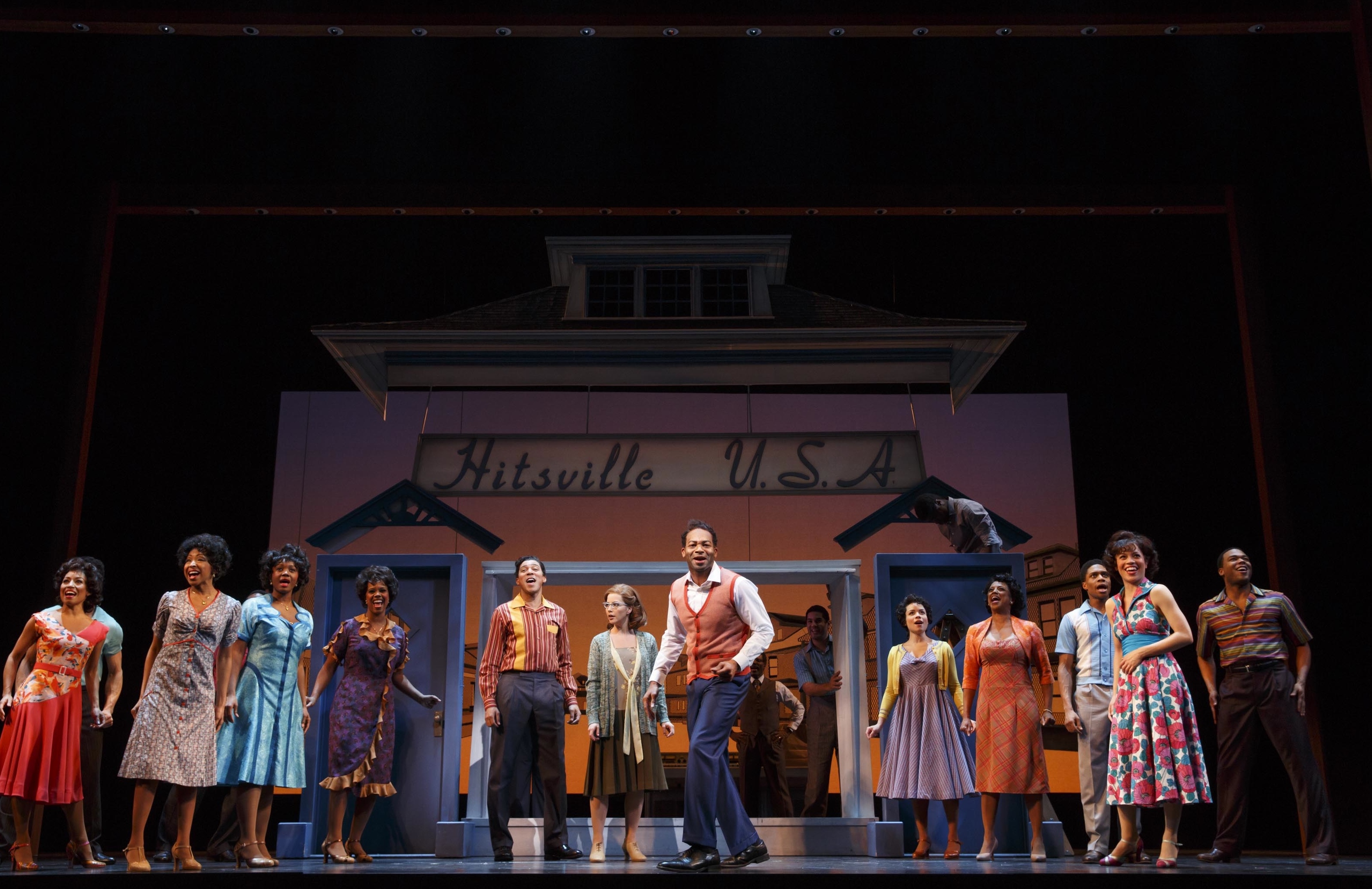 Life+Times: What role did Berry Gordy and his book have in helping you prepare the musical.
Charles Randolph-Wright: Well he has always wanted to tell his story. He wrote a book, To Be Loved, many years ago, which was his duty because most of the big Motown artists, they all had their book. But this is his story and he’s always wanted his story live. He always wanted not as a film or TV miniseries or that type of thing because he loves what happens live and the decision of the show we created. The original script had 100 songs and I loved every song – it’s Motown, so you have to – and was thinking, “How do you tell this story? How do you tell this story so that the audience gets Berry’s journey, but the audience is also able to take their journey at the same time. I think that’s something that [I see] when I watch audiences responses to the show. I see that we’ve accomplished exactly that. Everybody has a different view of Motown – all audiences and people have their view. This is his [Gordy’s] story, his view, as the man that put it together.

L+T: What was the most difficult part of the story to leave out?
CRW: Many different artists coming to Motown had great stories. For example, Martha Reeves was a secretary and one day they needed someone to stand at the mic, and she did and she started singing and it was like, “Oh my god.” There are so many different stories for each artist, each artist could have their own musical. We really took form his view of how things were and certain stories we ended up taking out because it didn’t fit the trajectory. We started with his story of not wanting to go to Motown 25 and how that takes us back to the beginning and takes us through a real clear journey of why he remembers the things that he remembers. In that process, we just picked up key points. We wanted each story to have a musical counterpart, so that also helped us decide. Some things we had to take out just because of timing. The show couldn’t be any longer, we pushed it as long as it possibly could be. 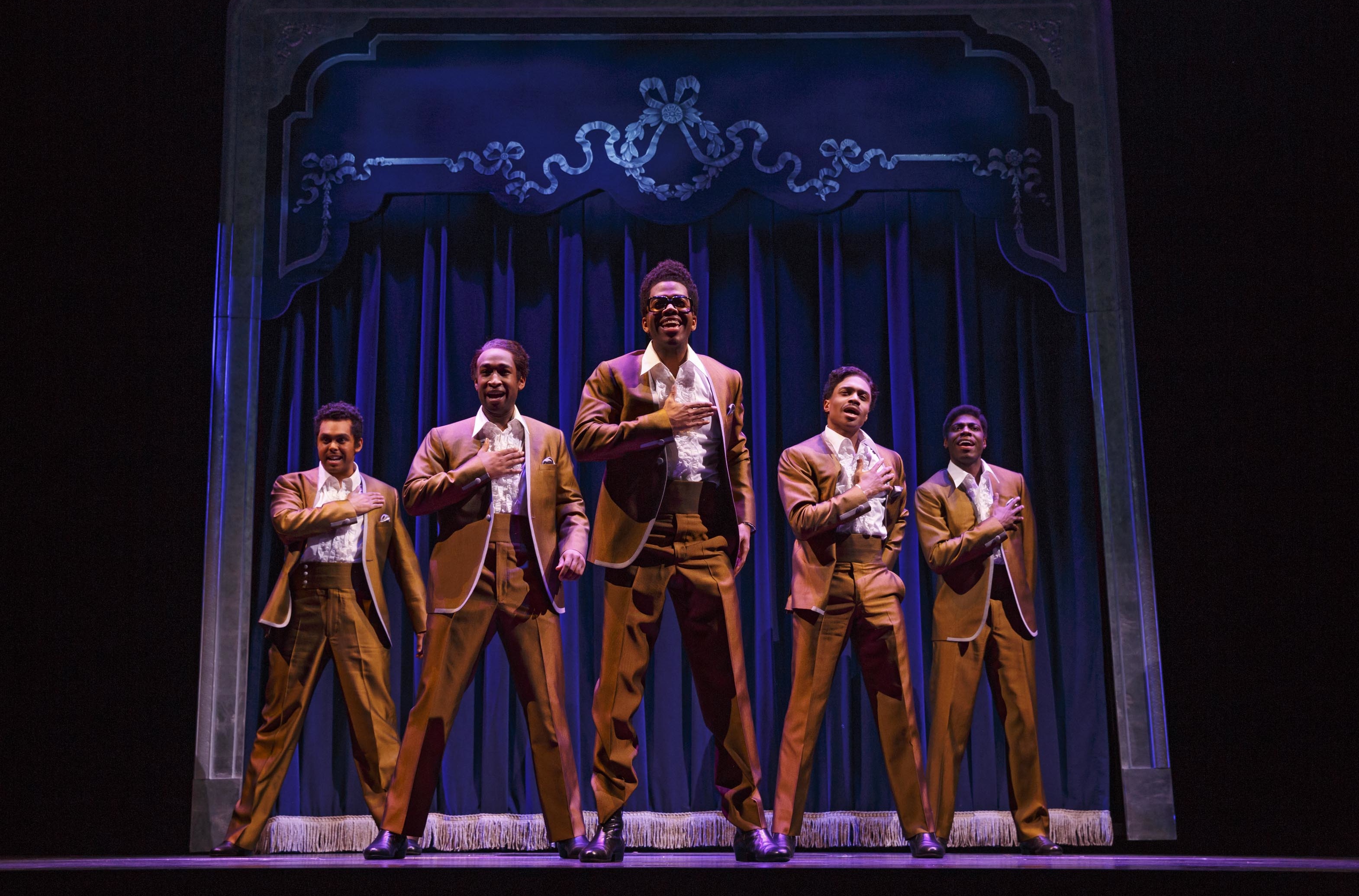 L+T: How has the response been from Berry Gordy and other Motown artists who have seen the show?
CRW: Opening night, we were taking a bow with the cast at the end of the show and I looked over and Diana Ross was coming on stage and she goes and hugs Valisia [LeKae] who plays her [in the musical]. Everyone on staged freaked out; we all wondered, because she was at the show, how would she respond, how would the stars respond to seeing themselves. Smokey Robinson then comes on stage, Gladys Knight comes on stage, Mary Wilson comes on stage, this is all at the curtain call on opening night – it was like Motown 25. Amazing. All these people who lived it gave us their stamp of approval. Stevie [Wonder] has seen it twice, Smokey has seen it twice, Holland-Dozier-Holland they’ve come twice, we had a Motown friends and family night where the people who worked at Motown, not just the stars; the secretaries, the lawyers, the representatives, they came and the actors got to meet their counterpart. So many of these actors who were there playing met the people that they play. The audience response is always the most important response to me. Number one, I wanted to do the show that Berry Gordy wanted to present. It was my job to make it into a musical and make it Broadway. He wrote the script for us to work with him and we wanted to work with him to take his vision and make it this Broadway show. Once you do that, how does the audience respond? And from our very first show, we have not had an empty seat. We’ve broken every imaginable box office record, it’s been incredible because of the audiences that come.  But it was also imperative to me that the people that this is about, that this was authentic to them.  And every single person that I’ve met, they all would say to me, “This is it, you nailed, it’s accurate, that’s how it was.” Diana Ross said to me after the show, “I’ve never seen my life from the outside, it’s like watching outside-in.” Because they all came when they were kids. She was 15, Smokey was 19, so you see them take that journey, you see them become the icons we know them as. The advantage of having Berry Gordy around was that he knew them when they were kids, so we were able to build that in these actors. It’s a hard task playing people that are so well-known. You don’t want to just impersonate them, you want to believe that this is them. You have to honor them that way and honor the people that are gone. You want to honor these great people. That was very important to us that we did properly pay homage to our idols.

L+T: A big crowd favorite was the young Michael Jackson. Talk about how you came across those young actors and the job they’ve done.
CRW: We did auditions all over the country, people sent in videos, we went to different cities and Jibreel Mawry sent us a video but he also auditioned for us in person, and he and Raymond Luke, Jr. – the two young kids who play Michael [as well as young Stevie Wonder and Berry Gordy] – they came in with that star quality. You have to have a star quality, you can’t be Michael because there’s only one Michael, but you can have your own star quality. And I think when that quality comes out on stage, it resonates with people. They feel like they see Michael because they’re seeing that star and that power. That’s what I looked for, someone who had that magic. Michael Jackson is one of our greatest entertainers of all time, from day one he had that magic. Hopefully, the show will be running for a long time, so we will be in a constant search for Michael.

L+T: What’s your personal relationship with Motown? Is it something your parents played, something you grew up listening to?
CRW: Not only was it music – I grew up with in the South that was very segregated and Motown was the music that became the common denominator. The school’s were merging, this was the music that everyone started listening to, so it was the only common ground we had and it enabled people to communicate. It’s not just music to me, it’s a movement. It was the emotional door to civil rights. Obviously, I wanted to be Michael Jackson like everybody. But I also, as a kid, idolized Berry Gordy because here was this man of color who had his own company, and he made the rules and called the shots. You knew that as a kid, that there were very few Black men doing that. He had such an impact on me because I thought this one person changed the world and that was very influential. So, Motown is very, very levels [deep], not just the great music.

Get more information about Motown The Musical here.