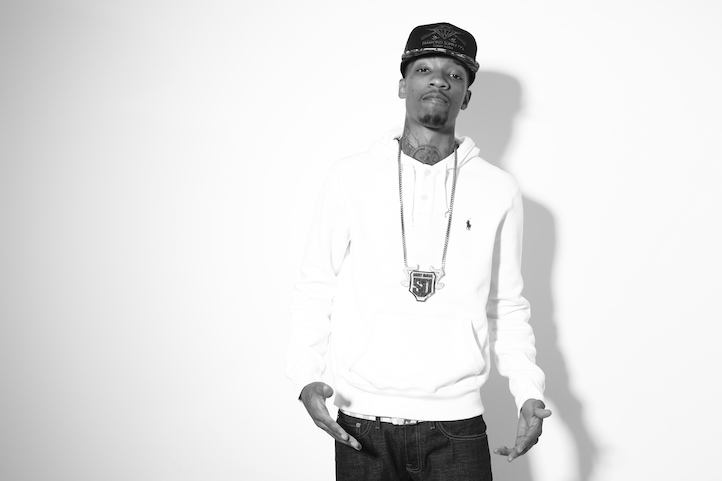 In an era where most producers are mostly focused on carving out a signature sound and being overly attached to their respective sound, versatility has been one of Sonny Digital’s keys to success. “Everything should sound different,” explains the producer who first gained notoriety for producing the Future-assisted top 40 smash, “Racks” for YC. Following the success of his initial chart-topper, Digital went on to craft the beats that would later become singles like Future’s “Same Damn Time”, 2 Chainz‘s Kanye West-collab, “Birthday Song” and Beyoncé‘s trill anthem, “I Been On.” His most recent hit, ILoveMakonnen‘s breakthrough record, “Tuesday” has been nominated for a Grammy.

Ironically, that diversity in which Digital has displayed throughout his countless productions and in which has brought him tons of success has also, in his opinion, hindered him. He explains his thoughts on being underrated by saying, “I think part of why people underrate me is because my beats don’t be really sounding the same, so it’s hard to pinpoint a sound for me.” Despite having had put in more than enough work to maintain relevance over the last few years, he still feels that he hasn’t quite gotten the recognition he rightfully deserves and he’s ready to do something about it. “I’m just at that point in my career where I’m trying to get out of that underrated box, because that’s not a box I want to stay in,” he jokingly admits. Life + Times recently chopped it up with Sonny Digital about producing, rapping and being underrated.

Life + Times: Congratulations on your Grammy nomination for IloveMakonnen’s “Tuesday.” How did you first link up with him?
Sonny Digital: Metro Boomin was the one that actually plugged us together, but I had been looking him up online for a minute. Metro happened to run into him before I did. I think he ran into him at the studio and just brought through to his crib. We started working from there.

L+T: You co-produced Beyonce’s “I Been On.” What was that experience like?
SD: You see, I produced on a Beyonce record and I don’t get any kind of motherfucking love for that shit [laughs]. The way they put that out was kind of confusing though, so I can see how that confused people. It was two songs and the first half was “Bow Down” and the second was “I Been On.” From my understanding, it was me, Polow Da Don and another producer named Keys that worked on that beat and Rock City had wrote the song. Polow had been wanting me to come to his studio for a minute. The first time I had went down to his studio he had this one sample that he had wanted to use. He gave me the files and shit to take home, but I may have cooked it up right there. We were trying to get it to Rihanna originally, but I guess they had stopped taking records for her album like that next day. But you know Polow, he’s connected with all these big people like Timbaland. I guess Timbaland put the record in Beyonce’s hand. That’s how that record came about. It’s pretty cool to have something like that under the belt.

L+T: You’re currently in the studio with Travi$ Scott working on his debut. How has it been working with him?
SD: Cool. I really don’t want to speak too much on it until after we get it all the way done.

L+T: Who are some of the other artists you’ve been working with?
SD: I’ve been around the block a few times and I’ve seen a few people come and go, so working with the major artists isn’t really as exciting as it use to be. I’ll work with the people that are trying to build something up. I’m really more into working with the next generation.

L+T: Speaking of working with the next generation, who’s an artist that’s up next that you’re either working with or wanting to work with?
SD: Right now I’m still looking. They always pop up on the radar and I always catch them before they pop, so it shouldn’t be too long before y’all are able to hear something. Just watch out when I say a nigga about to blow, because usually that shit happens. But other than working with other artists I’ve been working on my own stuff.

L+T: In regards to your creative process, do you approach being an artist differently than you approach being a producer?
SD: To me it’s the same feeling. There ain’t really nothing different. You got to understand that I’ve been making beats for a long time, so there’s been one or two times where I recorded some shit. This ain’t really anything new. It’s already been in me, but I’m just putting it out there for the public to hear. I can say that the records that I produce for myself don’t sound like the stuff I make for others. When you check my music you’re listening to something you ain’t even expect to listen to. What’s most surprising is that people be thinking that the music is actually going to be wack. I’m like listen, I actually know how to put together songs [laughs].

L+T: Why has now been the right time for you to present this other side of you?
SD: That “Tuesday” record put a lot of shine on what I got going on. I have to take advantage while that door is opened, because you never know when that door will open back up. But even if that record wasn’t out I would’ve still done it the exact same way.

L+T: In the past you’ve mentioned that Shawty Redd and Drumma Boy were early influences for you. Who are some of the other producers who have had an impact on your production style?
SD: Really, just all of my peers. Everybody that I work with. We all know something that one of us probably don’t know. I look up to them and it’s vice versa. We all just learn from each other. All of the creative people like Metro Boomin, Childish Major, First FKI, Travi$, Kanye and others, who are willing to think outside of the box and push the limitations inspire me.

L+T: Who do you have the best creative chemistry with?
SD: I don’t really attach myself to or hang around too many rappers. When I go to the studio really all I do is go in there and drop the beat off and keep it moving. The easiest person to work with is yourself, because the only person that can fully understand your ideas is you. So to be completely honest it’s easiest to work with myself. I can do that shit all day. But I don’t know, as far as rappers, it hasn’t really been hard to work with anybody, especially the ones I’m already friends with. That makes it that much easier.

L+T: What’s one record you produced that you thought could’ve been bigger?
SD: There are a lot of those. That “Covered N Money” by Future to me is like “Same Damn Time” on steroids. I’m not sure of the exact situation, but that record wasn’t put out there like how it could’ve been put out there.

L+T: Why do you feel like you’re underrated?
SD: I know I’m underrated. I know that for a fact, especially when I see how people react to some of my records. If the listeners are surprised by what I’m doing with the records I’m producing, then I know I’m underrated, because that’s easy work for me. I honestly don’t know what it is. I’m the coolest person. Maybe I’m too cool. I really be chilling though. I don’t know if people be taking that the wrong way and stuff. I’m not a loud ass or all the way out there type of person. Also, I think a big part of the reason I’m underrated is because I’m not really attached to anybody or any clique. Sonny Digital is just standing by himself. It ain’t like I’m signed to an artist where I can just get songs with them. I don’t have that option open. I don’t get them shoutouts. You know what I’m saying?

L+T: In an interview with The Fader you spoke on how you believe Atlanta’s hip hop scene is nearing the end of its trap era. Where do you think the sound of Atlanta is going next?
SD: I think Atlanta is about to get back into that fun music. The music is going to sound fun again. I think even dance songs are about to start coming back. Bobby Shmurda done already opened up the door. People don’t really know this, but Atlanta is really a dancing ass city. Every year there’s a new dance in the city that everyone is doing. For a while everything was just trapped out and extra hard and shit, but I believe the trap shit is basically done. It’s like the people that are successfully doing it now are the ones that are going to be okay, but if you’re trying to hop on that wave now you’re way too late.