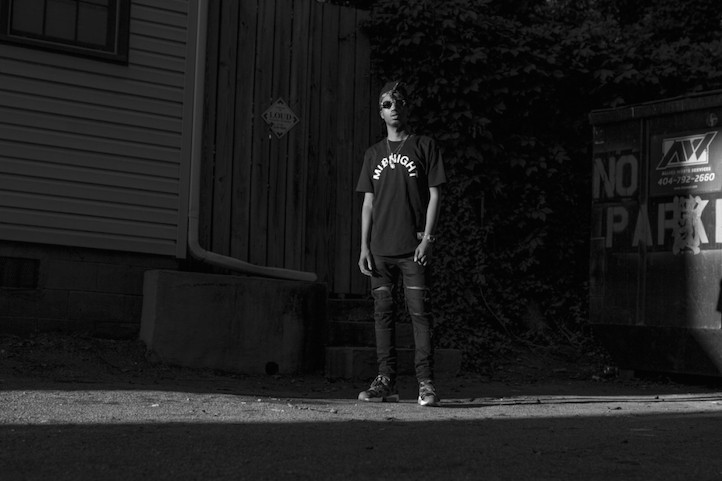 The tagline, “Metro Boomin want some more” has popped up on some of 2014’s most buzzed-about hip hop releases. That tagline, which can be heard on beats produced by Metro Boomin, has accompanied songs found on albums, mixtapes and EPs released by the likes of Ty Dolla $ign, Future, Travi$ Scott, Migos, YG, and 2 Chainz. Since landing his first major placement while still a student in high school, the 21-year old producer has steadily been rising the ranks among in-demand producers, especially after he produced the Kanye West-assisted single, “I Won” for Future and co-produced ILoveMakonnen‘s “Tuesday,” which received the remix treatment from Drake. Up next for the Atlanta-based producer is executive producing Future’s soon-to-be released mixtape, EVOL, and Metro Thuggin, the collaborative album featuring Boomin along side Young Thug.

Life + Times caught up with Metro Boomin to discuss working with Wiz Khalifa, Future and Young Thug, collaborating with other producers and being influenced by the sound of St. Louis.

Life + Times: Were you surprised that Drake hopped on the remix to ILoveMakonnen’s “Tuesday”?
Metro Boomin: I was surprised, but it was something that I could see coming. Drake had been posting pictures quoting Makonnen. I know that when Drake likes something he wants to be a part of it. It was a good surprise though. It was something nice to wake up to.

L+T: You co-produced “Tuesday” with Sonny Digital and you’re known to have collaborated on tracks with producers such as TM-88, Southside, DJ Spinz and Zaytoven. Why are you so opened to collaborating with other producers?
MB: In certain situations there’s nothing wrong with having another set of ears. Someone might hear something you don’t hear. Two heads can be better than one.

L+T: What can we expect from Future’s EVOL?
MB: Man, we are on this street shit. That’s what we are on. The tape is going to be on some street shit, because that’s how we are feeling.

L+T: How’s the Metro Thuggin project coming along?
MB: It’s crazy so far. All of the transitions and fine tuning together is making the project a real movie. There’s only like two more songs to mix. Then we have to master the whole thing and just put it out there. I’m real excited about people hearing it.

L+T: You seem to have a real creative chemistry with Future and Young Thug. Why do you think you gel so well with them two?
MB: They work similar. I’m used to the way they both work. We all just adapted to the way each other works. I respect their creative minds and they respect mines.

L+T: What was it like working with Wiz Khalifa on his 28 Grams mixtape?
MB: Wiz is a cool dude. He’s got a great vibe. He respects my craft. He’s definitely easy to work with. He also smokes a lot of weed [laughs]. Recording with Wiz is like a little party. It’s never anything too crazy. It’s just a great vibe and great energy. I definitely fuck with that.

L+T: What was the first track you produced that made you feel like, “Wow, I’m officially a producer”?
MB: There are a lot of different points like that at different levels in my career. One of the earliest significant moments was when I produced “Four” from Jeezy’s The Real Is Back mixtape. I was in like 10th grade at the time and that shit had dropped on the last day of school. I knew the song was going to go on Jeezy’s tape, but just me going to LiveMixtapes.com during the last class of the day and seeing in the credits “produced by Metro” was crazy. Jeezy has always been one of my favorite rappers, which made it even crazier. That’s a milestone that I’ll never forget.

L+T: How did you get into production?
MB: I started off wanting to rap. I needed some beats at the time, so I just started off making them. Then I didn’t want to rap anymore and started focusing more on making beats.

L+T: How involved are you in the overall direction of the songs you work on? Do you only provide the beat or do you also help come up with song concepts and lyrics?
MB: I ain’t going to stunt. I help with concepts and lyrics as well. I’ve done did some shit, but I’m not the kind of nigga to say “Yo I wrote on this record.” That’s not for anybody to know. It’s just produced by Metro Boomin, which should say enough. It says I produced the record, not that the beat was made by me. Me producing a record could mean a lot.

L+T: Do you see yourself transitioning more into songwriting at some point?
MB: I mean it’s not a bad idea at all. If you’re producing and writing a song all you’re doing is multiplying your money, by a lot. I think about someone like The-Dream. It’s like if you got it then why not go for it, right? People have talked to me about that, but for now I really want to focus on what I’m doing and just do it the way I’ve been doing it. It is a possibility though. I just wouldn’t want to be an artist. That’s something I definitely don’t want to do.

L+T: In your opinion, how has growing up in St. Louis shaped or influenced your production style?
MB: In St. Louis we like bass in our shit. We like stupid-ass hops, bounces and basslines. We like loud ass music in St. Louis. It has to be booming.