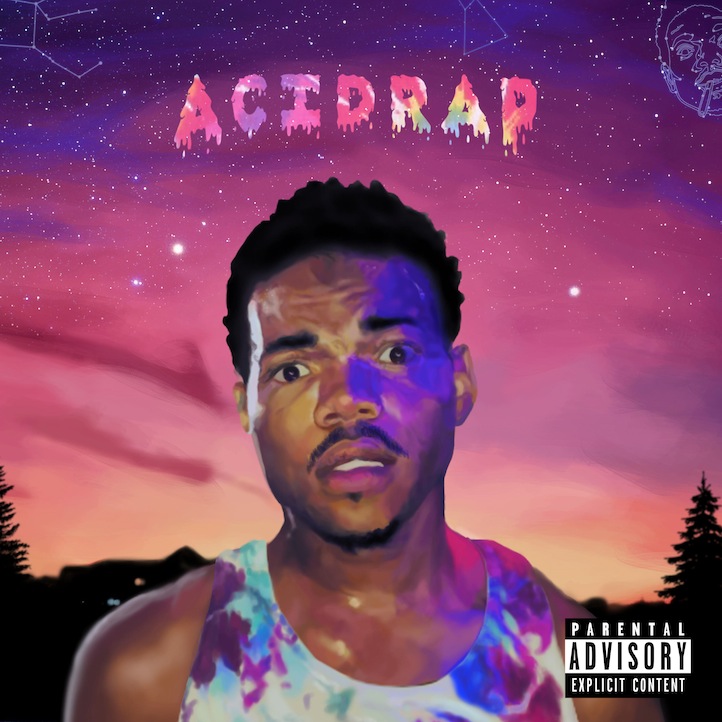 With the recent release of his Acid Rap project, Chicago’s Chance The Rapper has been one of hip-hop’s heaviest trending names over the past few days. Roughly a year after his debut record, #10Day, features, videos and dope raps helped build anticipation for Acid Rap the sophomore tape didn’t disappoint.

Life+Times caught up with the 20-year-old rapper to talk about the Acid Rap release.

Life+Times: How has the reaction to Acid Rap been so far?
Chance The Rapper:
It’s been ridiculous. People have been showing mad love for the tape. I’ve been getting hit up by some of my favorite producers and artists with their appreciation for the tape, and intentions of working with me. It’s a surreal feeling, you know. It’s like a paper I’ve been writing forever and I just got a A. I never could have expected it to be this big, but I knew it was gonna be something important.

L+T: Talk about the difference in anticipation for this project as opposed to #10Day before.
Chance: This project was polished by #10Day. #10Day was important in setting up everything that needed to be in place for future projects to be relevant and important. Going into 10 Day, it was me making my come-out album. Acid Rap was like me making a comeback album. But it’s funny because a lot of people haven’t heard either one yet. So it’s like I over-prepared for both joints.

L+T: What helped you grow the most between #10Day and Acid Rap?
Chance: So many different things between the artists that helped me make it, the producers that were there, the writers that I’ve been getting close with over time. Really just time. In time, there’s a lot of things that go on, and it was an entire year span between finishing recording and dropping #10Day, and going into dropping Acid. The touring, all the videos, all the nights that I’ve spent recording. It was just a culmination of all of that.

L+T: Where did your signature yell come from?
Chance: It’s spelled “igh.” I was in L.A. going to mess with this promotional company that’s actually based in Chicago. Me and Mikey Rocks were out there. It was when I out first met him for real. We were staying in the same crib in L.A. when we were talking to this label. This is like February 2011. We’re working with this label who was courting us and had us in studios. One night they put us in a studio – I was recording in one room, Mikey was in the other joint – and I was recording what ended up becoming the intro for #10Day, a song called “14,400 Minutes.” Mac [Miller] just walked into the studio randomly. I was like, “ahhh.” As a rapper, you don’t always know what to do when you see somebody that you’re a fan of. It’s kind of a stigma in rapping where you think you gotta give them a CD or perform your craft in the best way possible. It’s weird. I got a little nervous. I asked to do one more take. I was going through it and in the beginning, I started do the scream. “Igh, igh, igh!” until the verse came in because I was nervous and a fucking weirdo [laughs]. I don’t know why I made that sound, but I did it for a minute. Finished the verse, then I came outside to tell them let me hear it back. I was like, “Cut all those screams at the beginning off of it,” and it wasn’t even Mac, it was his homie Jimmy, he held me down with the suggestion to keep the igh’s on the beginning. It was really him. I kept it on the track, then came back to Chicago and recorded a couple other tracks for #10Day before it was done and added that, now it’s my shit.

L+T: What does national attention and working with prominent artists do for your confidence?
Chance: It’s something that’s a little bit self-affirming, like, “Yeah, I’m doing this. This is my real career, I really work at this.” Artists, for the most part, are very talented at what they do, because it’s their job, it’s their craft and it’s all they work at. You really get to see that when you’re making a project, like working with Twista, working with Donald Glover, specifically. Donald Glover, Childish Gambino is actually a vocalist. He did background vocals on some of the tracks but he’s not credited for them. These dudes make music, and they’re making music to make music. It’s about making the song as good as possible. There’s always hands in shit that people don’t always know about, but they really perfect the record and make it a good song.

One Response to Chance The Rapper Speaks On “Acid Rap” Release