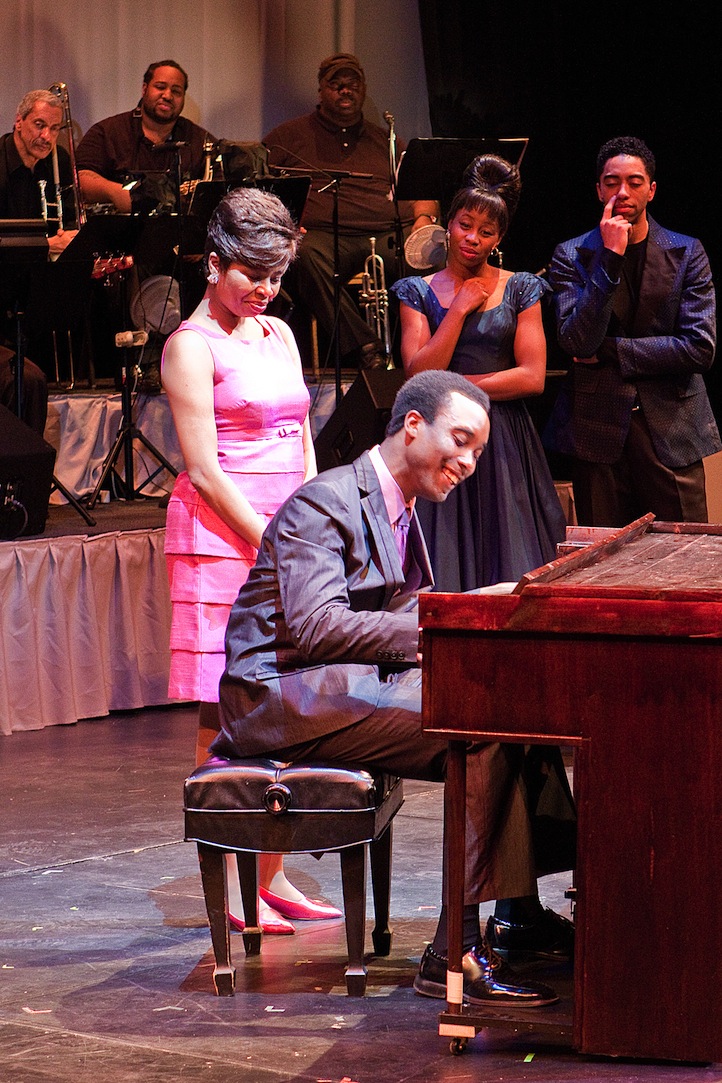 Marvin Gaye led a complex life. It’s something that’s perhaps best exemplified by his following up his socially conscious “What’s Going On” with the provocative Let’s Get It On. From his music to his personal life, his moods spanned from depressed to exuberant and everything in between. Difficult as it may seem to capture his wide ranging personalities, Chicago’s Black Ensemble Theater does just that with their current production, The Marvin Gaye Story: Don’t Talk About My Father Because God Is My Friend. Centered around Gaye’s turbulent relationship with his father, the Marvin Gaye Story, written, directed and produced by Black Ensemble Theater founder and executive director Jackie Taylor, shows the soul pioneer evolve from his early days with Harvey Fuqua and The New Moonglows through his 1980’s move to Europe and return to the States. Rashawn Thompson assumes the role of Marvin Gaye, and does a fine job embodying the legend in the play, which features several of Gaye’s top hits, including “Pride and Joy”, “I Heard It Through The Grapevine” and “Sexual Healing.”

Life+Times caught up with Taylor and Thompson to discuss the latest production at the Black Ensemble Theater.

Life+Times: Talk about the goal and purpose of the Black Ensemble Theater, and why Marvin Gaye was selected as the subject of your latest production.
Jackie Taylor: The mission of the Black Ensemble Theatre is to eradicate racism, to reach cross-cultural audiences and to provide consistent employment to African-American artists. Also, it is our mission to preserve our history and to perpetuate the space of African-American people in our stories. So of course, Marvin Gaye is an icon. He’s one of our artists who have contributed in such a way that has changed the course of the recording industry and delivered some very important messages to our people. Of corse, it just makes sense that Marvin Gaye would be one of the legends we celebrate and honor. 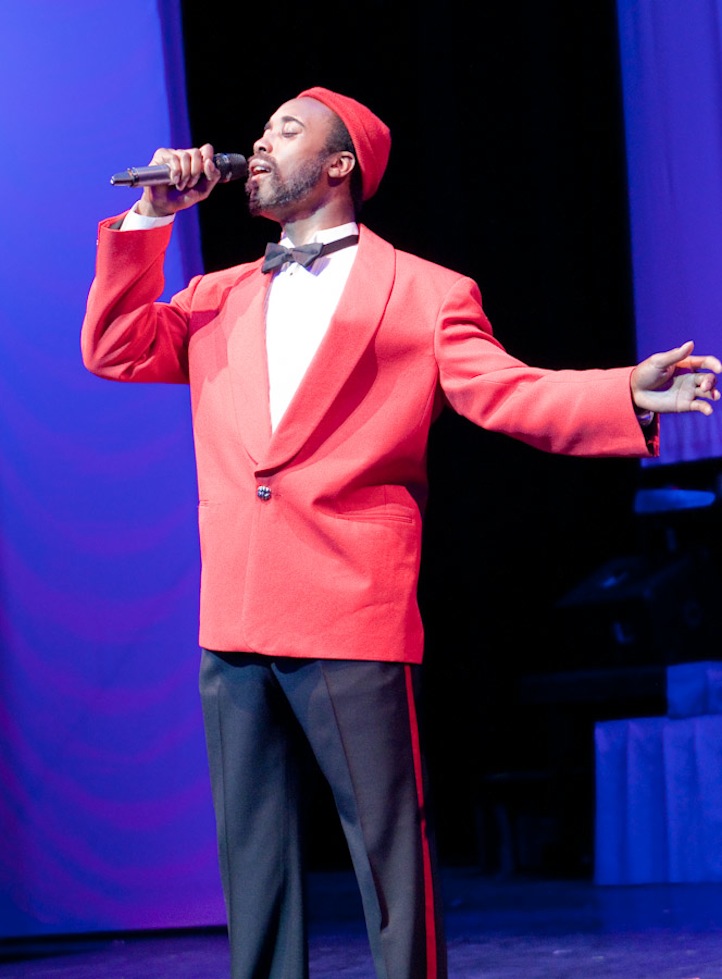 L+T: What kind of research did you all have to do, and who did you talk to in preparation of the play?
JT: We always do in-depth research on everything. We don’t do anything without first understanding and knowing what we’re talking about. Marvin Gaye had about 15 books written about him and I read all those books. I also talked with Jan Gaye, his ex-wife, and did research on the internet in terms of magazine articles and interviews that he did.

L+T: Marvin Gaye is one of the most revered stars of the Black community – and American history in general – so how, if at all, did that affect how you all portrayed him?
JT: All plays at the Black Ensemble have to be uplifting. They have to be celebratory. And in writing the play, that is the essence of what I wanted to do. I didn’t take into account the fact that Marvin Gaye is loved by the masses. I took into account what the purpose and mission of the Black Ensemble Theatre is, and that’s what guides how I shape my production.
Rashawn Thomas: Marvin Gaye was a difficult person to portray, but I did my research. I looked at all his interviews, I read some things on him, I read some things on his family, some deep stuff. I studied him from day to night, all day, everyday. I got him down to a tee because I wanted them to feel like they were really looking at this man. I wanted them to forget that it was Rashawn Thompson doing the part and I wanted them to know that this was Marvin Gaye on the stage. I just wanted to bring those memories back for those people that actually remembered him.

L+T: What’s been your favorite of his to perform and why?
RT: My favorite song is “Pride and Joy.” It’s a fun song, I love the beat and tempo of it. It’s a loving song, it’s happy and joyous. It’s just a real fun song and I feel that the audience is having fun with it too, so it’s not just for me, it’s for the audience as well. 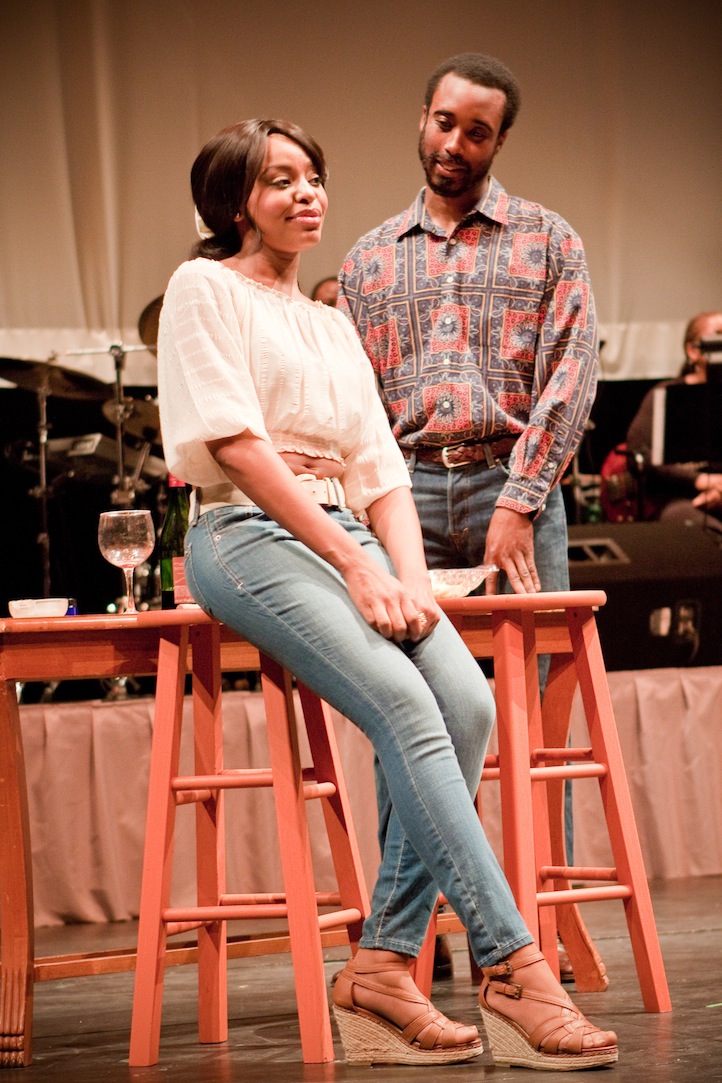 L+T: What stood out about Rashawn that pushed you to select him for the role, and Rashawn, how did you react upon finding out that you got the part?
JT: Rashawn is a highly talented young man. He’s very centered, focused, professional, committed and dedicated. He has a talent where he can manipulate his voice to sound like almost anybody, so it was a natural choice. I needed someone of Rashawn’s caliber on a professional level and a talent level.
RT: When I’d heard that I got the part, when she announced that I was casted as Marvin Gaye, I was surprised, nervous, excited, all of the above. I knew it was time to work. I am professional and dedicated, but I knew I was going to have to do a lot of work, and I’m still working. The whole process was fun and I love it.

L+T: What’s coming up next at the Black Ensemble Theatre?
JT: The next play is called “One Name Only”. It’s written by our associate director Ruben Echoes, and it features the hits of the divas: Aretha [Franklin], Gladys [Knight], Patti [LaBelle], Whitney [Houston] and Chaka [Khan]. After that, we have our staple production that we’ve produce every two years since we started the Black Ensemble Theatre 35 years ago, and that’s “The Other Cinderella.”

The Marvin Gaye Story: Don’t Talk About My Father Because God Is My Friend runs through July 29th at the Black Ensemble Theater in Chicago.