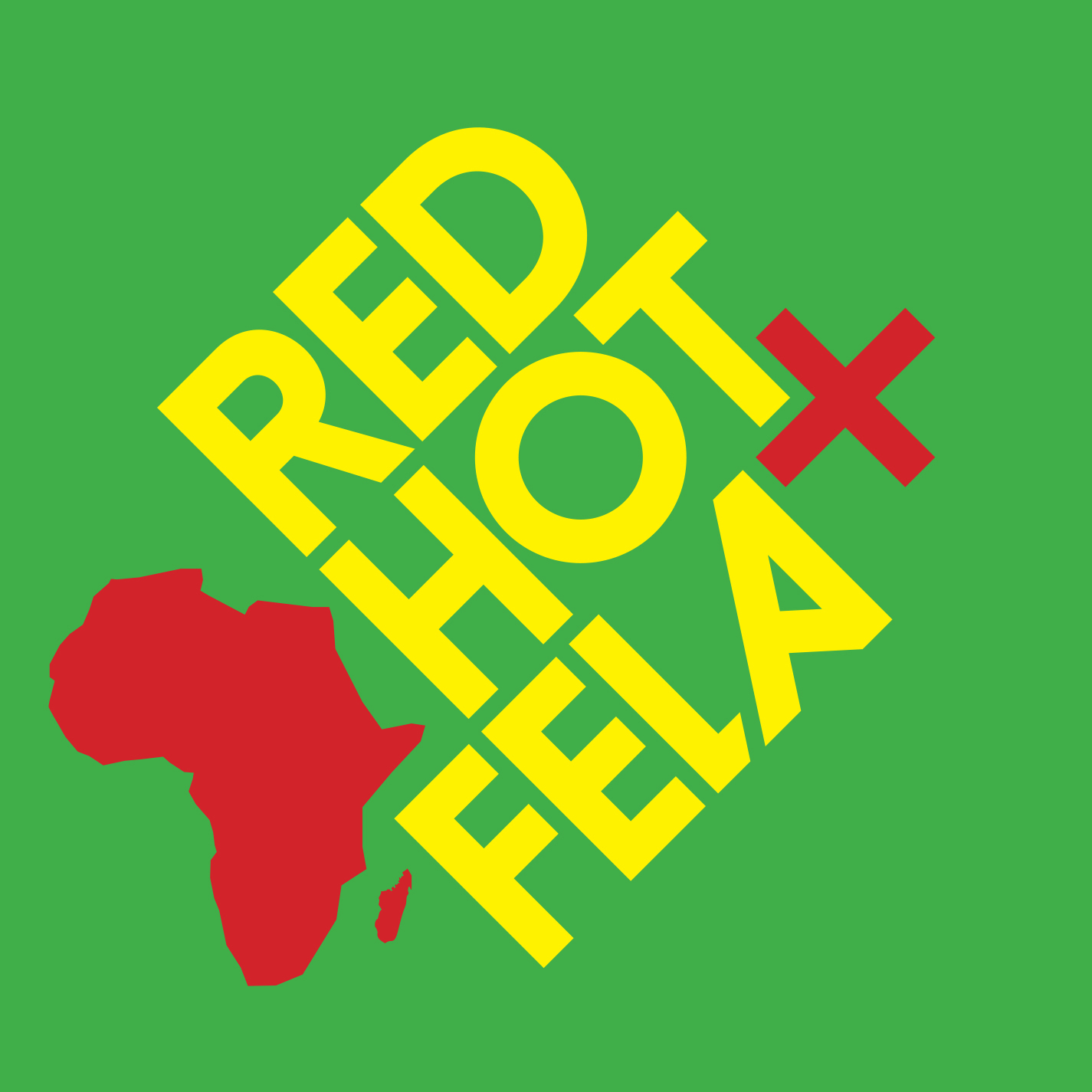 A decade ago, Red Hot, the world renowned not-for-profit organization “fighting AIDS through pop culture,” released Red Hot + Riot, a compilation album centered around the life and music of Afrobeat pioneer (and AIDS victim) Fela Kuti. At the time, Kuti, the “African James Brown,” was relatively unknown to many. 10 years later, Kuti’s legacy has grown immensely, thanks in large part to a tremendous run on Broadway with FELA Live! It is on the heels of that success that Red Hot has decided to revisit Fela for another compilation. Red Hot + Fela (available now), the 18th album in the series that began in 1990, contains features and reinterpretations from a diverse cast of individuals, including Questlove, My Morning Jacket, Kyp Malone, Childish Gambino, M-1, Chance The Rapper and others.

Not only have many of the albums received prestigious critical acclaim, but they have raised over $10 million in the name of raising awareness and fighting HIV/AIDS. Life+Times talked to producers Anthony Demby and Paul Heck about curating the latest edition in the series, Red Hot + Fela.

Life+Times: What’s your history with Red Hot? Have you all done other Red Hot albums, particularly the Red Hot + Riot, their first Fela project?
Paul Heck: I have been producing with Red Hot since about 1992. I produced their third record in the series called No Alternative and many others – about 10 actually – including Red Hot + Riot, which came out in 2002. In 2002, if you told me there was going to be a Fela show on Broadway, I would have laughed in your face. But funny things happen. Between that, meeting Anthony and a few other things, that was the inspiration to make this record. Within five minutes of meeting Anthony, I was like, “We should make a record together. We should make a Fela record together.” I wasn’t thinking about meeting a Fela record, but something about that encounter made me think, “This would be a fun guy to make a record with.” And it was.

Anthony Demby: My connection to Red Hot comes from just being a fan of the Red Hot albums. One of the first albums I heard was probably Red Hot + Cool and the hip-hop record America Is Dying Slowly, and I became a massive fan of what they were doing as far as collaborations and the cause. I had the pleasure of meeting Paul a few years ago through a mutual friend and we just sat down and chopped it up about music one day and we decided to make a record together.

L+T: How does this Fela compilation compare to the first one?
AD: Red Hot + Riot, in my opinion, was primarily an Afrobeat record. This time, with Red Hot + Fela, with Fela having the Broadway show, it’s become more relevant in the public eye. People are more in tune with who Fela was and we wanted to find a way to re-communicate his message with different artists taking different approaches to the music. Every artist we chose was from a different genre of music and we never boxed them by saying, “we want you to sound like this.” We gave them creative freedom to take Fela places he had never been in their own unique way. There’s Afrobeat moments in the music on this album, but there’s also indie-rock moments, soul moments, etc. We take it in different directions this time around.

PH: Riot was made much closer to the actual life of Fela and it was a real moment of discovery. To get into the music and to play Afrobeat was just a tremendous thrill. One of the differences is we’re 10 years later, and with a lot of these artists it’s not a matter of discovery, Fela is in their DNA. So it’s deeper within who they are as artists, it’s not like trying something out for the first time and being like, “Wow, this is really cool.” No, we’ve been living and breathing this for the last 10-15 years. It was exciting for us to hear the directions that people would take. The only way to pay homage to something, to a classic, legendary songwriter is to do it in your own style. I think this record is a testament to that. 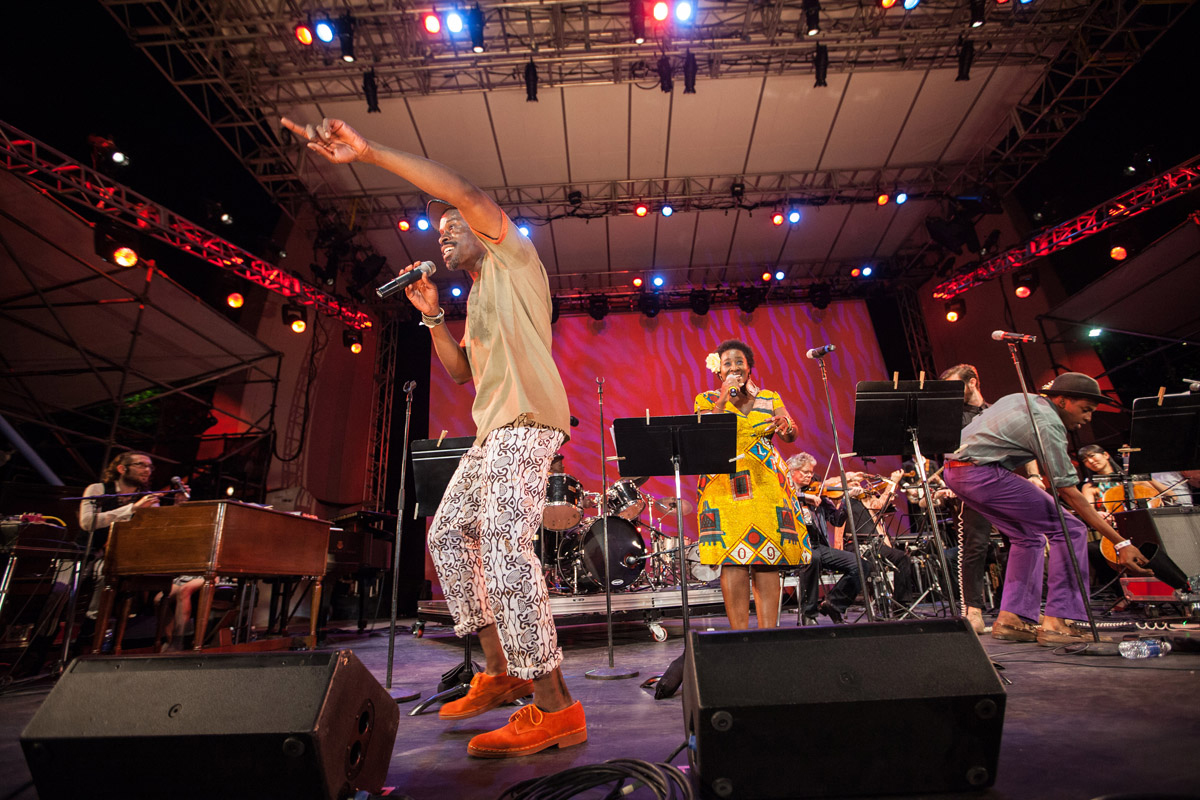 L+T: Expand on how you selected the artists that became a part of this project.
AD: Paul and I sat down and thought about different artists who we could hear had Fela influences in their music, and we had our own wish list, as well. We kind of set the course that way and thought, “Who would we want to hear take on a Fela song?” Also along the journey, a lot of artists that we did not reach out to came to us and wanted to be involved in the project. A lot of artists are huge fans of Red Hot and wanted to find ways to integrate, and they’re huge fans of Riot. So they just basically came to our door step. We didn’t want to beg anyone to be one the project, we wanted artists who had a natural affinity for Fela and African music that way it would be the most authentic. Some artists wanted to bring their friends for the record to curate their own sound. For instance, Spoek Mathambo, when we spoke to him we told him, “We want you to show us who you feel the new sound of Africa is.” So he went out and found artists that he felt represented where Africa was heading sonically and brought them to the table as well.

PH: There’s certain artists you hear, like tUnE-yArDs, and your instinct tells you, “She’s gotta be a Fela fan. There’s just something going on in this rhythmically and vocally.” That’s the beauty of approaching someone like Merril [Garbus] and she’s like, “I love Fela, I’d love to be involved.” It just takes off from there. Like Anthony said, we’re not introducing Fela to anybody. We were sort of taking an educated guess based on what we heard and then presenting it to people. The excitement comes from where they take it. It really takes a team to make these records. Many of the artists appear on more than track or produced more than one track, so it’s very rewarding to me as a producer that people want to have that much invested in it and enjoy being a part of it. These things are hard. It takes two-and-a-half or three years to put these things together, long periods of frustration. Everybody’s busy, but when people came to it, they came with a tremendous amount of joy and love.

L+T: How did you all select which Fela songs to cover or recreate then? Or did you leave that up to the artists, as well?
PH: Stuart Bogie and Luke O’Malley, who really produced a chunk of the record – three of the tracks – have played in Antibalas for the last 10 or 15 years. Ironically, Stuart left Antibalas, so it was funny for us to come to him and say, “Let’s do a Fela record.” It was really just their personal favorite tracks. Certain songs resonate with certain artists. Baloji chose the song “Buy Africa,” – which even Fela kind of considered a throwaway song – but he found a deeper meaning in it for this moment in time and he wrote original lyrics to it which reflected the theme of Fela’s lyrics. It starts the album for a reason, because it’s so beautiful. That was one of the last tracks we got in. It really was the artists personal favorite tracks.

L+T: More than covers, these songs are totally recreated with a totally new sound to them, though you can still hear the Afrobeat. Talk about the challenge of finding that middle ground, making something new but still maintaing the integrity of the original music.
AD: I feel that every artist we chose had a tremendous amount of respect for Fela and his message, so they were all super-conscious of that going into the recording process. Paul and I never really gave them parameters to create in. Every artist felt like it was their dream. It was more of an honor for them than a task. So it kind of happened organically. Some songs needed to be redrafted or rewritten, but we were really impressed by the way people took it. King’s track, “Go Slow,” they took it in a Shugie Otis, Stevie Wonder kind of direction, but you can still hear that rhythm section that has the Afrobeat rhythm. Everyone added their touch while keeping that undercurrent, that rumbling of Fela’s Afrobeat.

PH: I chuckle because the most far out interpretations are, at the same time, incredibly faithful. “Sorrow Tears and Blood” written as a string arrangement for the Kronos Quartet, when you listen to that song, it is spot-on. It’s very, very faithful to composition. Fela was a lot of things, but none of it would matter if he wasn’t a brilliant songwriter and composer. These are not long, endless jams, they are highly composed songs. You can take a highly composed song and do a lot of things with it, like take it in an electronic direction like “No Buredi” or you could make a string quartet arrangement like “Sorrow Tears and Blood.” Those two songs are produced by the same two guys. They really understood and had Afrobeat in their DNA. The only way you can really re-interpret something is if you really understand it. As much as it’s totally different, seemingly unrecognizable, it shows a really brilliant and deep understanding of the music. I think it’s a great reflection of the diversity and how Fela’s music has gotten out to the world since his passing in 1997.