“I don’t think anybody can really know what it’s really like until you see it first hand,” says Jamie Patricof, one of the creators behind new HBO documentary, The Offseason: Kevin Durant. As the show’s title indicates, it is an all-access look into how the reigning NBA MVP spends his time between seasons; as Patricof suggests, it’s an experience best understood only after witnessing with one’s eyes.

The word offseason is a misnomer, especially as it relates Durant, who never took a day off that the cameras caught. “You’re going to like it,” said Patricof, who executive produced the one-off documentary along with Durant, Rich Kleiman and JAY Z. “Basketball fans, kids who play basketball, parents, people who don’t know Kevin Durant are all really going to enjoy it.” Life+Times spoke with Patricof about The Offseason: Kevin Durant, and his new appreciation for the grind of a professional athlete. 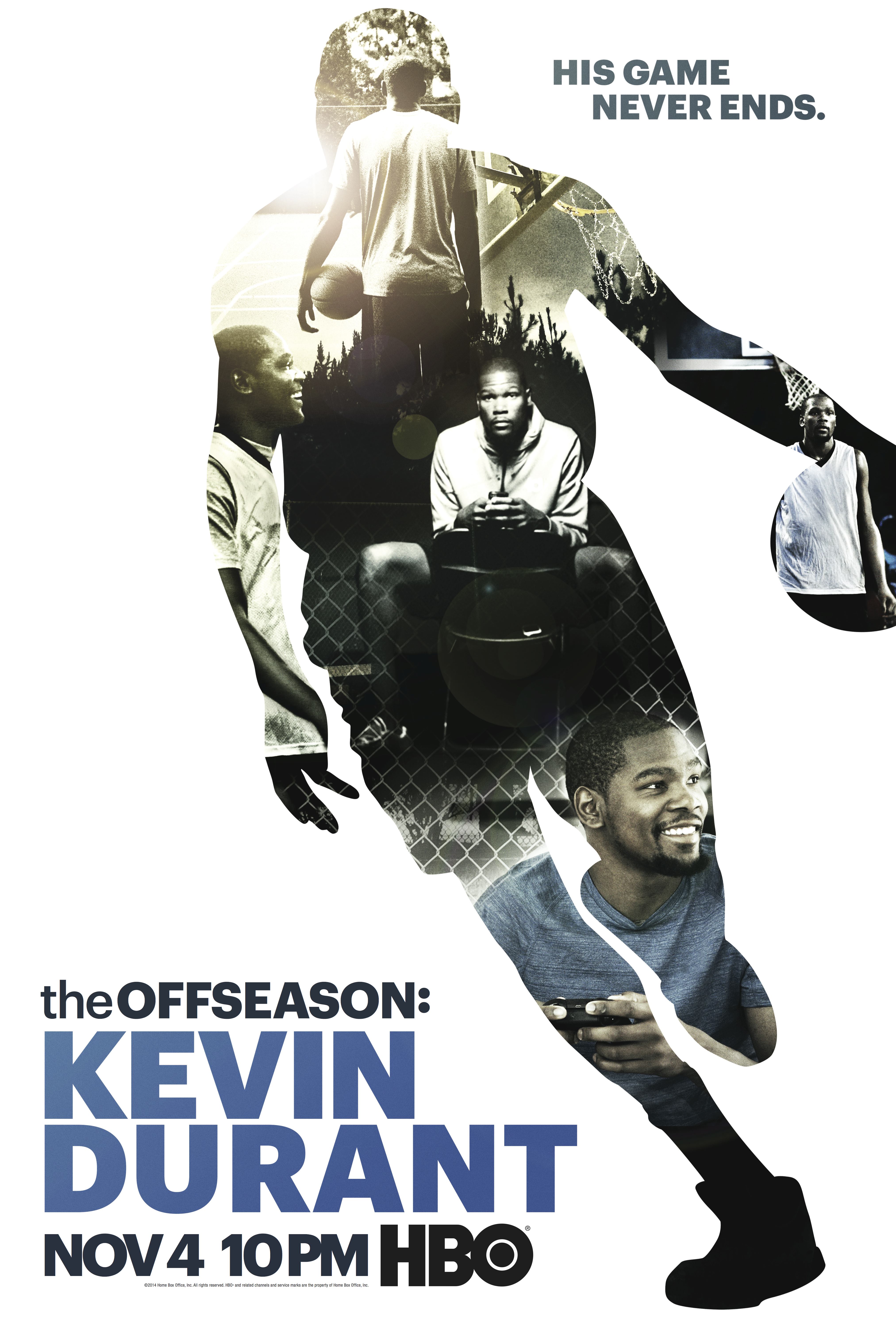 Life+Times: This is a new special for HBO. Where did the idea come from and how did you become involved.
Jamie Patricof: It was a combination of timing. I had had the idea to look at an athlete’s offseason for a while and at the same time, Rich Kleiman – Kevin’s agent – had been talking to Kevin about a similar idea relating to Kevin and his offseason, in particular. Rich and I have known each other for a while, so we got together and basically Rich, Kevin and myself came up with the idea. Ultimately, Rich and Kevin pitched it to HBO and it just went from there.

L+T: What made Kevin a good person to feature on the show?
JP: Well, one, him being one of the best basketball players in the world, there’s a fascination with that. I think also, the fact that he’s everywhere – four-year-old kids wear Kevin Durant sneakers and grandparents know who Kevin Durant is – but up until the MVP speech last year, nobody actually knew who Kevin Durant was. Even after the MVP speech, I bet if you ask 90 percent of people they wouldn’t know he’s from Seat Pleasant, Maryland even though he’s talked about it. He’s just not as well known as some other guys, so it gave the opportunity to shed some light on an athlete of his caliber that [still] has this mystery behind him. That made for a very exciting opportunity, and I think since we came up with the idea for the show together, him being the first athlete on it made a lot of sense.

L+T: Did you follow him around to different states and locations? How did the process work?
JP: The idea was to really give an honest portrayal of what an athlete’s offseason is like. There’s a misconception that the offseason is “time off.” We, as people who work for companies, to some extent, have our hours of the day at our job and limited hours on the weekend once in a while; these guys play from October 1st until the end of June – if you’re lucky – playing and traveling and living in hotels every single night. They don’t have one day off the entire season, then the season ends and that’s when the real work begins. That’s when they can actually work on their craft, get better, try things out, get stronger. To me, as a sports fan, it was a really interesting idea to bring to light and show people what really goes on. The goal was to be with Kevin and spend time with him. We weren’t with him everyday, but we were with him more days than not. We were with him when he was working out, with his friends, playing video games, going to photoshoots and a lot of other work obligations that go on during the offseason.

L+T: He was playing with Team USA for a time. Is this after he left or during that same time?
JP: We were with him when he made the decision to leave Team USA. That was obviously a very important part of the summer. For us, we had a whole plan to spend time with him in Spain, then we woke up and it wasn’t [laughs].

L+T: As you mentioned, fans often don’t get to see this side of what athletes go through. I’m sure there were things that you got to see that you weren’t aware of. What was most surprising to you?
JP: I think that you can’t really understand the amount of work that goes into being a professional athlete until you’re with him. He says it pretty clearly at one point in the show: “My day is get up, play basketball, eat, work out, nap, play basketball, eat again and that’s it.” That’s his day. That’s all he has to do and he has to do that. He has no choice. When he’s going on vacation, he’s not going anywhere until he finds out where the basketball court is. It’s everyday, all day and there’s really no days off. I have to assume there was a day when he didn’t work out or play basketball, but I can’t remember it. The other thing that was very interesting is that he is really trying to get better. It sounds like a strange concept, but he’s trying new things. It was very subtle but fascinating thing to me. You’re the MVP of the NBA, and trying to add things to your game. He’s trying to learn new styles of shooting. If you’re the best at anything – if you’re JAY Z, you’re trying to get better – he’s trying to figure out new shots to add to his game. That was one of the most exciting things.

L+T: It’s called The Offseason: Kevin Durant as if there could more of these down the line. Is that part of the plan?
JP: It’s definitely a hope that we have. The goal was to go out there and make a great show with Kevin. It’s such a specific person’s [experience]. There definitely could be more, but it’s less about Kevin, myself and Rich, and more about – hopefully – what HBO feels would be right for it.