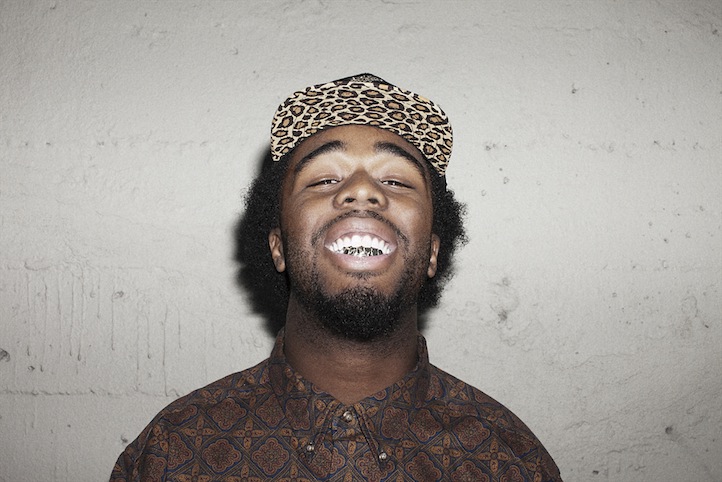 Iamsu isn’t like your typical 23-year-old rapper. While most chase hit records at all costs Iamsu did quite the opposite. “I wanted to completely separate myself from that record,” he says of “Up!”, the record he co-wrote and produced for fellow Bay Area rapper LoveRance. ”It’s always art first and success comes second.” Being attached to a record that peaked at number-two on Billboard’s Rap Charts would have most young artists trying to repeat that formula, but instead Iamsu put his creative aspirations before anything else and so far, that decision has been to be working in his favor. His latest release, KILT II has garnered the attention of major outlets like Rolling Stone, The Fader and XXL and he’s recently been added to this year’s Rock The Bells lineup. Life+Times caught up with Iamsu during his recent trip to New York City and we talked KILT II, Kanye West’s influence and Trayvon Martin.

Life + Times: You’ve said that KILT II is your most instrumental project so far. Was that the goal when you started working on it?
Iamsu: Originally when I started it I wanted it to follow in the vein of the first KILT mixtape and kind of talk about the ills of the industry, my point of view as far as relationships and friends, and maneuvering through the industry as a young person trying to keep my mind right. It just developed into this big musical type of situation where I’m not even rapping on certain songs. I think it was just the state of mind at the time and just a reflection of what I was listening to.

L+T: Speaking of what you were listening to, you were a big fan of Kanye West coming up. I noticed that you referenced Kanye a few times throughout the project.
Iamsu: Yeah, I do and that was just like a tribute to him. The last song on KILT II is sort of similar to “Last Call” – you know like how the story was told. It kind of coincides – and on the song “The Science,” I did that little reference from My Beautiful Dark Twisted Fantasy. So yeah, Kanye West is a huge influence of mine.

L+T: Were there any other artists you looked to for inspiration while recording KILT II?
Iamsu: I was listening to a lot of Daft Punk’s Random Access Memories at the time. I was listening to MGMT and Mayer Hawthorne. I was just getting into a bunch of different types of joints and it was exposing me to different productions and stuff like that.

L+T: The project is mostly self-produced. Would ever work with outside producers?
Iamsu: It just depends on the music. If it motivates me to write then I’ll do it.

L+T: It seems like people are really responding well to your “Father God” record. Did you expect such a great response?
Iamsu: I was playing the chords and I just started saying the words to the hook and the first verse and the music just felt that way. It felt like a Cathedral. I just knew it felt good to me. It was just coming from a real place. I feel like whenever you do that people connect with it. It’s going to be felt. You know?

L+T: Is there a special meaning behind the artwork?
Iamsu: I try to always compare myself to a wolf. I like wolves. It’s kind of like a Michael Jackson thing like when he turned into the werewolf at the end of the “Thriller” video. That video was an influence on me from young. I’ve always had an interest in Egyptian culture. I grew up in an Afro-centric family. Those crazy colors are just my style. That’s how I visualize things when I visualize music. I’m hands-on with everything, so I was just kind of explaining all of that to the artist that drew it. 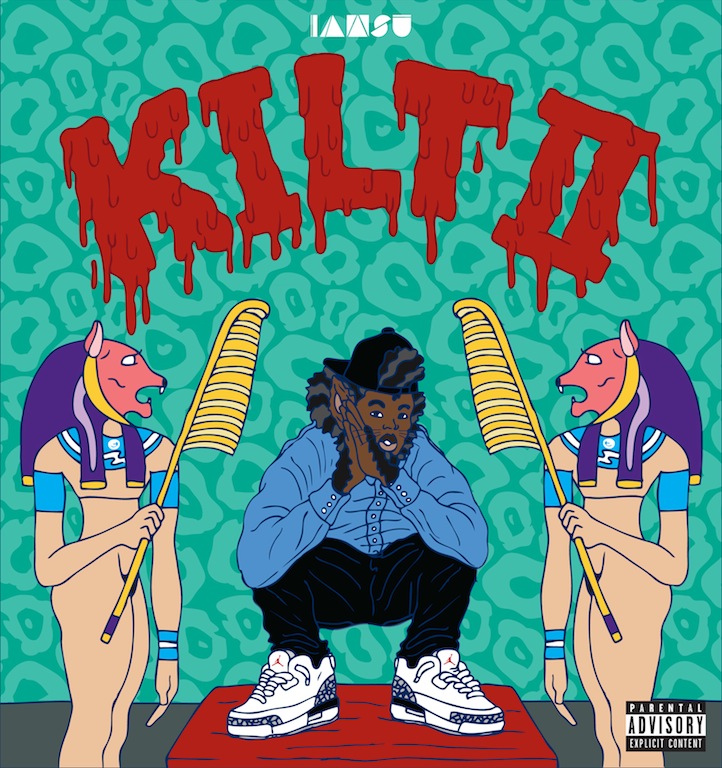 L+T: Congratulations on joining this year’s Rock the Bells tour.
Iamsu: That’s like a validation. It just shows that I’m doing something right. I just appreciate it. I’m super excited.

L+T: Many figures in the hip-hop community have voiced their opinions regarding the Trayvon Martin verdict. Do you believe hip-hop has a responsibility to be vocal about social issues affecting the community?
Iamsu: I personally don’t agree with the verdict. I think it’s just us not being aware of what our laws and rights are. I think we have to take more initiative as far as that. My prayers go out to the family. It’s such a shame that that had to happen, but I’m glad that people are standing up and speaking out about it. I think the music is supposed to be an accurate depiction of what’s going on. Hip-hop has sort of gotten diluted over the years with people associating it with the glitz and glamour, but I think artists have to stay true to what’s going on. I think that’s our responsibility. Absolutely.