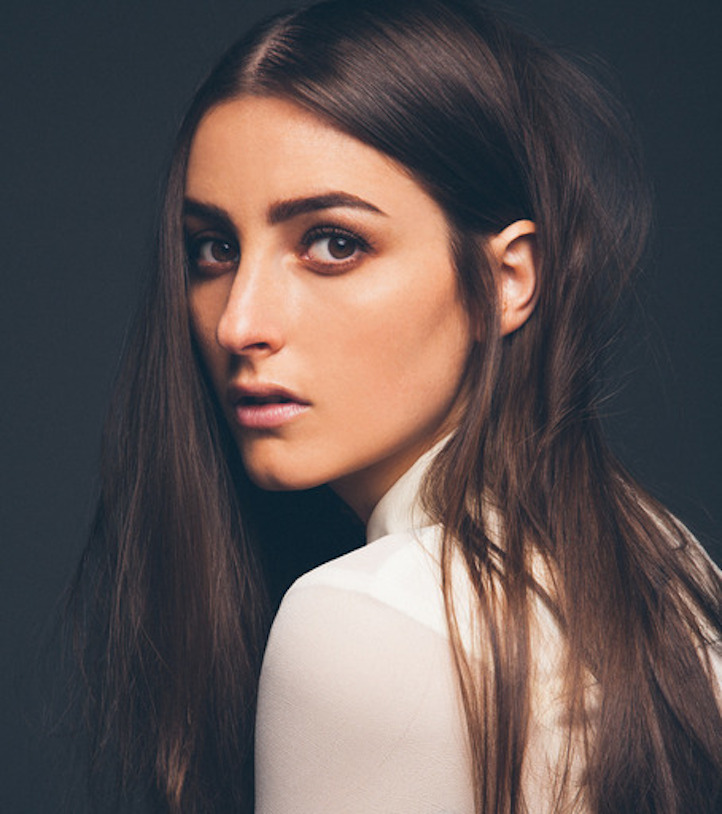 There’s an inevitable level of skepticism attached to any “IT” girl, especially in the case of BANKS, since ethereal chicks are the new black; many a flash in the pan. Her speedy ascent since first becoming blog fodder last Summer has been fortified with a fairly consistent stream of great music. The London EP was hot, as were the series of recent Soundcloud ticklers appearing on her upcoming debut album Goddess. And if you were fortunate enough to catch BANKS extra early as an opener for The Weeknd or on the festival circuit, then you already know she isn’t all smoke and reverb. A whole BANKS concert though is different. It isn’t a 30-minute set before Abel Tesfaye boards a stage or anticipating the next set on the Coachella conveyor belt. This is a Californian (who most assume to be British) on her own in New York City delivering her signature breed of Pensive Pop.

The sold out concert had a “Doors Open” time of 7pm, but BANKS didn’t hit the stage until 10pm, following a set from Jerome LOL (who released a drummed out remix of her “Goddess” track via Soundcloud to celebrate his opening for her). When BANKS hit the smoke-filled stage it was mass hysteria. Draped in all black, she opened with the dark and sultry “Before I Ever Met You,” and from jump it was clear that her voice is even better live than it is recorded. The lighting on the stage turned ultraviolet, ushering in her buzz single “This Is What It Feels Like” before a crowd who chanted the hook in unison. The audience was a cross-section of frat guys in touch with their feelings and girls attempting to replicate BANKS’ swag — with air-dried hair, dramatic liquid eyeliner and an assortment of interesting hats. “I was so nervous about tonight,” she admitted to the crowd. “There is something about New York.” From “Change” to “Brain,” the switch in style showed BANKS’ range, especially on the violently romantic hook on the latter. She moved onto the title track of September’s release (“Goddess”), expressing that “we’re all goddesses,” as a brood of manly men cheered at their newfound title. “A year and a half ago I was in my bedroom alone,” she said, bewildered by her sold-out-and-then-some crowd, as she slid through “Fall Over” and landed into a jazzy rendition of “Warm Water.” Her cover of the late Aaliyah’s “Are You That Somebody” followed, setting the stage for the electronic elixir “Drowning” and her closer “Waiting Game.” Of course there were two encores: the solid “Bedroom Wall” and upcoming album cut “Stick.” Fans roared; BANKS smiled. Her first solo show in the hardest city to sell was a complete success.

Perhaps the fan base of BANKS doesn’t quite understand yet how she isn’t just an artist of the moment. This isn’t like attending an Evanescence concert, only to be forgotten a year from now. Her artistry glowed through her stellar vocals, and this stop in New York City will be one of many — in much bigger venues to come.