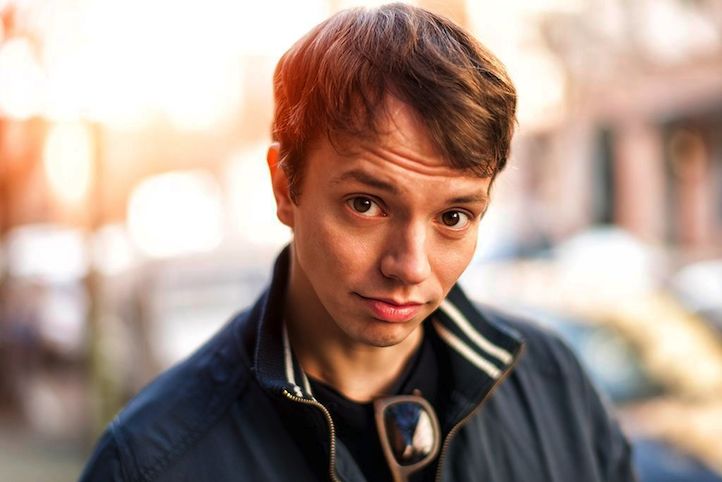 Oh, where can we begin in recounting all of the great artists and musical tastemakers based in Berlin? There’s the Soundcloud headquarters, Boys Noize, Paul Kalkbrenner, and Pan-Pot – these are just some scratch-of-the-surface examples. Another producer-DJ out of Berlin that’s taking his dance music outside of the confines of Europe and into the global arena is Alle Farben (Frans Zimmer). He isn’t a household name just yet, but Frans’ production style is worthy of accolade.  Along with dropping his exclusive Ultra Music mix with L+T, Frans gives us a rundown of Berlin night culture and “synesthesia.”

Life+Times: I personally have things I love and hate about the music scene of the cities I’ve lived in. What do you love and hate the most about the dance music scene in Berlin?
Alle Farben: The thing about Berlin is, that you can have anything at any time. That makes one feel very petted and jaded. One of the best things about the Berlin music scene is that you can go to a club on a Sunday afternoon to dance your ass off – especially when you’re a DJ working most Fridays and Saturdays. As we have so many clubs in the scene, we almost have an oversupply, and often you can’t decide where to go because of too many options. Sometimes you therefore miss the chance to see an artist because you simply did not know he was in town.

The worst thing about going out is that it can’t be too spontaneous anymore. When you get to a good club, be prepared to wait in the queue for a couple of hours.

L+T: Be honest – Do you think Berghain is overrated? I personally would recommend Suicide Circus for the true underground kids. What do you think?
AF: I go to Berghain from time to time and I really like it there. It’s a good club, but to me, it’s not “THE club.” “Berghain or not?” has become somehow a religious question and I do not participate in that dispute. Suicide Circus on the other hand is not really my type of a club. Speaking of underground clubs, I see so many much smaller clubs, for example, in the Neukölln-area, that I cannot even name.

Unfortunately, I don’t have much time to go out by myself. Coming home after a long weekend with two, three, or more gigs usually does not make me want to go out the same day. If there is some spare time, I recommend going to Sisyphos club in the area of Rummelsburg. This club brings the feeling and atmosphere of a festival into a club and I like the vibe that you can get there. Unfortunately, it seems that the club has been closed due to a missing permit, but I expect it to open again this winter. Then, it probably will be as crowded as the other clubs in Berlin.

L+T: In May, you released your debut album Synesthesia – I Think In Colours. That’s a mouth full for a title, but congrats! How did this album meet up to, exceed, or undermine your expectations? Did you even have expectations?
AF: Thank you! First of all, I have been DJing for the past 10 years, and so making an album was something completely new for me. I have done a lot of remixes and some EPs from time to time, but it took me quite a while to challenge an album. Honestly, I did not have any expectations and therefore I was pleasantly surprised by the impact the album had so far.

Now I am really looking forward to the release of the album in the rest of the world, as it has been released in GSA (Germany, Switzerland, and Austria) only so far.

L+T: On a random note – What are you listening to outside the electronic dance music world of artists?
AF: I must say, my personal background does not have something to do with electronic music at all. My parents were dawdlers, old ’68 hippies, and I got in contact with all styles – for example, punk rock and classical rock. I am really inspired by “handmade music” as I love to go to concerts. Today I enjoy artists like Ólafur Arnalds [and] a German band called Hundreds. In general, I like indie rock and all kinds of classical music.

L+T: Is a DJ a musician?
AF: Nowadays, unfortunately, I would not generally say so. Having a computer with an auto-synch function and the Top 100 playlist ripped down from YouTube does not mean you’re a DJ – especially not a good one. But apart from that, yes, a good DJ is of course a musician. I think you need a lot of practicing, get your hands on the technique, spin some vinyl or CDs, [and] mix them into each other without a beat matcher. Then, you can call yourself a musician. Only playing record after record though does not meet up with my expectations of a musician.