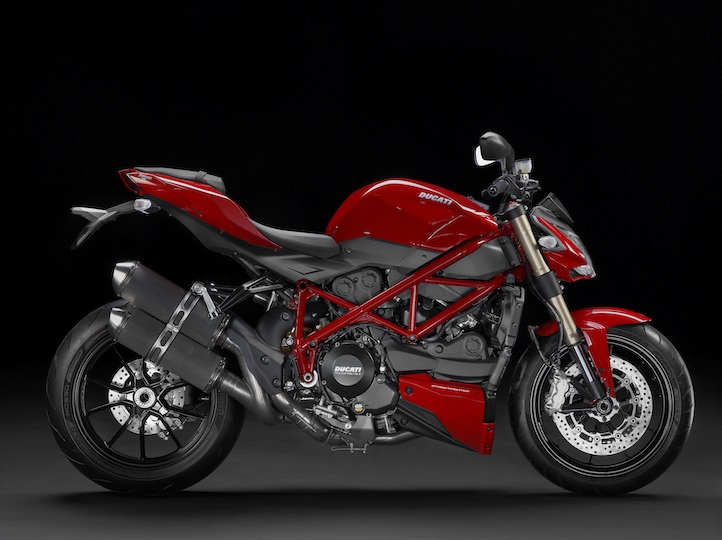 In 1926, three brothers, Adriano, Marcello and Bruno Ducati founded a company to produce radio components in Bologna, Italy. Eventually it would start providing the bones and impetus for Ducati motorcycles. In 1950, Ducati produced its first motorcycle, a 60 cc bike weighing 98 pounds, with a top speed of 40 mph. By the middle of the 1960’s, Ducati was shattering records with its bikes, and wooing motorcycle enthusiasts with its distinctive desmodromic valve design.

Ducati is a company tuned to its Italian heritage. The latest motorcycle to come to the market is the Ducati Streetfighter 848, what motorcycle enthusiasts describe as a naked motorcycle – a performance-minded bike meant to suit multi-purpose usage. The rider sits upright, straddling the lean, sinewy bike for easy everyday riding, but with access to plenty of thrilling performance from the mighty 848 Testastretta 11° engine, which has a top speed of 150 mph and is equipped with traction control for handling. The Streetfighter 848 is the scrappy little brother to the Streetfighter S, but with it’s own reputation for good looks. The Streetfighter 848 was voted “most beautiful bike” when it was unveiled in 2008 at the International Motorcycle Show in Milan. 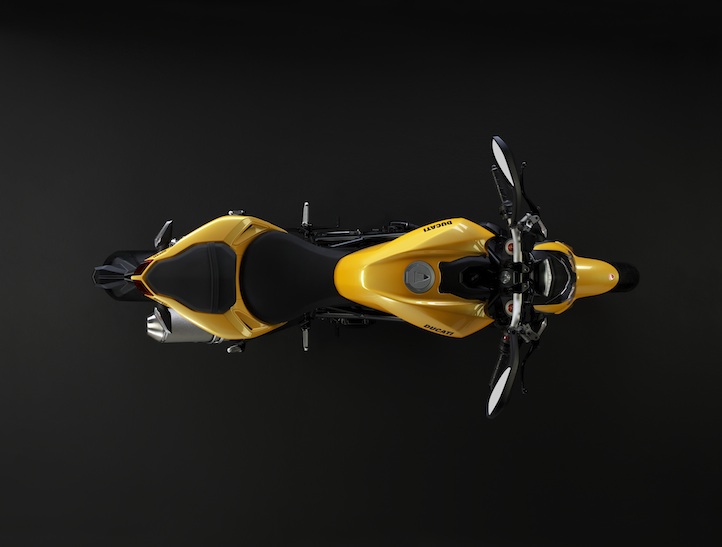 “The Streetfighter concept and culture is absolutely urban, but as a sport bike company, we also blended in great performance for every rider’s favorite winding road,” said Tim Collins, a Ducati spokesperson. Ducati has a high standards for design, in which form must follow function. “Sure, ergonomics affect design, but there always has to be a balance with the functionality of performance,” Collins said. “Obviously, the design of a Superbike focuses on a very different ergonomic brief to that of a touring bike. A sport naked like a Ducati Monster or Ducati Streetfighter is a very clever mix of the two so as not to compromise its overall style, form and function.” 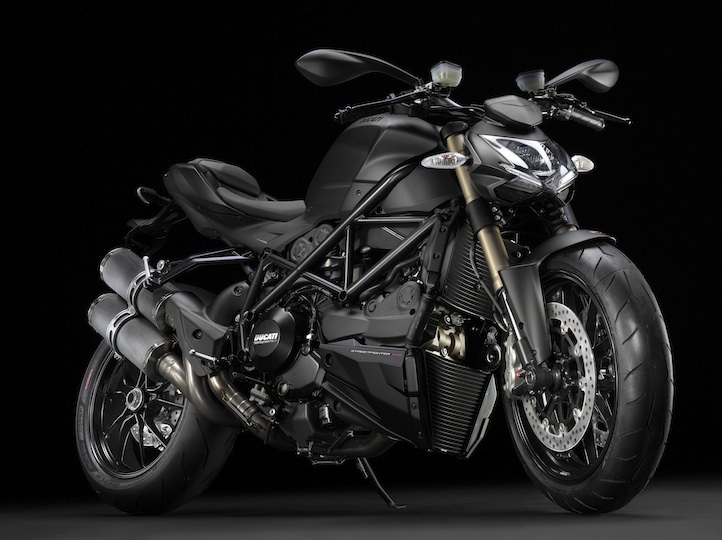 Ducati purists prefer the look-at-me pass-you red exterior. “The color issue with Ducati is pretty interesting. Red has always been associated with our racing heritage and for most Ducatists and new owners to Ducati, red is the only color. It’s the color of passion and I guess that’s what we’re all about,” Collins said.

However, the motorcycle will also be made in matte black and yellow to suit a broader range of riders. “It’s along the same lines as the question you would have to ask yourself in a Ferrari showroom. Would you choose red because that’s Ferrari’s color or a subtle grey because of its sophistication? Yellow represented our famous mid-range race bikes when we competed in World Supersport and it took on an incredible following. With the introduction of a mid-range Streetfighter, we thought it was time to re-introduce yellow and we immediately received positive feed-back all over the world.”

Ducati uses sophisticated lightweight aluminum materials across its lineup. While carbon fiber is used on the bigger Streetfighter S, materials can be added into the Streetfighter 848 as accessories to add extra performance enhancements. The Streetfighter 848 is the first new motorcycle to hit the streets in the 2012 Ducati lineup, which includes: Superbikes, Streetfighter, Monster, Multistrada, Diavel and Hypermotard. 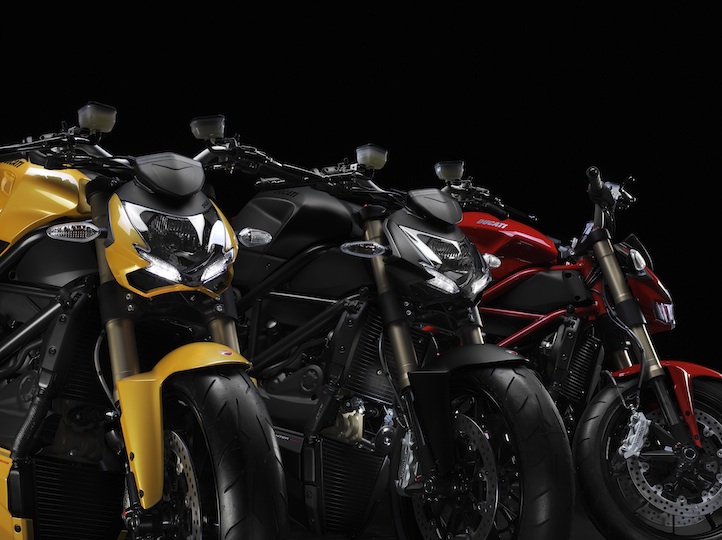